Delhi Capitals may have finished one step short of IPL glory, but the 2020 season was a memorable affair, writes assistant coach Mohammad Kaif. “Can you come for the batting nets, bhai?” It was Shikhar Dhawan on the phone in July in New Delhi. It had become our Covid routine of sorts; by the time I would reach, he would be ready, waiting. It would come to my mind later when he started to find touch midway during IPL; everyone does prepare well and sometimes when it clicks as well as it had done for him, it does feel good.

Those stints were our gentle re-entry to the game in these unusual times. I was eagerly looking forward to the tournament, to exchange notes with Ricky Ponting, Delhi Capitals’ coach, to discuss strategies and to the pre-game buzz. Truth be told, I was also not troubled by the quarantine restrictions – neither before nor now after enduring it – but just glad that BCCI had managed to pull off one of the greatest competitions of our times. It of course helped that my team, Delhi Capitals, reached the final for the first time ever in 13 years.

In the first half, we were the team to beat and though we slipped later, we clawed our way back though we eventually lost to a very professional unit in Mumbai Indians.

“Bat first” and “There is no dew here” were the thoughts that we would often discuss at our meetings in the first half of the tournament. Many teams like to chase in T20, the rationale is understandable; you know the target and the dew makes things easier for the batsmen. But without the dew, the key advantages fade away and it comes down to what suits the composition of the team. With our unit, it was perhaps best to let the young batting line-up to bat freely and then let our fine bowling unit defend it. My thinking (that firmed up more and more as the tournament progressed) was that if the opposition team was under scoreboard pressure and had to take risks against our bowlers – we had both pace and spin covered with great quality from Kagiso Rabada, Ishant Sharma, Anrich Nortje to R Ashwin, Amit Mishra, Axar Patel, with adequate backups if needed.

As the injuries hit us in the second half, team balance shifted and pitches slowly started to change. Like so often in T20 tournaments, you couldn’t be too fixated with one idea and had to tailor the decision at the toss according to the demands of the situation.

“Lost tosses but won matches” – was our trend in the first half. Unsurprisingly, most teams chose to chase, and it didn’t work for them. Even if our batsmen scored par scores, we had the bowling to defend those totals. Ricky and I were always trying to prepare for the what-ifs as much as possible and suddenly we were facing them. Ishant Sharma got injured, so did Amit Mishra which would upset our bowling balance. Still, we had things under relative control. Ponting was his inspiring best, rallying the team to greater things. His working style remains simple: the support staff would throw around ideas, have a chat in the bus and at the hotel, and he would get in the captain Shreyas Iyer for the breakfast meeting. Over food and coffee, Iyer would be presented our views, we would hear his views, have a healthy discussion – and Ponting was clear that the captain should have the final say. He gave Iyer the space and the support to do so.

Iyer is a young captain, thrust into the role after Gautam Gambhir decided to step down. It wouldn’t have been easy, especially considering the frenetic nature of T20 cricket, but he stepped up. He would have loved more runs for sure but the way he came back in the final, soaking up the pressure of early wickets, showed his mettle.

By being open himself, Ponting allowed that trait to seep into the team. I remember the final, wickets fell early and there was a thought to send Shimron Hetmyer at No. 5. It just occurred to me that in case we promote Rishabh Pant up the order, things might ease. Without the worry of run-rate, the innings would be stabilised and Hetmyer can be kept as a finisher. Ponting readily agreed and conveyed his trust in Pant in the big game.

Right through the tournament, we were also toying with the idea of opening with Marcus Stoinis but didn’t as we had Indian openers of quality in Prithvi Shaw and Ajinkya Rahane to partner Dhawan. Once Shaw lost form, Ponting chose the crunch game, the qualifier against Sunrisers Hyderabad, to unleash Stoinis who seized the moment for us. Stoinis has been our Hulk this tournament, starring with bat and ball in the tournament, ready for any challenge. With Ponting always open to ideas and suggestions, ours was quite a democratic dugout. 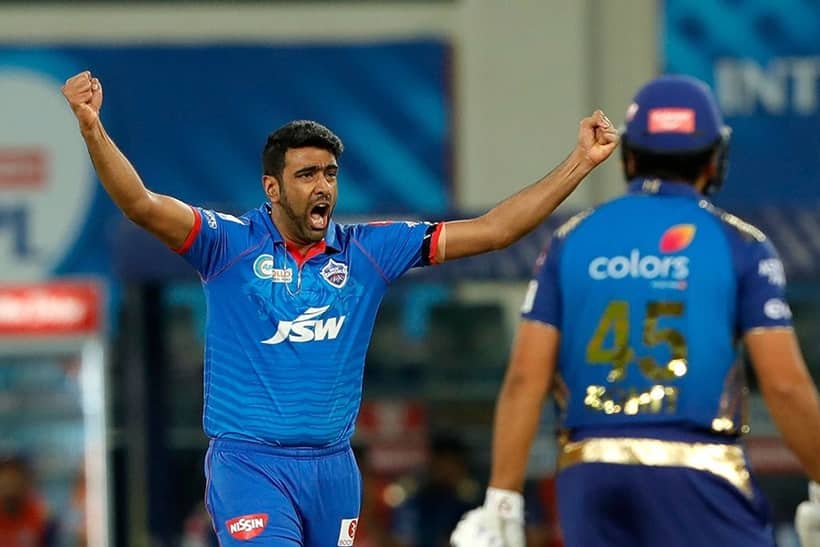 If I glance through my IPL 13 notes – remember that thick black book I used to keep writing in during games – I see R Ashwin’s name. He was marvelous in the powerplays. In fact, I would say that he was our leading strike bowler, quite a thing to say with the incredible Kagiso Rabada in the mix but Ashwin was that good with the new ball. He took out the top guns: from Chris Gayle, Rohit Sharma, Nicholas Pooran to Virat Kohli. He is always up for a challenge and has the skills and self-confidence to back himself up. Axar was our unsung hero in many ways, showing enough cricketing intelligence in his bowling and a lot of potential with the bat. Trust me he has it in him to be a true all-rounder. I have watched him closely, he can be trusted to play the new ball and he also has a great bat-swing to score big runs later in the innings.

Another player who was a delight to work with was Rabada. He is a true professional. KG landed in UAE just a week before the tournament and I still remember the intensity in his training. You could sense that he was very keen to find his touch and hit the rhythm quickly. Just the second day itself, you could see he was beginning to get things under control. He has great clarity about what he wants to do, what works for him, and the willingness to work very hard for it.

He was the one who set the tone for us with his outstanding performance in the first game. He took a catch in the last ball of the regular chase to drag it to the Super Over where he did the unthinkable of giving just two runs and knocking out KL Rahul and Nicholas Pooran.

In the first half of the tournament, the ball gripped on the surfaces and bounced more – and he used his cutters really well. As the surfaces flattened out a bit in the latter half, he began to make adjustments on the fly. Throw your mind back to the ball that dismissed David Warner in the qualifier: Full and swinging into the left-hander. Until then, in the tournament, he had operated at his natural back of length but adapted superbly to the conditions on that day. A campaign can’t be successful without selfless senior players. Who better than Rahane? In our training sessions, he was like a kid, wanting to be the best fielder out there. Irrespective of whether he was playing or not, he prepared passionately and helped his team-mates. And in that must-win game, he stood out in the way he calmly steadied the nerves and guided the chase. The final could well have turned out differently had he not been a touch unlucky to get out, caught down the leg side but that’s how the game rolls sometimes.

All in all, it was a campaign from which we learnt a lot; it was satisfying, humbling, enriching. I would like to thank the team management for laying the team’s base by picking very skillful players. We reached the final this time, hopefully, we can go one step further next year.