Ajinkya Rahane, along with Cheteshwar Pujara put up dogged resistance against a probing England attack in the second Test at Lord's to keep India in the game. 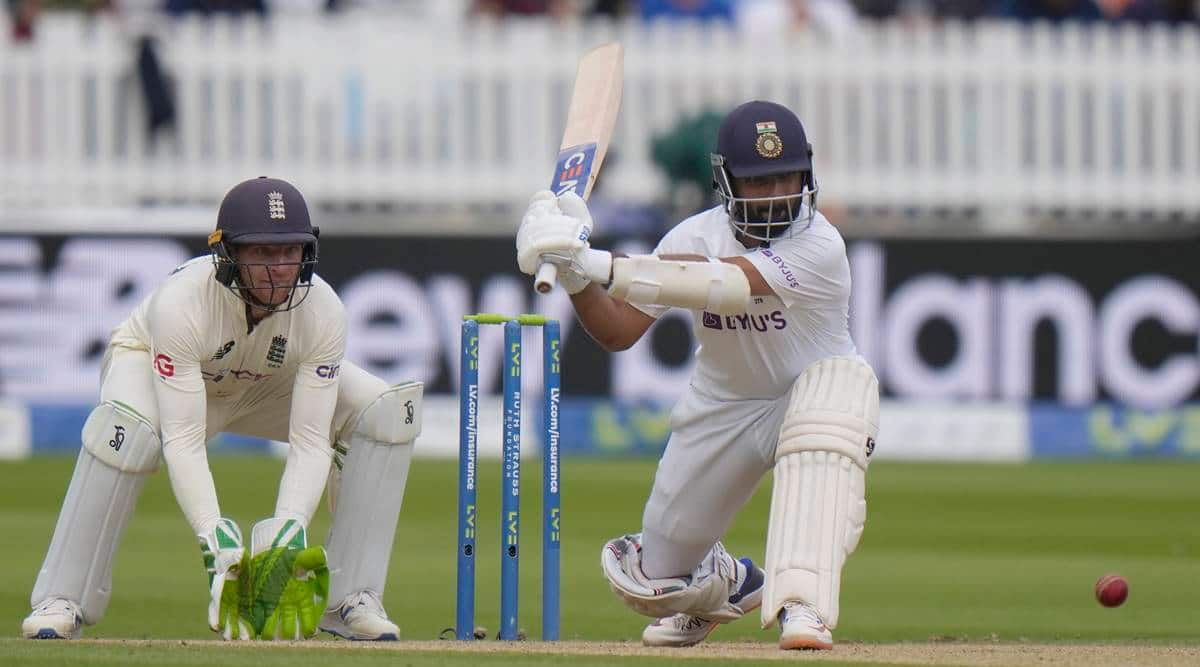 India vice-captain Ajinkya Rahane remains unperturbed by all the noise surrounding his form and has backed himself to perform under testing conditions. Rahane, who has been the Indian team’s crisis man in SENA countries, had three ordinary outings in the first two Tests of the England tour which raised questions on his form and the resulting pressure on the lower order. But he answered his critics in his fourth innings of the series in the best way that he can – a sublime knock of 62 off 145 deliveries on Day 4 at Lord’s which gave India valuable runs to play with on the final day.

“I am happy people are talking about me. I believe people talk about important people and I am not too concerned about that. It’s all about contributing to the team. Pujara and I know how to handle pressure. What I cannot control, I am not worried about,” said Rahane in a virtual press conference ahead of the third Test against England at Headingley, Leeds.

“It was really satisfying, I always believe in contribution and for me, I always think about the team and my innings of 61 was really important. Team performance is always the ultimate goal,” he added.

Rahane, along with India’s no.3 Cheteshwar Pujara put up dogged resistance against a probing England attack on the fourth day. The senior statesmen shared a valuable stand of 100 runs for the fourth wicket to steady the Indian innings after the visitors lost their top three for 56 runs by Lunch. While Pujara scored 45 off 206 balls and Rahane hit 61 off 146 deliveries. Both the batsmen were desperately searching for runs and showed the grit and determination to get back in form. While it might not have been a big hundred but the number of balls consumed kept India in the game.

“The communication was all about hanging in there thinking of small targets and building on from there. People talk about Pujara batting slow but that innings where he played more than 200 balls was really important for us. Our communication was really good and am happy we were able to do that,” explained Rahane.

Looking ahead at the Headingley Test, Virat Kohli’s Team India has arrived in Leeds for the third Test against England which begins on Wednesday. The Indian cricket board also shared pictures of Indian cricketers from the training session. The likes of captain Kohli, Rohit Sharma, and KL Rahul and Rahane were seen sweating it out at the nets.

When asked about how the Indian team is planning to adapt to the different conditions at the ground, Rahane said, “Not thinking too much about conditions. All players are in a good headspace and it’s all about having confidence and putting the best foot forward.”