The Champions League is proving a welcome distraction for Manchester United as Ole Gunnar Solskjaer struggles to tame a volatility in domestic performances that has ignited concerns about the team's identity and direction under its former striker. 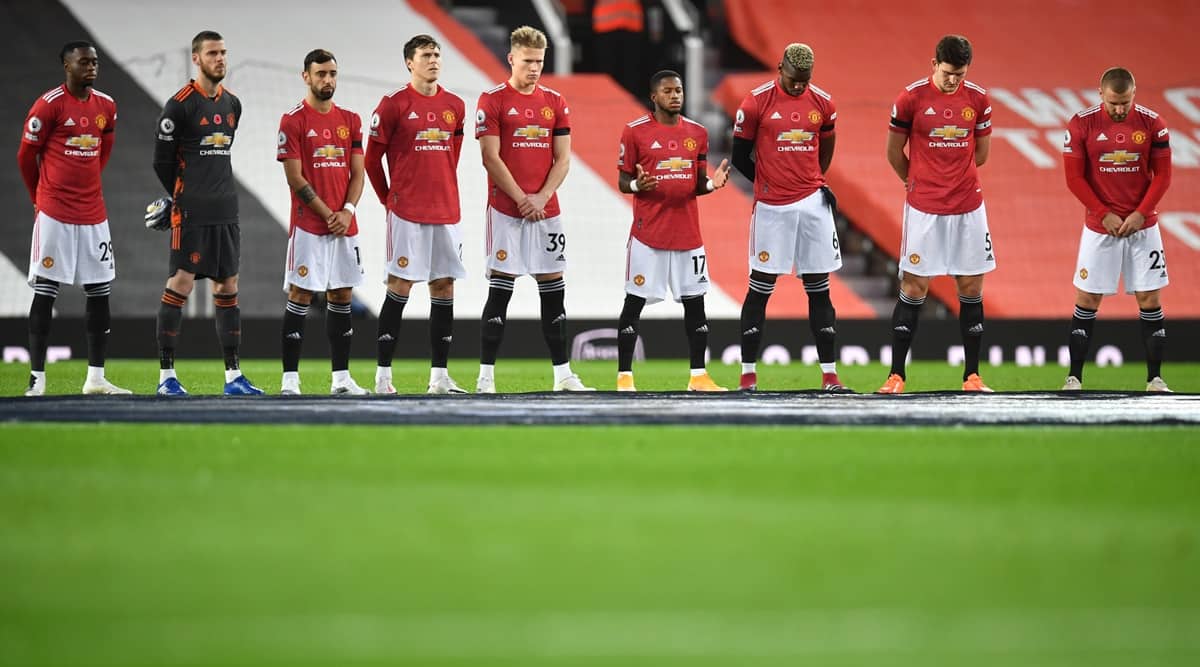 The Champions League is providing succour for Manchester United as Ole Gunnar Solskjaer struggles to tame a volatility in domestic performances that has ignited concerns about the team’s identity and direction under its former striker.

Drawn in one of the toughest Champions League groups alongside two teams who reached the semifinals last season, United has consigned star-studded Paris Saint-Germain to a first group-stage home loss in 16 years and handed Leipzig _ the-then German league leader _ the heaviest defeat (5-0) in its 11-year history.

How, then, can the same United be in 15th place in the 20-team English Premier League after failing to win any of its first four home games for the first time in nearly 50 years? How to explain conceding six goals to Tottenham one game, netting four at Newcastle the next, and then failing to score against Chelsea and Arsenal?

Amid a turbulent start to the season that has seen Paul Pogba and Alex Telles contract the coronavirus, Harry Maguire get arrested in Greece, and Mason Greenwood get dropped from the England squad for misbehaviour before also reportedly having disciplinary issues at United, Solskjaer has been forced to change personnel on a regular basis.

He has also switched systems of late, from a 4-3-3 that was favored for most of last season to a diamond formation in midfield.

One week, a player or a system works; the next, it doesn’t.

One week, Solskjaer appears to have turned the corner; the next, he faces renewed accusations of being out of his depth.

Pogba looked like his old self as he surged through midfield from his favoured inside-left channel against Leipzig last week. Days later, he was giving a penalty away in the 1-0 loss to Arsenal and admitting to a “stupid mistake.”

Perhaps such variance is to be expected in this truncated season like no other, featuring games every three or four days for the teams in European competition. After all, Liverpool has suffered a 7-2 loss at Aston Villa and Manchester City a 5-2 home loss to Leicester.

But United’s form is oscillating more wildly than anyone’s, especially when comparing displays in the Premier League to those in the Champions League.

“You know, results can sway the picture,” Solskjaer said on Tuesday. “Sometimes there are fine margins in games. We have had some good games where we’ve not had the results we deserved.

“These two (against PSG and Leipzig) show the quality we have but we aren’t going to get too far ahead of ourselves. . We are working to get our consistency because us, at our best level, can beat anyone.”

While much about the team remains a mystery, it is abundantly clear that, under Solskjaer, United is best as a dangerous counterattacking side, one which has most joy when opponents come out and go toe-to-toe, as the strong teams tend to do in the Champions League.

The pace of Marcus Rashford, Anthony Martial and Greenwood in behind defences is lethal, as shown against Leipzig.

It remains to be seen if Istanbul Basaksehir, a group-stage newcomer in the Champions League, is wise to this fact in its doubleheader against United either side of the international break, the first of the back-to-back games being in Turkey on Wednesday.

Two wins, and United might qualify for the knockout stage with two games to spare. But it is just as easy to predict Solskjaer’s team labouring against a Turkish champion whose defense contains two names familiar to the Premier League _ former United full back Rafael and ex-Liverpool center back Martin Skrtel.

Solskjaer appears unsure who to play in midfield at the moment, especially whether Scott McTominay, Fred or Nemanja Matic should play in the withdrawn role, and how best to integrate Donnie Van De Beek when there is already an attacking playmaker in Bruno Fernandes.

The coach also has the dilemma of how Uruguay striker Edinson Cavani, a signing on deadline day in the summer transfer window, fits into the attack.

“It is always positive to have options and ways of playing,” Solskjaer said. “We have a style we want to play and we have 11 players who rotate in different roles and different positions.

The consistency isn’t, though. And in a season as frenetic as this one, there are growing doubts about whether Solskjaer can find it.