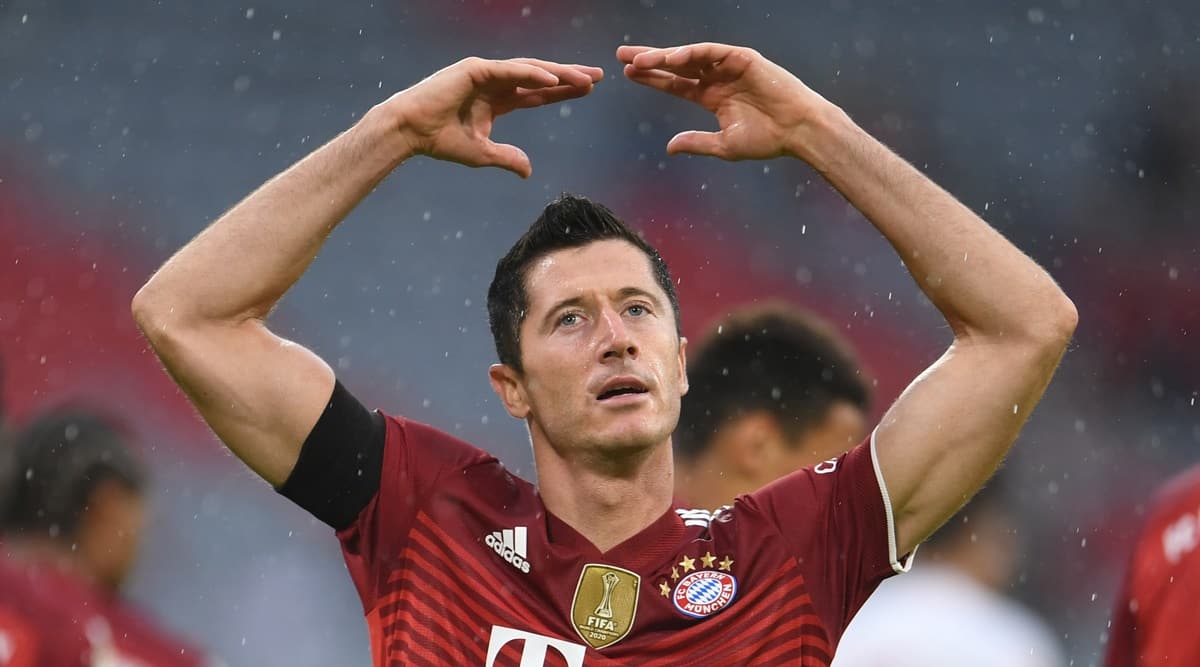 Bayern Munich set a European scoring record as it beat Cologne 3-2 for its first Bundesliga win under new coach Julian Nagelsmann on Sunday.

Serge Gnabry scored twice and Robert Lewandowski got the other goal to ensure Bayern became the only team among Europe’s top five leagues to have scored in 74 consecutive games in all competitions. That run started after a 0-0 draw with Leipzig in February 2020, when Nagelsmann was in charge of Leipzig. Bayern previously shared the record with Real Madrid.

Bayern, which is going for a record-extending 10th consecutive Bundesliga title, was held 1-1 by Borussia Monchengladbach in the league’s opening game last weekend.

The defending champions were keen to make amends but received no gifts from new coach Steffen Baumgart’s hardworking Cologne team.

“The result is good. The game was much too wild,” Nagelsmann said. “It was like a preparation game for both teams, very open, very wild, with lots of room. It was similar to the Gladbach game for long periods.”

Thomas Muller missed a good chance in the eighth minute and Niklas Sule forced a good save from Timo Horn in the Cologne goal after pulling off a Zidane-style turn to get past a defender.

Nagelsmann reacted at the break by bringing on Jamal Musiala and Josip Stanisic for the ineffective Leroy Sane and Tanguy Nianzou.

The changes had an immediate effect with Musiala missing a chance before doing brilliantly to set up Lewandowski for the opener in the 50th minute.

Gnabry got the second in the 59th with a volley to Thomas Muller’s cross. Anthony Modeste met Jonas Hector’s cross with a powerful header, two minutes before Mark Uth equalized for the visitors.

Gnabry was clearly in no mood to settle for a point, however. The Germany forward fired in his second goal inside the top corner from the right in the 71st.

“Bayern won in the end through an individual action,” said Baumgart, who complained his team had shown “too much respect for Bayern.”

There were tributes before the game for Gerd Muller, the former Bayern and West Germany great who was known as “Der Bomber” for his scoring prowess. Muller’s record 365 Bundesliga goals helped lay the foundations for Bayern’s success. Muller died last Sunday, aged 75.

“We will miss you very much,” former teammate and later Bayern president Uli Hoene told the stadium with tears in his eyes before kickoff.

Earlier, Taiwo Awoniyi earned Union Berlin a 2-2 draw at Hoffenheim with the equalizer early in the second half. Union defender Marvin Friedrich was sent off in second-half injury time with his second yellow card.