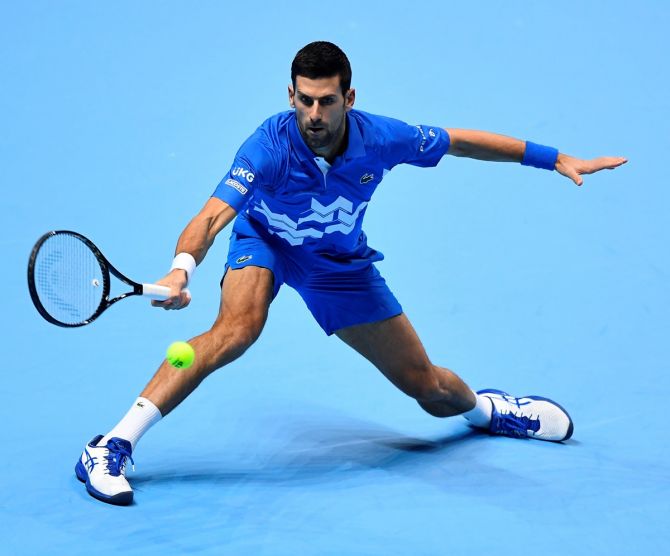 Diego Schwartzman suffered a similar fate to fellow ATP Finals debutant Andrey Rublev the previous night as the Argentine was brushed aside by five-time champion Novak Djokovic on Monday.

The Serb dropped his serve early on at the virtually empty O2 Arena, where on Sunday he was presented with the ATP’s end-of-year number one award for a record-equalling sixth time.

But from that moment on he was immaculate.

He broke back immediately and then pounced again when Schartzman served at 3-4, outmanoeuvring his opponent before pummelling away a forehand winner into the corner.

With no fans in the 18,000 arena to rally to the Argentine’s underdog cause, world number nine Schwartzman never looked capable of turning the opening Tokyo Group match into a contest.

Djokovic secured two breaks in the second set and clinched victory with a minimum of fuss.

“I was very happy the way I played in the second set when I started swinging through the ball,” Djokovic said on court.

“It was close I think until I broke at 4-3. It was tough for Diego, first match in the arena he maybe wasn’t playing his best in the closing moments of the first set.”

The 33-year-old world number one is bidding to win the title for the first time since 2015 and equal Roger Federer’s six.