Ankita Raina and Prajnesh Gunneswaran have been nominated for the prestigious Arjuna award by the national tennis federation. 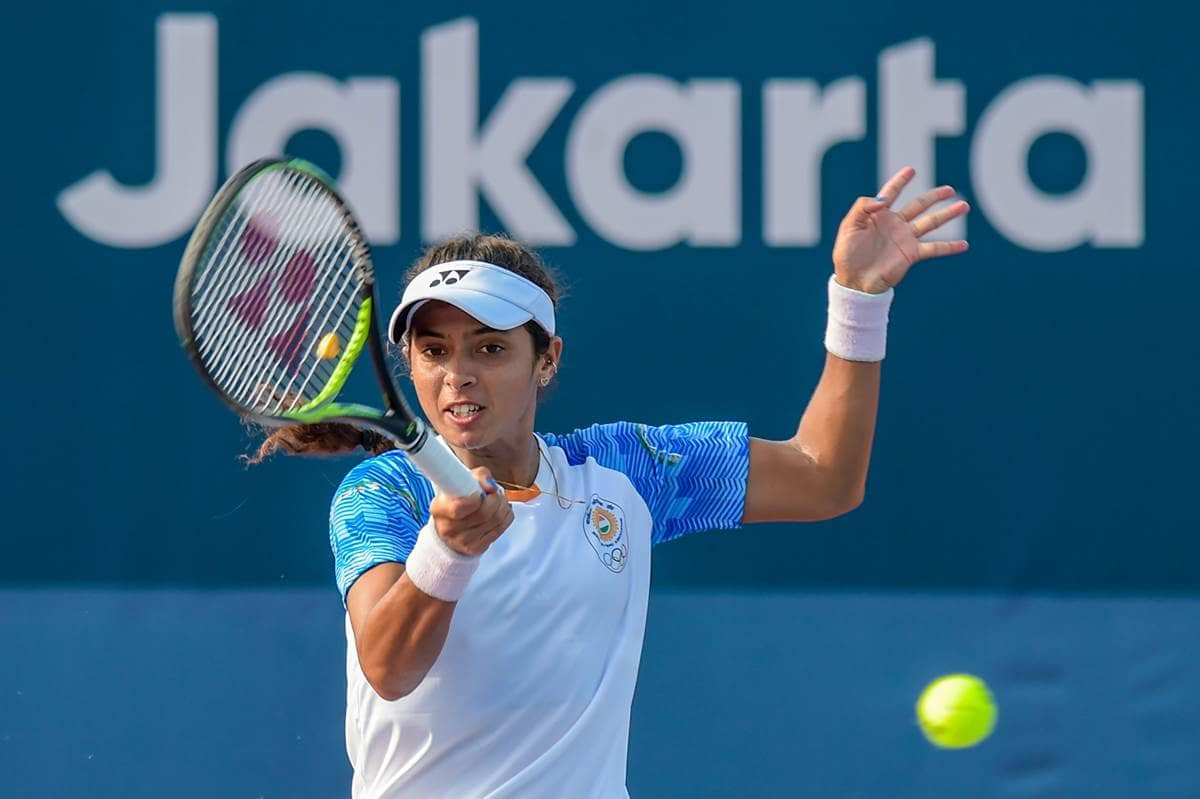 Asian Games bronze medallists Ankita Raina and Prajnesh Gunneswaran have been nominated for the prestigious Arjuna award by the national tennis federation, which has also sent names of Balram Singh and Enrico Piperno for the Dhyanchand honour.

Ankita and Prajnesh both won singles bronze medals at the 2018 Asian Games held in Jakarta and Palembang.

Ankita is now country’s best-ranked singles (182) and doubles (95) player and is set to make his Olympic debut at the Tokyo Games next month.

“This year we have nominated Ankita and Prajnesh for Arjuna while the names of very respected Balram sir and Enrico Piperno have been sent for life time achievement honour, Dhyanchand,” an All Indian Tennis Association (AITA) official told PTI.

The 28-year-old Ankita has been India’s key player in the Billie Jean King Cup team for the last three years.

She was nominated for the ‘Arjuna’ last year also but Asian Games gold medallist Divij Sharan succeeded in bagging the award.

Prajnesh is one of the most mature players in the current Indian generation. Had he not lost five crucial years to knee stress fractures, his career would have been an altogether different story.

The 31-year-old left-hander from Chennai, ranked 148 on the ATP charts, has played five Davis Cup ties for the country.

In the Lifetime achievement category, Balram Singh, who has a 50 year-long association with the Indian tennis, will vie for the honour along with Piperno, who coached the Davis Cup team between 1991-2001 for 27 consecutive ties.

The 73-year-old Balram, one of those extremely shy and non-controversial figures in Indian tennis, coached the Davis Cup teams in 1989 (South Korea) and 1990 (Japan).

He himself reached the junior Wimbledon and junior US Open quarterfinals in 1966.

That he has always preferred to stay away from the limelight and work in the background is evident from the fact that he has applied for an award for the first time.

He also established Balram Singh Trust to support talented junior players. Balram is a member of the senior selection committee and also headed it in the past.

His children — Ashutosh Singh and Shalini Thakur — have also played tennis at a good level. While Ashutosh won the Fenesta Nationals and was also a reserve player in the Davis Cup side, Shalini has played the Fed Cup.

The 59-year-old Piperno also has an impressive CV as he himself is an 1982 Asian Games silver medallist was coach of India’s first Grand Slam winner Mahesh Bhupathi from 1997 to 2003 and also travelled for with legendary Leander Paes.