Umran Mallik, the son of a local fruit and vegetable seller, clocked 150 kmph on his IPL debut for Sunrisers Hyderabad. 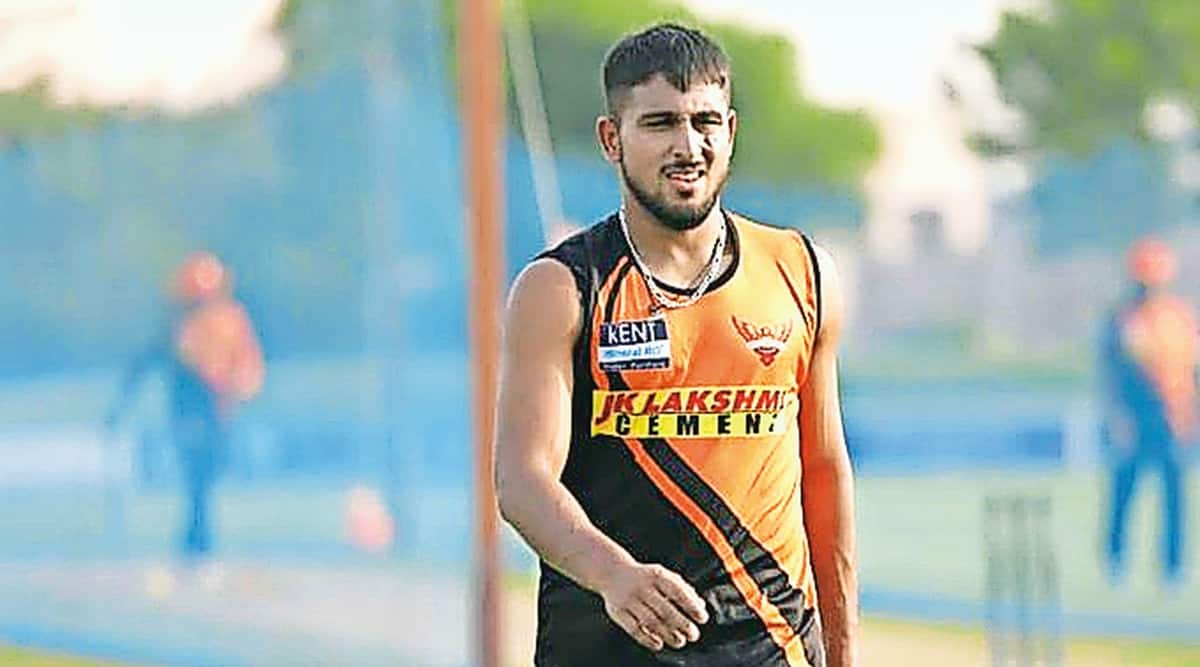 That’s when Umran Mallik, the son of a local fruit and vegetable seller, clocked 150 kmph on his IPL debut for Sunrisers Hyderabad.

Umran isn’t the first Indian to touch that magical mark — Javagal Srinath, Varun Aaron and Jasprit Bumrah are among those who have been there before — but cricket’s obsession with young tearaways and the 150 milestone has triggered a growing buzz around the 21-year-old.

It’s been quite a journey for India’s latest pace sensation, and one that had his father Abdul Mallik worried for a while. Occasionally, when Umran would step out to play tennis-ball cricket at night, the father would secretly follow.

“You know how this age is. There are a lot of youngsters who are spoiling their lives by taking drugs and such. I was worried. But he (Umran) convinced us that the only ‘nasha’ (high) he has is playing cricket, so the family need not to be worried. Sometimes, I used to hide and see whether he was actually playing or not,” Abdul, now an elated father, tells The Indian Express.

From being a net bowler for Sunrisers to rubbing shoulders on match day with the game’s greats in IPL, life has moved rapidly for Umran who began his career just four years ago on a concrete pitch in Gujjar Nagar. At the IPL nets, he had been troubling teammate David Warner and on debut, consistently hit over 140kmph in his first over to hurry the likes of young India star Shubman Gill.

But then, Umran’s real journey had begun quite a while back when he landed at the coaching nets near his home without even proper cricketing shoes. “He was a simple lanky boy who wanted to bowl in the nets. I said, ‘Ok, bowl’. We had a player who used to play for the J&K team. He saw Umran and told me, ‘Sir, this boy has sheer speed and can be nurtured to play higher cricket’. Who knew then that three years down the line he will be playing IPL,” says Randhir Singh Manhas, the coach.

Umran went for the under-19 trials in Jammu and was later picked for the J&K team. He was spotted by J&K veteran Parvez Rasool and coach Irfan Pathan, who were looking for talent across the region. “Some of the junior players in our side used to be afraid to face him. They feared they would get hit. He had raw pace, which caught everyone’s eye,” Rasool says.

Pathan, the former Indian bowler, was also impressed. “You could make out his pace from the way the wicket-keeper used to collect his deliveries. He was a natural fast bowler. Like any young kid, he loved to hit batsmen, hit them on their thigh pads. He was a touch raw, he had a high jump while landing, so we worked on it,’ Pathan says.

J&K give Umran a chance last season when he played a game in the Vijay Hazare and Syed Mushtaq Ali Trophy tournaments. Soon, his friend Abdul Samad, who plays for Sunrisers, recommended his name as a net bowler.

And this season, when pacer T Natarajan was ruled out due to Covid, Umran got a chance as the replacement. “I was told that he bowled brilliantly in one of the net sessions to Warner, and didn’t give him a chance. His raw pace impressed everyone and that is why he was roped in as a replacement for Natarajan,” Pathan says.

Pathan feels Umran’s big challenge will come with the red ball in first class cricket. But for now, back in Gujjar Nagar, Abdul is enjoying his 15 minutes of fame with his son’s 150 kph moment. “God has been kind, I never thought I would see my son play in the IPL. I sell fruits and vegetables, and this is a dream come true for all of us. Now, I hope to see him playing for India one day,” says the father.