A relevant, detailed text that explores, through the prism of the arts, violence that is embedded in our democratic fabric. 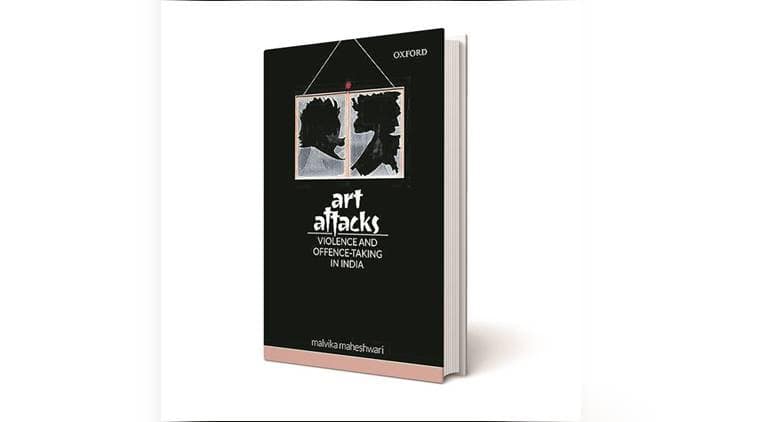 It isn’t an overstatement to call Malvika Maheshwari’s Art Attacks: Violence and Offence-Taking in India a book that deeply resonates at this time. Reading it during the build up to the 2019 elections, and even while the results were getting announced on May 23, felt portentous. To begin with, we are made privy, in the Introduction, to Niraj Jain’s account of his leading role in a violent incident against artists at the Faculty of Fine Arts of MSU Baroda, in 2007. He describes himself, writes Maheshwari, as a “militant defender of Hinduism”. That he’d expressed a sense of moral outrage “on behalf of all Hindus” on seeing art that disrespected “Hindu dharma”.

Most of us would take up the position of opposition to such acts. We would frame the attackers — as it has been widely done in media debates, blogs, reportage — as “hooligans”, “barbarians”, “mindless followers” or “chamchas”. We would align, quite easily, the intensification of these attacks on art with the radicalisation of the Hindu nationalist movement and the rise of its political wing, the BJP, since the early 1990s. Admittedly, it seems the obvious position to take up. In the wake of these elections, too, this kind of divisive rhetoric flies fast and furious: them versus us. The polarisation, in a way, seems complete. Yet it is here, within Maheshwari’s text, that I found space for re-consideration, re-understanding, and, most importantly, re-imagining.

Art Attacks emerges at the end of eight years’ worth of research, including interviews with party workers, political activists, artists and the “art world” professionals, and places “the nature of the violence of offence-taking” at the centre of its inquiry. Around this, the chapters are arranged into Prescript, Politics and People: they review post-Independence free speech debates of the Constituent Assembly of India, follow the development of Article 19 (freedom of expression) of the Constitution, trace the criminalisation of Indian politics and examine the rise of Hindu nationalism alongside communal conflicts (which makes Chapter 4 most powerfully prescient).

A chapter is also dedicated, unsurprisingly, to MF Husain — the “single most widespread and virulent campaign of violence against an artist.” But the way forward, for Maheshwari, is to first set aside arguments, insufficient at best, upholding the usual tropes of this discourse. Upon closer examination, the safe and reassuring distinctions between “secular” and “communal forces” or “victims” and “violators” fall through. (There’s a telling section, for example, where she writes of Sri Ram Sene president, Pramod Muthalik, captured on tape agreeing that his men would vandalise an exhibition to generate publicity for the artist and in return pocket an agreed-upon fee!)

Maheshwari also finds a markedly similar impact of both the BJP and the Congress on artistic liberties through the 1980s and 1990s. Where, then, does this leave us? In an in between space, where clean certainties are muddied and complicated. Maheshwari’s argument stands that, amidst this, Indian democracy reveals itself to be a double-edged sword — that the threats seemingly emanating from outside of democracy are, instead, born of democracy’s “violent proclivities”. That outbursts of violence have not been “aberrations of this democracy as much as its very condition”. This line of inquiry calls for an imperative shift on our part — from focusing on how these attacks are “anti-democratic”, or how their attackers are “fascists”, or why the state has apparently “failed” or “weakened”, to acknowledging and examining the capacity of democracy to both “birth and nurture violence as a norm rather than an exception.”

It reveals how simplistic a notion it is to judge a country’s democratic spirit by how it treats its artists. Here, what interests me is the way in which Maheshwari has closely examined the language within the entity — if one might call it that — from where our democracy springs. How the political ideal, if defined in the Constitution as “equal respect” — rather than in terms of “maximum liberty” for each individual — spurs, instead of diminishing, the potential for conflict between free speech and tolerance. The genesis of the right to “offence-taking” could be said to lie here. In an atmosphere such as this — where recent elections indicate a cultural victory propelled by a certain exclusivist vision of India, where we topple ever closer towards easy polarisations — Art Attacks is more relevant a text than ever. In its call to question binaries, and neat distinctions; in its commitment to thematic clarity; and, in its bold and thorough research, the book holds up for us a mirror, like art, in which our reflections overlap.

Pariat is a poet and writer.