On the road, Abdullah experienced a sense of peace he realised had been missing since the accident. “Driving made me feel emotionally balanced,” he said. 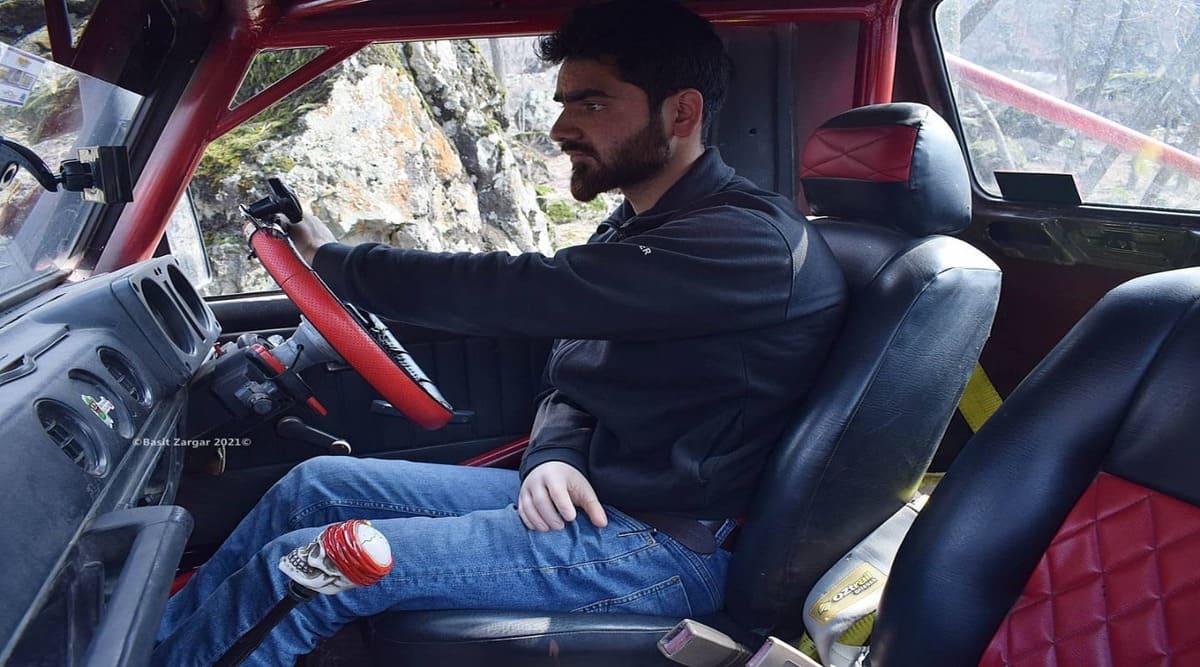 On most weekends you will find 23-year-old law student Sayer Abdullah tearing through the wilderness and narrow dirt roads surrounding his hometown in a 4×4 Gypsy he fondly calls ‘Blizzard’. Abdullah, a resident of a small village called Vessu tucked away in South Kashmir’s Anantnag district, traverses the rough and rugged Kashmiri terrain with such mastery, it is almost impossible to tell that he does it with only one arm.

In fact, it was on these very roads early one morning, more than a decade ago, that a school bus filled with young, bright-eyed students lost control and hurtled into a gorge. While most of the passengers on board the ill-fated school bus got away with a few scratches and bruises, Abdullah, who was then only 11 years old, was not quite as lucky. A few days after the accident, he woke up in a hospital bed in Srinagar with his right arm amputated and his spirit crushed. 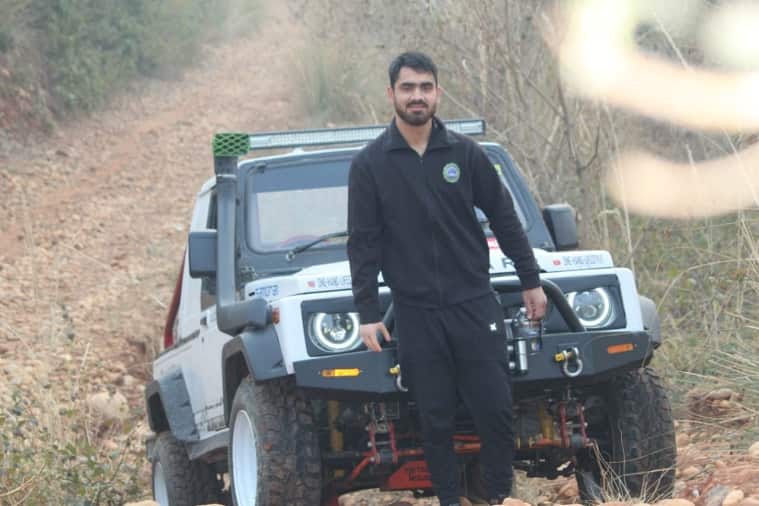 At the time, Sayer was convinced his life was over. “I thought I would have to spend the rest of my life at home doing nothing,” he told the indianexpress.com.

But fate had other plans. With the help of his family and friends, he was able to re-learn skills he had once taken for granted. Within a year, Sayer learnt how to write, tie shoelaces, wear clothes, cook and clean using just his left hand.

“My father always said I had to learn to do things on my own. Even when I was stuck, he would push me to complete basic tasks without help,” he said.

But even as he began to adapt to his new life, the emotional scars from the tragic accident took much longer to heal. “At school, I did not enjoy going out. It didn’t feel nice. I thought everybody was staring at me,” he recalled. 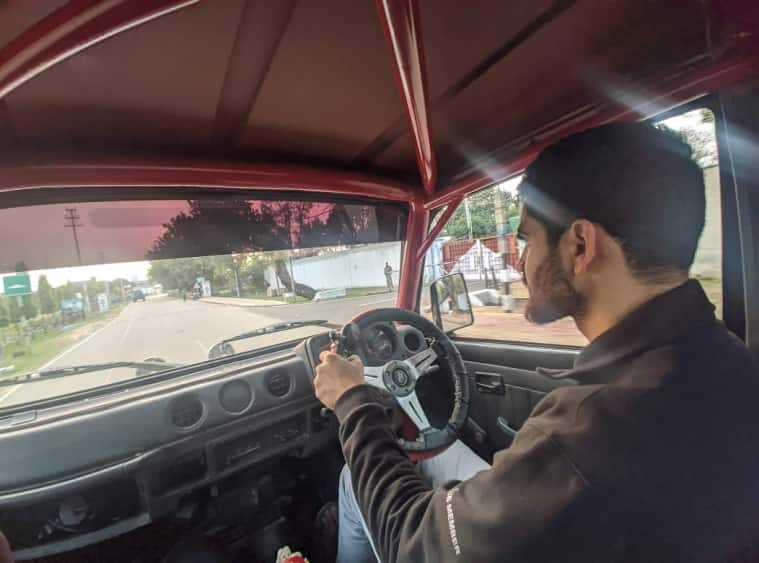 “A friend of mine took me out forcefully and said I had to play. I remember seeing a bunch of kids playing cricket. My friend said I would have to bat, bowl or find something to do. That was when I started to get used to my situation.”

Then when Abdullah entered the eleventh grade, a friend taught him how to drive with one hand. Within a year and a half, he was whizzing by the Kashmiri countryside all by himself. On the road, he experienced a sense of peace he realised had been missing since the accident. “Driving made me feel emotionally balanced,” he said. “I would drive to far off places on my own. I used that time to focus on myself and not think about the future.”

His biggest cheerleaders were his parents and siblings. It was his father who bought him both his first car, a white Tata Safari, and later his beloved ‘Blizzard’, with which he has since covered the length and breadth of Kashmir.

When Abdullah learnt about ‘Kashmir Off Road’ (KO), the only off-road adventure and motorsport outfit in the valley, he knew he had to join somehow. But Ali Sajid, the group’s founder was apprehensive at first. “At the time he did not know about my disability. When I went to meet him he asked if I could drive,” Abdullah explained.

After some convincing, Sajid and the other members of the group agreed to take him out for a trial drive. “My first trial was exciting…possibly even my most exciting off-roading experience. My car was not powerful enough to handle the tracks easily. But I did it anyway,” he said.

“At first I thought I wouldn’t be able to push it to that extent. But I pulled it off. I was able to keep up with them till the end.”

There was no looking back. In 2019, Abdullah became the youngest member of Kashmir Off-Road, a group that he now considers his second family. With KO, Abdullah was able to take his passion for extreme motorsports to the next level.

But he still has big plans for the future. “My dream is to take my car out to London. I want to travel across the county and camp wherever I can. I truly want this to happen and I know, one day it will,” he said with conviction.

At present, Abdullah is completing a postgraduate degree in law at Nalsar University in Hyderabad. While he intends to pursue a career in corporate law, Abdullah says he will never leave off-roading behind.

“Off-roading is my life. It completes me. It makes me emotionally stable and it’s not something I can ever give up,” he said.