While he has sung many bhajans and ghazals, one of his most popular songs in Bollywood remains 'Sans Albeli' from the movie 'Aarakshan' 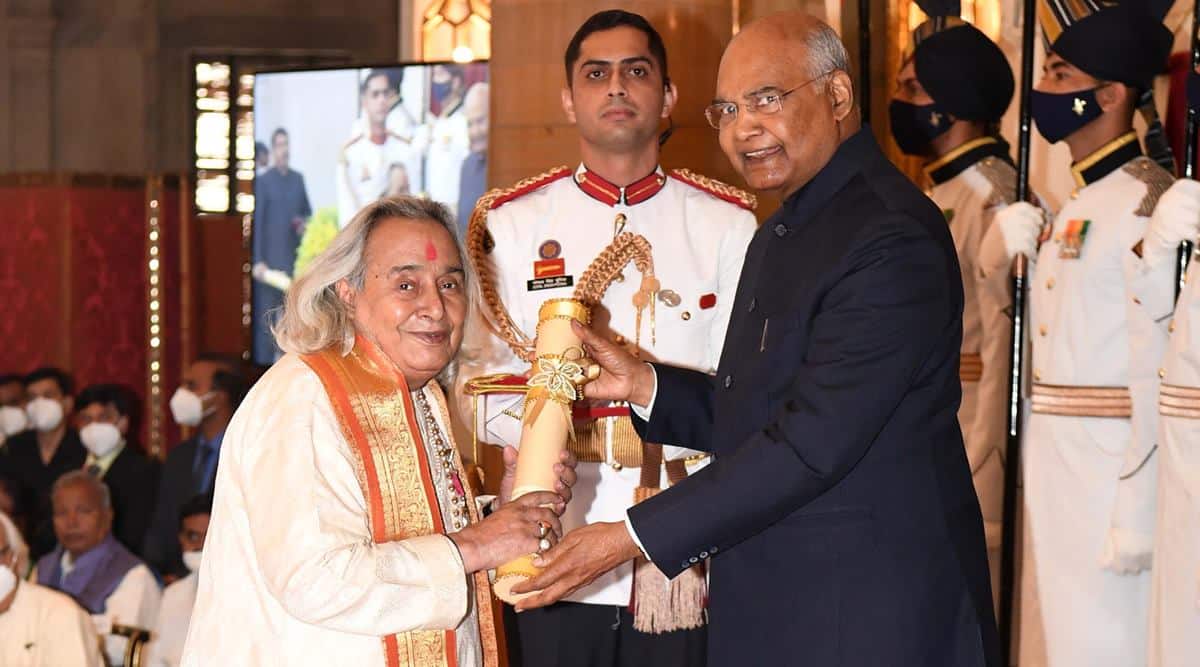 Hindustani classical singer Pandit Chhannulal Mishra has been conferred with the prestigious title of Padma Vibhushan 2020, India’s second highest civilian award. The music aficionado hails from Banaras and is an exponent of the Kirana gharana (school of music).

Pandit Mishra had been previously honoured with India’s third highest civilian honour Padma Bhushan in 2010, and the Sangeet Natak Akademi Award in 2000.

Mishra — hailed as the ‘Jewel of Thumri’ — was born on August 3, 1936 in Hariharpur, which is in the Azamgarh district of Uttar Pradesh, to Badri Prasad Mishra. He received his first lesson in music from his father, and was then educated by Ustad Abdul Ghani Khan of the Kirana gharana, which he continues to be a part of till today. Thereafter, he received training from Thakur Jaidev Singh.

While he has sung many bhajans and ghazals, one of his most popular songs in Bollywood remains ‘Sans Albeli‘ from the movie ‘Aarakshan‘. The President of India’s official Twitter handle tweeted the picture, writing that the octogenarian is “equally proficient in classical, semi-classical, light music and folk music”.

This year, 119 Padma Awards will be presented. The list comprises seven Padma Vibhushans, 10 Padma Bhushans and 102 Padma Shris. There are 29 women on the list of awardees, 16 posthumous awardees, and one transgender awardee.