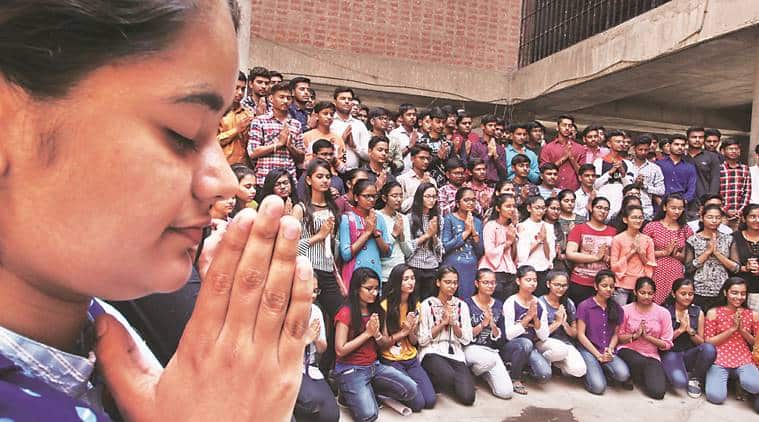 The results of the Gujarat Secondary and Higher Secondary Education Board (GSHSEB) Class XII general stream exam were announced on Saturday, and this year 3.08 per cent more students passed. The overall pass percentage is 58.63 per cent. Last year it was 55.55 per cent.

There is a distinction to be made with the previous year’s results, however. This year, the education board has calculated the result of regular, private and repeater students separately whereas in all these past years, the result was a consolidated figure of all students who appeared for the exams in that year.

In 2016, for the first time, Class X repeaters and private candidates were made to take their examinations separately, not allowed to appear along with regular students.

This is the first time ever that the GSHSEB has treated all these three categories separately while calculating and announcing the results.

“We have changed the data analysis this year. As repeaters have failed to clear the exams in the previous year, why count them again. Since it has been implemented in Class X also, we thought of introducing it this year in the Class XII general and science streams as well,” GSHSEB chairman A J Shah said.

Among the three major mediums — Gujarati, English and Hindi — students of English medium topped the list, though the highest number of students who failed in the English subject too.

Out of 26,871 candidates who appeared for the general stream examinations in English medium, 22,532 are eligible for the qualifying certificate – a pass percentage of 83.96 per cent.

In a positive trend, the number of schools securing 100 per cent result increased slightly from 206 to 222, this year. However, schools with less than 10 per cent of its students passing also increased from 76 to 79, this year.

Despite stringent measures to stop copying, cases detected more than doubled from 1,332 to 2,730. Even with CCTV cameras in place, frequent checks being conducted by squads, and strict action being taken against defaulters, copying was rampant. From a total of 1,012 cases in 2017, it increased to 1,332 in 2018 and shot up to 2,730 this year.

Among these, 1,620 copying cases have been detected by examining CCTV footage. District education officers first checked the footage, and the cases were then verified by the board. Another 151 cases were caught by invigilators during the exams and other 959 cases of students using unfair means cases, including mass copying, have been detected.

English most wanted language subject but a hard nut to crack

While 3,28,206 students of Gujarati and other mediums opted for English as the language subject, as many as 57,769 students failed to pass the English exam. The highest number of students failed in English. The pass percentage in English is 82.40 per cent. Among all 14 subjects of Arts and Commerce, Sociology recorded the highest pass percentage of 97.67 per cent. Out of 1,52,602 students who appeared in the subject, 4,090 failed. This is the same subject where due to a gaffe of the GSHSEB, two pages of the question paper were from the old curriculum. Thus, the board announced that it would evaluate the sociology papers for 85 and proportionately increase it to 100.