Ariana Grande shared pictures of her engagement ring on Instagram; the estimated price will shock you! 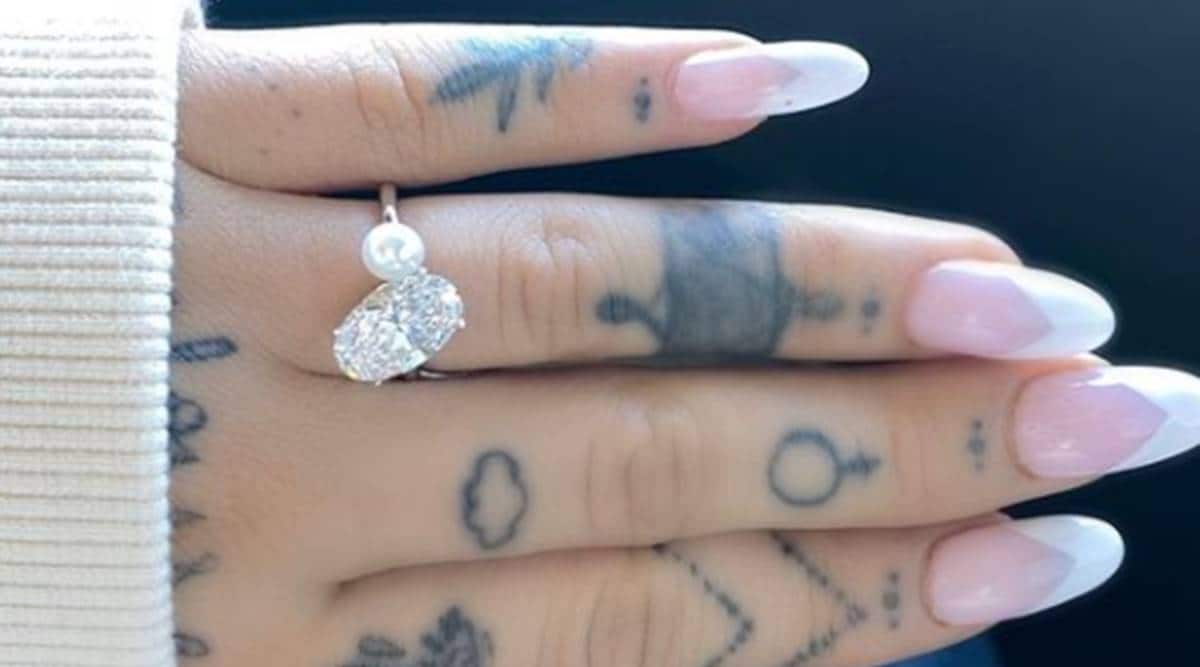 Ariana Grande is engaged to boyfriend Dalton Gomez, and the singer took to Instagram to share the news with her fans.

In some of the pictures that the 27-year-old posted on Instagram, she is seen to be flaunting her massive diamond engagement ring. From the very look of it, one can say that the ring would be expensive — but can you guess how much?

“This sparkler would estimate around $200-300K,” Shannon Delaney-Ron, the director of communications, JamesAllen.com, which deals in diamond bridal jewellery, told Page Six. This means that the ring would be priced between Rs 1,47,43,380 and Rs 2,21,15,070.

The 7 rings singer’s diamond ring appears to be “an oval diamond, likely around 5-6 carats, offset next to a lustrous pearl on a thin platinum band,” Delaney-Ron was further quoted as saying.

Andrew Brown, CEO, WP Diamonds, was quoted as saying, “This beautiful engagement ring looks to be an elongated 5-carat oval diamond, set at an angle and accented with a pearl. Assuming a high color and clarity combination, a custom ring such as this would retail around $150,000 (Rs 1,10,59,650)-$200,000.”

Ariana was previously engaged to SNL star Pete Davidson but the duo called off their engagement in October 2018.