Stories of harassment and deaths over dowry cut across class, financial, educational and religious barriers. Though dowry was made illegal decades ago, the crime is still rarely reported to the police 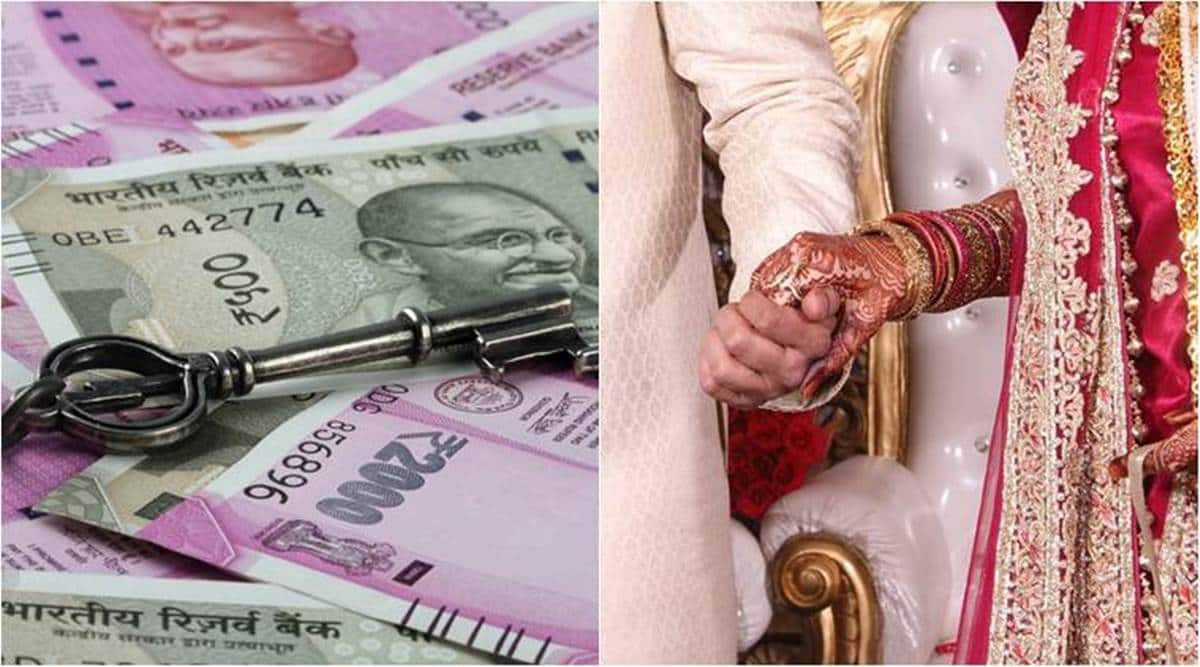 On February 25, Aysha Banu, 24, a resident of Ahmedabad, recorded a video message before she jumped into the Sabarmati river and ended her life. Ayesha said she was facing harassment for dowry from her husband.

A week before, Rashika Agarwal, 25, fell to her death at her in-laws’ place in a posh locality in Kolkata. Her family alleged that she was tortured by her husband and others, and that they had given Rs 7 crore as dowry.

Stories of harassment and deaths over dowry cut across class, financial, educational and religious barriers. Though dowry was made illegal decades ago, the crime is still rarely reported to the police. The practice neither triggers mass outrage nor public conversations, unless maybe when it has led to deaths, as has happened in cases of Rashika and Ayesha.

A casual search on the internet will throw up such countless horrifying news pieces as these: In 2020, a 40-year-old man in Ahmedabad was arrested for sexually molesting his 14-year-old daughter and torturing his wife for dowry; In 2019, a 27-year-old woman from Kerala was starved to death over dowry. According to police, the woman was denied food for three weeks, and weighed only 20 kg at the time of her death; In 2014, one Neha Yadav was set on fire by her in-laws and the 29-year-old succumbed to her injuries.

Normalised as “gifts to the bride”, the rules of the game in the Indian marriages haven’t changed over the years.

Aishwarya, a former journalist, who got married to an IIT graduate recently, says: “My parents gave Rs 14 lakh as dowry, besides jewellery and a luxury car. There was no protest, just some muffled negotiations, when things were being finalised between the two families. I had no say. The fact is, asking for and giving dowry remains covertly and overtly rampant in our society.”

Sheeba, a 30-year-old corporate employee, says some “gifts were exchanged” in her marriage. In the seven years that she stayed married, her mother-in-law would taunt her every day. “She would say you have come with bags full of your own personal stuff, par dowry mein toh kuch leke nahi aayi‘.”

Had she given them ‘dowry’, Sheeba thinks her inter-faith marriage would have lasted. “I feel I would have been treated better.” She walked out of the marriage when her husband started to abuse her physically.

According to the National Crime Records Bureau (NCRB) 2019 data for IPC cases, a woman becomes a victim of dowry death roughly every one hour. Additionally, she becomes a victim of cruelty by her husband or in-laws every four minutes. The Delhi Police website mentions there were 94 dowry-deaths last year in the capital. According to an earlier NCRB data, in 2010, India reported the highest number of dowry deaths with 8,391 cases.

The Dowry Prohibition Act, 1961, defines dowry as the giving away of any property or “valuable security” by people “directly or indirectly” involved in a marriage or “by parents of either party” in connection to the alliance. This, however, does not include dower or mahr in which case the Muslim Personal Law (Shariat) applies to the people involved.

In her book Dowry Murder, celebrated historian Veena Talwar Oldenburg explores the root of this practice. “In precolonial India, dowry was not a “problem” but a support for women: a mark of their social status and a safety net.”

The ghastly nature the practice has come to assume can be traced back to the colonial times when rights to own lands were sanctioned, subsequently making the Indian male “the dominant legal subject”. Thus, sons were preferred to daughters, mostly in agrarian Punjab. “Sons were the key to survival and prosperity in the relentlessly agrarian Punjab under the British,” Oldenburg writes, which in effect, raised their value and infused a sense of competitiveness in their wedding proposals. With the number of eligible men being handful, ‘mothers of daughters knew that a good dowry was now the net to secure “the catch.”’

“The idea that a groom’s family could make demands slowly infiltrated other traditional gift-giving occasions re-served by parents for their married daughters and their children.” This trend became worse and went on to be associated with violence and suicide of brides.

In the 2014 film 2 States — based on Chetan Bhagat’s book by the same name — the practice is alluded to in a short sequence mostly to establish the righteousness of the female lead. When at a wedding, Alia Bhatt’s Ananya finds out the groom’s family has demanded dowry, she launches into a tirade. The instance, however, is short-lived, the grotesque implication of the practice curtailed by the groom’s early realisation.

The issue is explored more deftly in Made In Heaven, a 2019 series centering around two wedding planners. Titled Price of Love, the episode shows the impunity with which dowry is practised across class, with the bride walking out of the wedding venue after the groom’s family demanded a huge sum in dowry. In the Rajkumar Santoshi-directed Lajja (2001), a wedding sequence comes to an end with Mahima Chaudhry giving a convincing ‘say-no-to-dowry’ performance.

These instances of denouncing dowry in pop culture may be encouraging, but they still fail approximating the morbidity it entails in real life.

National Commission for Women chairperson Rekha Sharma says. “Some people don’t know it is a crime. Secondly, families, instead of stressing on education and financial independence of women, just give dowry, especially when it comes to property — whose division must happen equally between sons and daughters. They think that by giving dowry, they have equalised it,” she tells indianexpress.com.

“There needs to be simplicity in marriages. When you are spending on your daughters’ education, give them the opportunity to earn their own money; that needs to be taught.”

Sharma explains the best legal course of action would be to approach the police. “Should they refuse to listen, there are bodies like NCW that should be approached.”