The request came after confusion over conversion of grades to marks, which has resulted in no student from the Andhra Pradesh and Telangana state boards being considered as having obtained more than 95% in their school-leaving examinations. 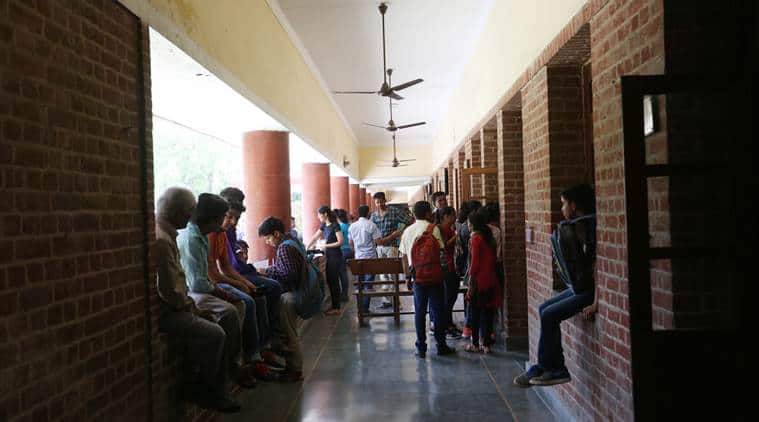 The Andhra Pradesh government has asked Delhi University to accept newly released marks of their state board students, as opposed to CGPA, and extend the last date for taking admission against the first cut-off list by two days. Admissions under the first cut-off end on July 1.

The request came after confusion over conversion of grades to marks, which has resulted in no student from the Andhra Pradesh and Telangana state boards being considered as having obtained more than 95% in their school-leaving examinations. Popular courses in DU have cut-offs well above this figure.

After protests by applicants and parents, the Controller of Examination of the AP Board of Intermediate Education wrote to Delhi University’s Dean of Students Welfare Sunday evening, stating that marks of the students concerned has now been released in the public domain. “… Please consider overall marks obtained by the candidates and not the CGPA calculation for overall percentage. Kindly extend the last date… by two days please,” read the e-mail to the Dean.

The current batch of AP state board students is the first to be given CGPAs, with subject-wise marks ranging from 91-100 being given grade A1 or grade point 10. The formula for conversion of the students’ CGPA to percentage — which was printed behind their marksheets — has been given as the CGPA multiplied by 10.

When students from the board — with a 10 CGPA — went to colleges to take admission, they were directed to the grievance committee to seek clarification on the conversion formula. On Saturday, a notice was put up by the university administration stating that subject grade A1 from the board will be taken as 95 marks — the midpoint of the mark-range 91 to 100.

Sukanta Dutta, the university’s OSD for admissions, said a mid-point conversion was selected to ensure “maximum inclusion”. “DU admissions are not based on CGPA — which is sum of all subjects — but on subject-wise marks. If we look at the 91-100 mark range, it is statistically far more probable that more students have scored in the range of 91 to 95, as opposed to above 96. It is in the interest of all students that we have given the mid-point formula,” said Dutta.

However, students now find themselves without a fighting chance to get into top colleges, with cut-offs for popular courses in prominent colleges set well above 95% and most seats already getting filled up in the first two days of admission.

A student from AP, who gave up a seat in NIT, said the system is unfair. “I have a grade point average of 10 in my ‘best of four’ subjects and had gone to LSR to take admission in BA (Honours) Political Science. I was eligible despite the stream change percentage deduction… but now I don’t qualify despite having an SC reservation. I gave up other opportunities… Since Monday is the last date for admission and with no clarity on the situation, I will have to take admission in BA Programme at Miranda House instead,” she said.

Dutta, meanwhile, said he was unaware of the AP government’s request but added that the admission committee will come to a decision which is “best for all students”. “We have a very strict schedule which was already delayed because of the High Court case. The committee will take a call,” he said.