Question of pride, they say as logjam with Railways drags on. 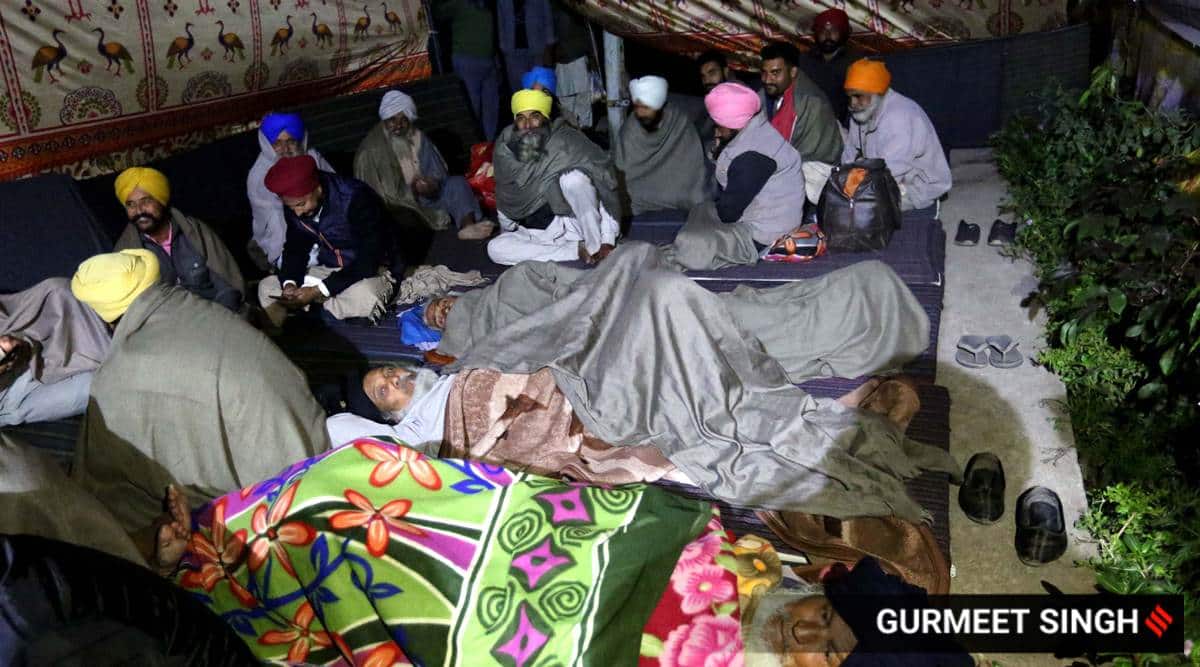 It is 4 am, the air is chilly, the town of Shambhu is fast asleep, but the moonlit parking lot at the railway station is rife with activity. Protesting farmers are getting ready for a change of ‘shift’.

Farmers from 10 unions have been camping in and around Shambhu railway station for over 50 days now. Hazura Singh (57), block president of BKU (Rajewal) and chief organiser of the morcha, recounted they had started out by descending on the tracks on October 1.

Protesting against the three central farm laws, farmers across Punjab blocked rail tracks for almost 21 days. “There was a lot of anger and the crowd would swell to over 5,000 during the day here,” Hazura said.

On October 21, however, 30 farmers’ unions decided to clear the tracks for goods trains, and moved to the platforms. Goods trains ran for three days before the Railways stopped them on October 24, saying they feared for the safety of their staff.

Faced with an unprecedented situation, the state government urged the unions to clear the platforms as well. “On November 5 we moved to the parking lot, now we don’t ever enter the platform, not even to drink water. But the Railways still accuse us of obstructing trains,” said Nathu Lal, former sarpanch of Gharma village.

As a solitary locomotive roared past the station that usually sees the movement of 200-odd goods and passenger trains every day, a Railway employee, requesting anonymity, said the engineering wing is “deep screening” the tracks. The critical Delhi-Ludhiana-Jammu line passes through Shambhu.

Outside, over a breakfast of aloo parantha and tea, a farmer asked, “If these locomotives can run round the clock, why can’t the goods trains?”

The Railways have refused to run just goods trains, as has been proposed by the protesters – and have taken the position that both goods and passenger trains would run simultaneously. Farmer Ranjit Singh said it would be difficult for them to back down, but they would reciprocate if the Railways took a step forward.

“Kisan di moochh da sawaal hai (It’s a question of a farmer’s pride). Our leaders have already said that if they run goods trains, we will allow passenger trains the very next day, if not on the same day,” Ranjit said.

The farmers have put up tents in the parking space, and spread out bedding on the ground. Punjabi language newspapers are everywhere. A motley group of Railway and Punjab Police personnel keep a watch on them.

At the station, two personnel from the Railway Protection Force and three from the Government Railway Police are on duty. GRP ASI Jarnail Singh said: “This dharna has been peaceful since the beginning but we have to remain alert.” RPF Head Constable Suresh Kumar said: “They have not damaged any property of the railway station.”

At lunch time, some Railway staff sit down for the langar along with the 70-odd farmers and children from the Railways quarters nearby. On Friday, it was rumali roti with soya nuggets and potatoes. On Diwali there was a big spread of sweets, the children said.