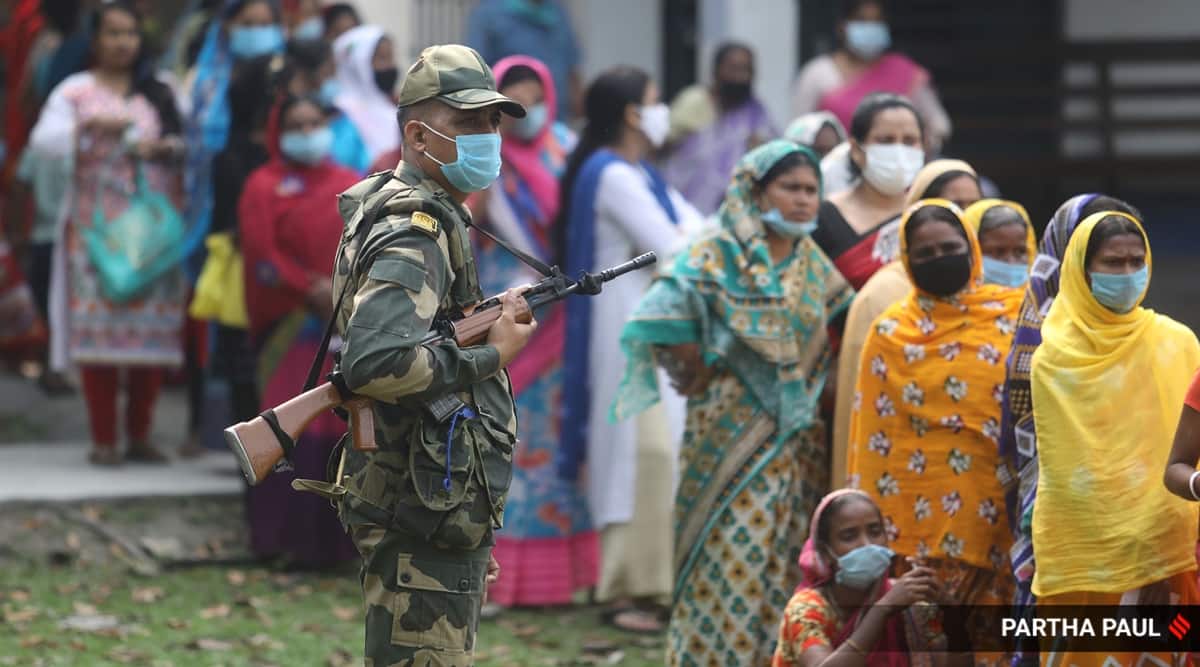 A heated political battle is brewing in West Bengal. Much has been written about the sociological dynamics and political implications of the polls. What has been relatively neglected is the resonance of the elections on the neighbourhood of eastern India.

The elections have been conducted amidst deteriorating relations between the state’s Hindu and Muslim populations. Religious polarisation between the two communities have become acute in recent years, as the BJP strives to extend its footprint in West Bengal on the back of discontentment among Hindu refugees fleeing religious persecution from neighbouring Bangladesh.

The BJP has promised to implement the contentious Citizenship Amendment Act in West Bengal should it be elected to office. These very prospects have strained Hindu-Muslim relations in the sensitive border state. After decades of relative communal amity, incidents of tensions between the two communities began to rise in the second decade of the present century. Although the surge in inter-communal violence predates the BJP’s ascendance to power in 2014, relations between the two communities appear to have nosedived since the party’s re-election in May 2019. That year, the BJP won 18 of 42 seats allocated to the state in the Lok Sabha — up from two in 2014.

Although the TMC continued to rule the state, the BJP’s emergence as the foremost challenger to its dominance could hardly be ignored. The BJP’s espousal of the CAA lends it an edge among the refugee populations. The TMC’s opposition to the CAA has significantly contributed to its popularity among the Muslim population, which fears it will be unfairly targeted by the legislation. Even a cursory glance at the electoral campaign suggests the extent of communal polarisation that has permeated the state’s politics. The BJP has accused Chief Minister Mamata Banerjee of appeasing Muslims and striving to create a “Greater Bangladesh”.

Irrespective of which party wins, the divisive electoral campaign will strain Hindu-Muslim relations for years to come. The religious filter of the CAA is likely to cause large-scale turmoil in the region. Despite Home Minister Amit Shah’s assurance that the CAA will not target Indian Muslims and will only be used to identify “illegal infiltrators”, the onus of proving citizenship rests on the individuals. Furthermore, local bureaucrats enjoy enormous discretion in approving and verifying citizenship claims, leading to anxieties that West Bengal’s Muslims will bear a disproportionate brunt while proving their citizenship. Many such individuals will likely be dubbed Bangladeshi nationals who the government may attempt to “deport” to that country.

Any such move is likely to exacerbate tensions between the two communities if India begins to identify Muslim individuals it claims are “illegal infiltrators” and seeks to deport them to Bangladesh. In the absence of any reliable data on the actual number of illegal immigrants from Bangladesh in India, both countries are likely to contest any claims on this issue. There are few reasons to expect Bangladesh to accept such individuals as its citizens. For one thing, such movements of population are likely to strengthen the growing Islamist social movements in that country. Second, Bangladesh already hosts thousands of Rohingya refugees from neighbouring Myanmar and is unlikely to be able to cope with more strain on its resources. Finally, its impressive recent economic development notwithstanding, the economically fragile Bengal delta is especially vulnerable to the unfolding climate crisis. Bangladesh already faces an internal migration crisis due to climate change.

Population transfers from West Bengal are sure to destabilise relations between Bangladesh and India.

Unstable relations between India and Bangladesh will hinder the success of emerging visions of the Indo-Pacific, an idea first conceived in 2006-7. The term is credited to Gurpreet Khurana, executive director of the National Maritime Foundation and a captain of the Indian Navy who coined it as an expression of shared anxieties between India and Japan over China’s rising assertiveness in Asia and beyond. With the United States becoming interested in exploring alliances in the context of its own competition with China, the term has now gained geopolitical significance. Despite varying interpretations, most considerations of the Indo-Pacific are based on the imagination of the Pacific Ocean and Indian Ocean as one contiguous area through which the majority’s goods and energy supplies are

transported. Many observers perceive the Indo-Pacific as an alternative to the multi-trillion-dollar Belt and Road Initiative that criss-crosses Eurasia. Barack Obama had

Bangladesh, a member of the China-led Belt and Road Initiative, has so far resisted joining the security and development umbrella of the Indo-Pacific. The country’s impressive rates of human development should make it a natural partner for India’s own rapid strides in economic growth and poverty-reduction. Indeed, India’s role in the founding of Bangladesh, well-recognised by that country’s political elites, can be expected to cement the friendship between them. However, the religious polarisation fomented by politicians in both countries threatens to curb not only developmental partnership between the two countries but any promise of freedom and openness in the Indo-Pacific.

The writer is lecturer, global development politics, University of York