If Xi Jinping and his Communist party sidekicks in Zhongnanhai — the enclave in Beijing where China’s leaders live and work — had their way, His Holiness The Dalai Lama would be barricaded in his quarters in Dharamsala, Himachal Pradesh, and not permitted to travel. And certainly not to parts of India, which China has laid claims to.

The Chinese were incensed when His Holiness visited Arunachal Pradesh in 2017 and it is possible that the subsequent military confrontation in Dokalam was an outcome of the Chinese Communists’s anger.

This past week, His Holiness has been in Leh, the capital of Ladakh, the Union Territory where Indian and Chinese soldiers have been in a standoff for two years, since April 2020.

The Chinese displeasure notwithstanding, it is good to see Indian government policy reaching out to His Holiness more openly than before.

Prime Minister Narendra Damodardas Modi called His Holiness on July 6, The Dalai Lama’s 85th birthday, to wish him, which would undoubtedly have upset the Chinese who prefer that governments across the planet treat the Tibetan spiritual and temporal leader as an outcaste.

We think the GoI should present His Holiness the Bharat Ratna next Republic Day, a deserving honour for inarguably India’s all-weather, unwavering, friend.

Glimpses from His Holiness’ visit to Ladakh: 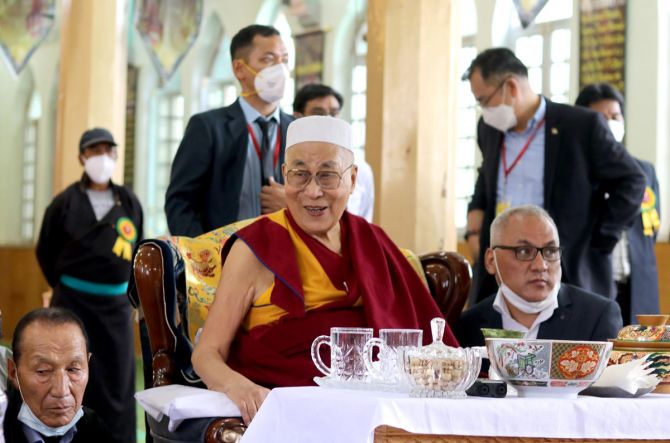