Uma Mahadevan Dasgupta writes: The classroom must be centred around joyful and creative learning, join the dots between children’s lives and education. 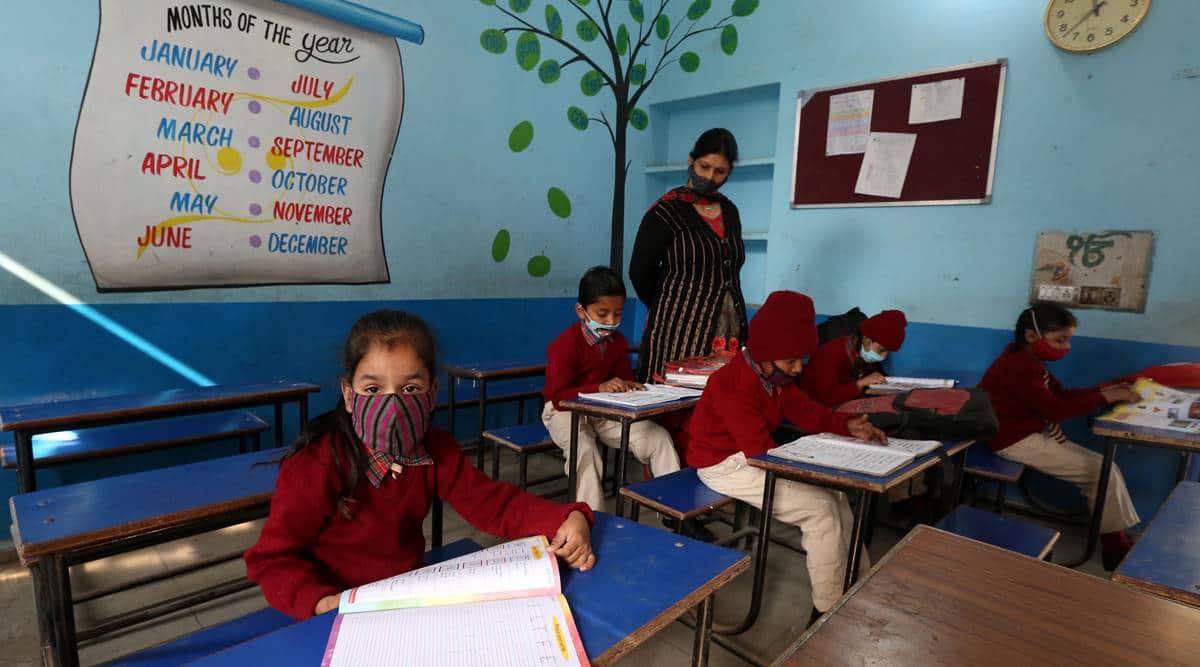 How should schools reopen after the pandemic closure? In the midst of discussions about learning deficits, remediation, accelerated learning, and so forth, what is clear is that it should not be business as usual. Education is not a race. It is a child’s journey to fulfilling his potential. Reopening schools should be an opportunity to rethink the teaching and learning process itself.

Santiniketan, the experimental school started by Rabindranath Tagore, offers some lessons. Tagore once wrote a short story about the education system. A little bird was fluttering about happily — until a king noticed it. The king ordered that the bird needed to be taught properly. What followed was a long and painful Procrustean sequence of events: A golden cage, textbooks, batons. The education industry thrived; the bird did not. “Its throat was so completely choked with the leaves from the books that it could neither whistle nor whisper.” Eventually the bird fluttered to the floor of the cage and died.

Tagore became one of India’s foremost philosophers of education. As a child, he had dropped out from formal school and was taught at home. For him, education meant much more than rote learning: “The highest education is that which does not merely give us information but makes our life in harmony with all existence.” He dismissed any pedagogy that sought to cut children off from the world around them: “We are made to lose our world to find a bagful of information instead. We rob the child of their earth to teach them geography, of language to teach them grammar.” Tagore put his philosophy into practice at Santiniketan, or the “Abode of Peace”.

One of the students at this school in rural Bengal was Amartya Sen. In his memoir Home in the World (named after Tagore’s classic novel of the freedom movement, Ghare Baire or ‘Home and the World’), Sen writes about his years at Santiniketan. In the Dhaka school where he began his education, he had not at all been motivated to study. Contrary to the principal’s expectations that all his students should “shine”, he had ranked 33rd in a class of 37.

In 1941, due to fears of possible Japanese bombing of the cities, Amartya was sent to Santiniketan. Here, he discovered the freedom of learning at his own pace. There was no pressure to excel in terms of grades or exam performance. This was immediately liberating: “I became what would count as a good student only when no one cared whether I was a good student or not.” Indeed, there seemed to be an inverse relationship between grades and originality. A teacher remarked about another student that she was “quite original, even though her grades are very good”.

“Where the world has not been broken up into fragments by narrow domestic walls,” wrote Tagore in Gitanjali. He disliked barriers of every kind, believing that education should not be separated from everyday life. Classes at Santiniketan were held outdoors, under an assigned tree, unless it was raining, or if the lesson needed a laboratory. Carrying small mats, students sat on the ground; teachers sat on cement seats.

Santiniketan’s approach was to help the whole child to learn through exploration — art, music, curiosity, and the careful observation of nature. The environment was stimulating. There was no corporal punishment. “School was fun in a way I had never imagined school could be,” writes Sen. The atmosphere of freedom and thoughtful reasoning shaped his educational attitudes, including his response to inequities around him: For example, by running night classes for tribal children from neighbouring villages.

It was in this environment that the boy’s eyes were opened to the terrible Bengal Famine of 1943, which took three million lives. Sen recalls his grandmother reading out an analytical magazine piece about the food crisis. He estimates that about one lakh destitute people passed through Santiniketan on the way to the city during that time. “The continuous cries of help — from children and women and men — ring in my ears even today, 77 years later.”

The memory would later lead to Sen’s pathbreaking research on famines, in which he showed that famines do not occur in functioning democracies.

There are many lessons here for the Indian education system today. Joyful and creative learning should not be an indulgence meant only for privileged children. Every child should be able to learn in an atmosphere that is free, reflective and affirming. They should be able to relate new concepts to what they are already familiar with in their own lives.

Karnataka’s Vidyagama programme, which began with a group of committed teachers creating informal, outdoor learning circles or “vataara shaale” during the pandemic —where children gathered with a teacher for in-person teaching in small groups, in outdoor community spaces; not bound by blackboards and textbooks, but learning interactively, through stories and activities — has been acknowledged as an example of an alternate model of teaching and learning. If integrated into regular schooling, such learning environments can bring new life into our education system, not only during Covid but also beyond, in normal times.

The pandemic itself can be a starting point for inquiry-based learning: Children can be encouraged, within the safe space of the learning circles, to discuss what they saw, experienced and learned during the pandemic.

Rather than being cooped up inside small, cramped schoolrooms through the day, extending lessons into outdoor spaces, where feasible, will also improve ventilation, which is perhaps next in importance only to vaccination during the continuing pandemic.

Symbolically, too, an open classroom presents itself to fresh winds and ideas. In Gandhi’s words: “I do not want my house to be walled in on all sides and my windows to be stuffed. I want the cultures of all lands to be blown about my house as freely as possible. But I refuse to be blown off my feet by any.”

To reopen schools, we should really open up our education system.

This column first appeared in the print edition on August 24, 2021 under the title ‘In post pandemic classroom’. The writer is in the IAS. Views are personal