Prem Shankar Jha writes: It would mean subsidising a small affluent section of the car-owning population, when there are better alternatives to fossil fuels available 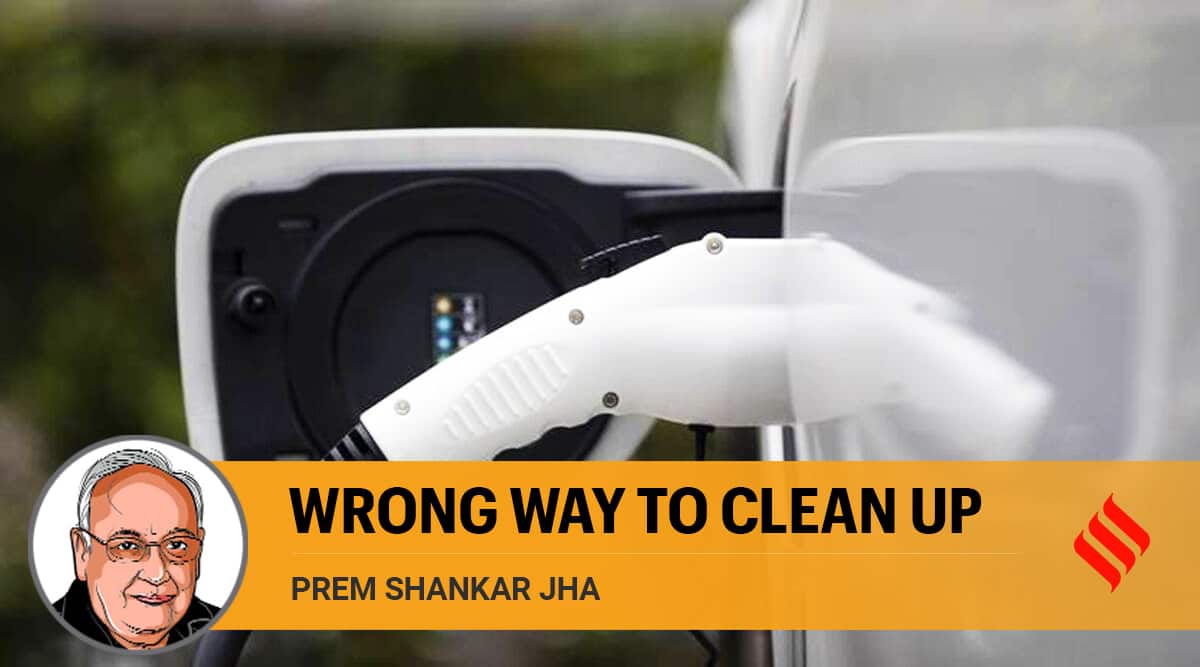 On July 28, it was reported that 650 of the 8,033 Nexons — Tata Motors’ popular mini-SUV — sold in June were EVs, that is, had electricity-driven engines. This breakthrough has been ascribed to the fact that thanks to a spate of central and state government subsidies, the e-variant now costs only Rs 2 lakh more than the diesel and Rs 3 lakh more than the petrol variant. Since the running cost of the E-Nexon is only a sixth of the diesel variant, even buyers who drive as little as 40 km a day can now recover the extra capital cost of the car in just over two years in comparison with the diesel, and three years in comparison with the petrol variant.

This sounds wonderful. So has India found the way out of fossil fuels in the transport sector? Not exactly. For, a year ago, the showroom price of the basic E-Nexon was Rs 14.3 lakh and that of the diesel variant Rs 8.3 lakh. The price difference between the two was therefore not Rs 2 lakh but Rs 6 lakh. So what has enabled the Tatas to bring it down to just Rs 2-3 lakh? The answer is the hefty subsidies being offered by the central government, and the state governments of Delhi, Maharashtra, Gujarat.

Together, these subsidies add up to Rs 5 lakh per car. They are presently time-bound and are being offered only by five states — Delhi, Maharashtra, Gujarat, Karnataka and Meghalaya. But the “Keeping Up With The Joneses” effect is bound to extend these subsidies, sooner or later, to the whole of India.

The moral blindness behind this offer is breathtaking. For only one in 50 of the 2.77 million cars sold in 2020-21 cost more than Rs 10 lakh. That is the affluent fraction of the car-owning population upon which the central and state governments intend to shower these subsidies on. A complete shift to EVs will therefore transfer Rs 2,770 crore from taxpayers to this fraction every year till the government terminates these incentives.

Such a “start up” subsidy would have been justified if there had been no alternative to electricity for replacing fossil fuels in the transport sector. But there are alternatives — ethanol and methanol — whose superior quality and greater safety has made them the preferred, often the only permitted, fuels in major motor races since the 1960s. The limitations of ethanol as the sole alternative to gasoline are now well understood, but there is no such limit for methanol, which can be produced from any biomass waste from crop residues to municipal solid waste, both of which are available in abundance.

The first commercial plant to convert 1,75,000 tons of refuse-derived fuel into 45 million litres of aviation turbine fuel is being commissioned outside Reno, Nevada even as I write. It is expected to start commercial production before the end of this year. A three times larger plant is coming up at Gary, Indiana, and six more sites have been identified in other medium-sized cities.

For India, gasification holds even greater promise because simple, air-blown gasifiers are already in use in food processing that can convert rice and wheat straw into a lean fuel gas that can generate electricity and provide guaranteed 24-hour power to cold storage in every village. A by-product, biochar, is no less valuable because it can replace imported coking coal in blast furnaces or be used as a feedstock for producing transport fuels even more easily than municipal solid waste.

This column first appeared in the print edition on August 5, 2021 under the title ‘Wrong Way To Clean Up’. Jha is a senior journalist and author