As the battle for Uttar Pradesh approaches, political parties are going all out to woo the electorates.

Political pundits predict the electoral contest to be a direct battle between the Bharatiya Janata Party and Akhilesh Yadav’s Samajwadi Party.

Undeterred by that forecast, Congress General Secretary Priyanka Gandhi Vadra appears determined to make a mark for her party in UP.

On Wednesday, December 29, Priyanka reached out to women voters through a Shakti Samvaad in Firozabad asking them to make their elected representative more accountable and steer clear of voting on lines of caste and religion.

Please click on the images for glimpses of Priyanka on the campaign trail. 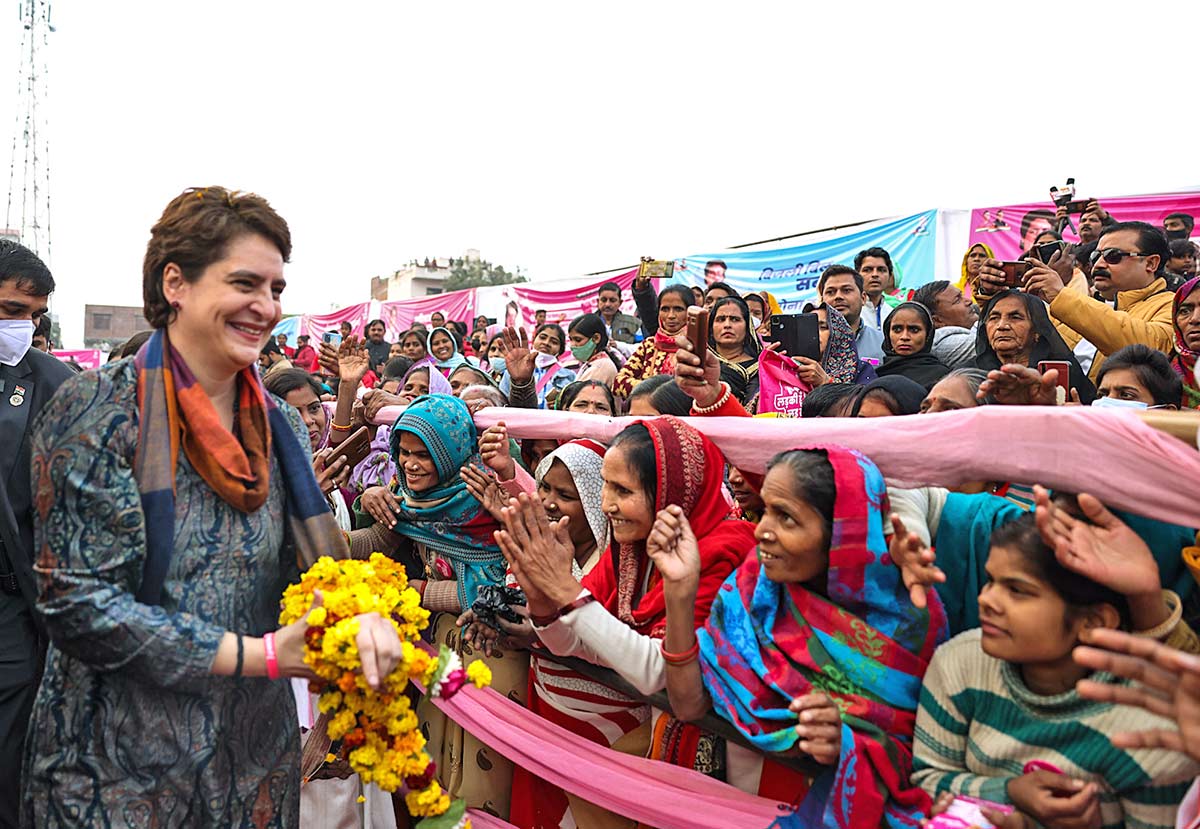 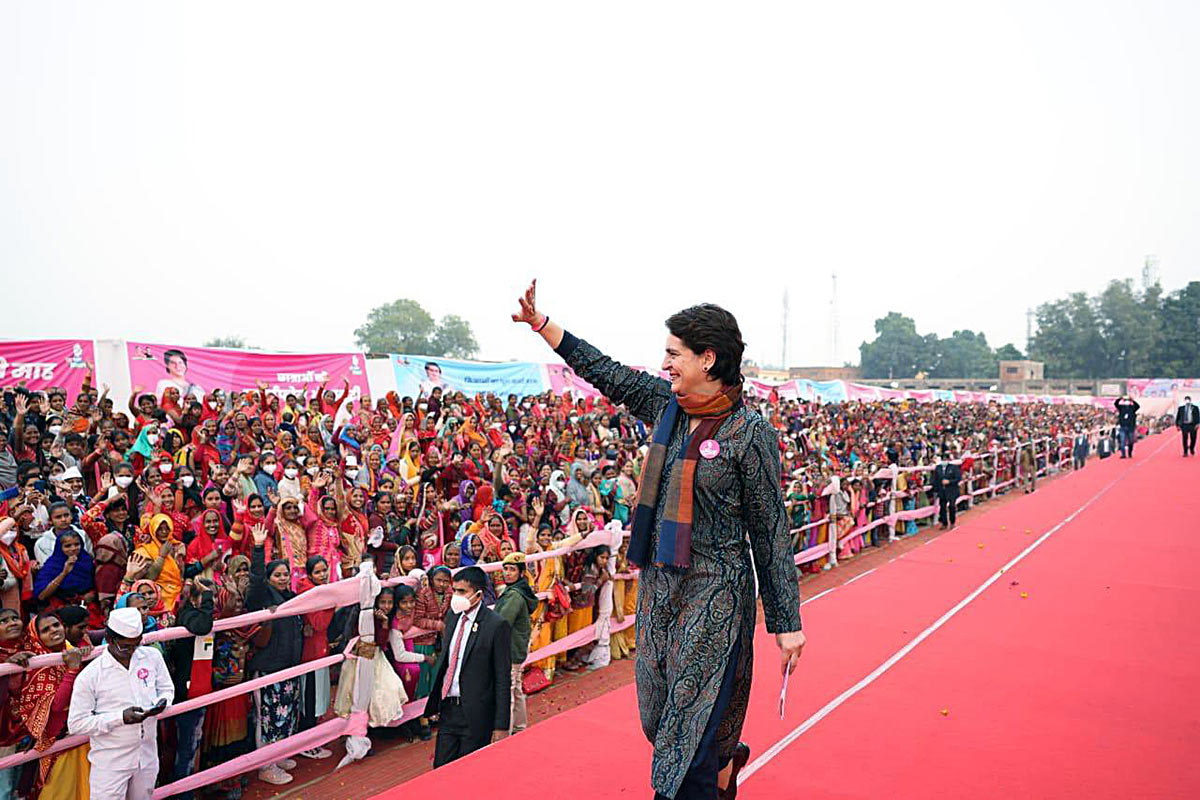 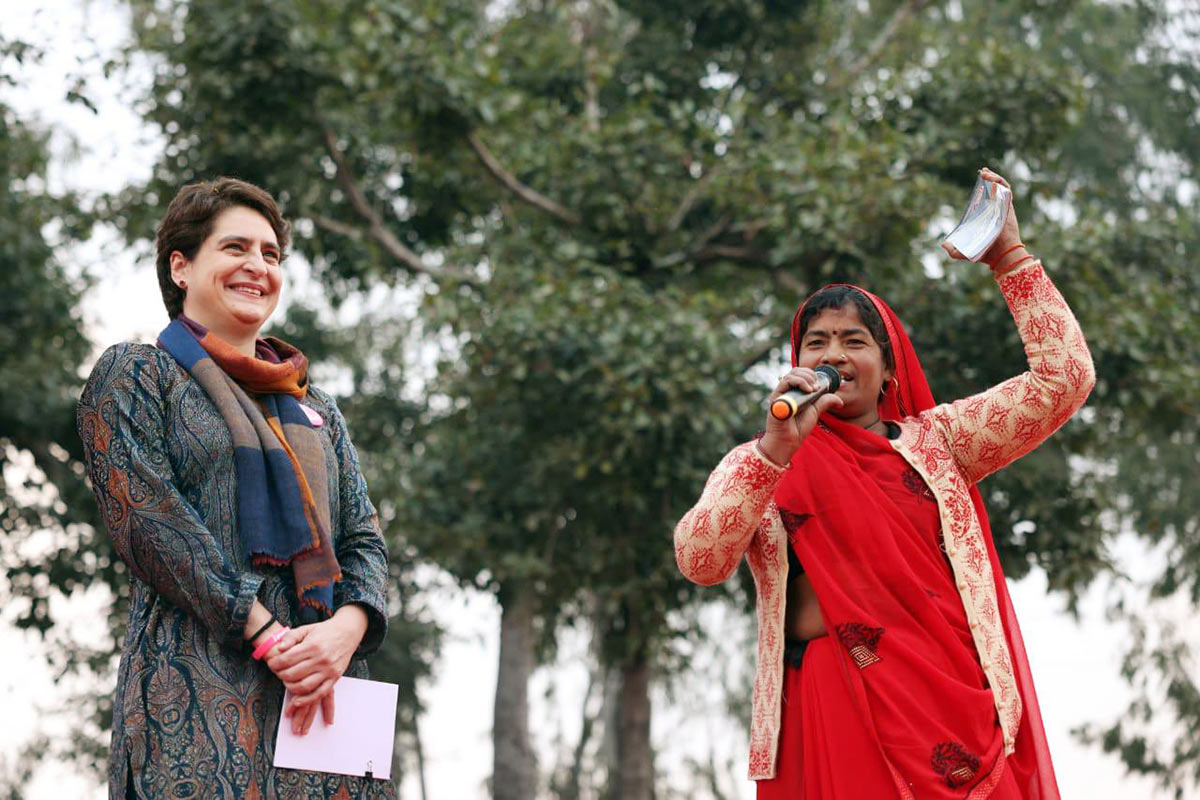 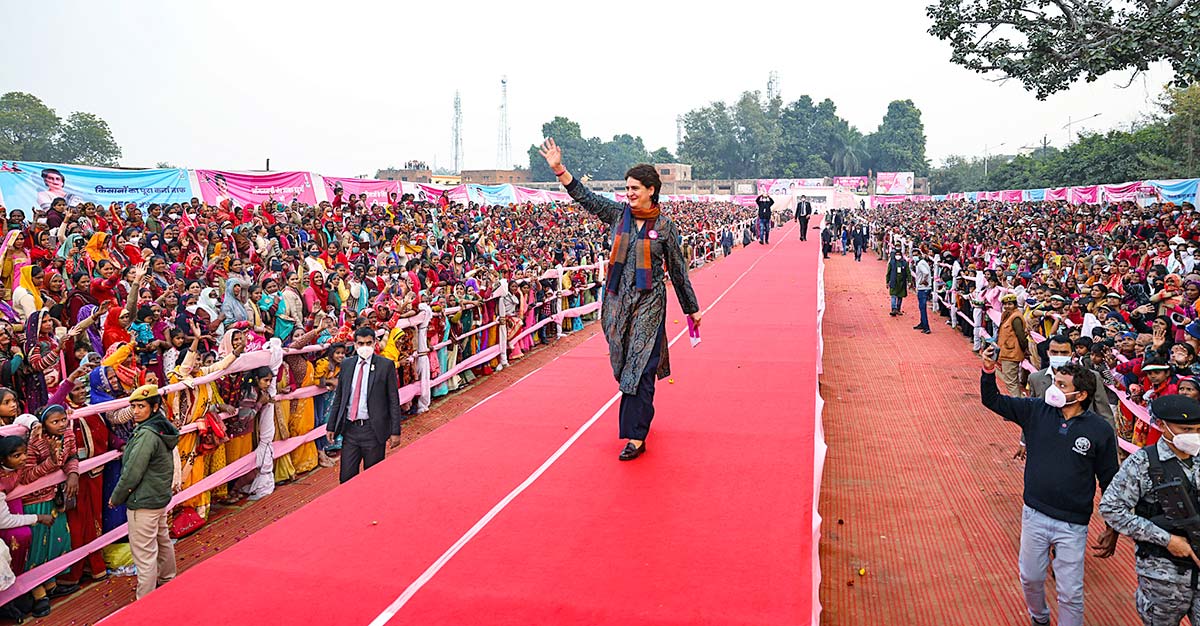 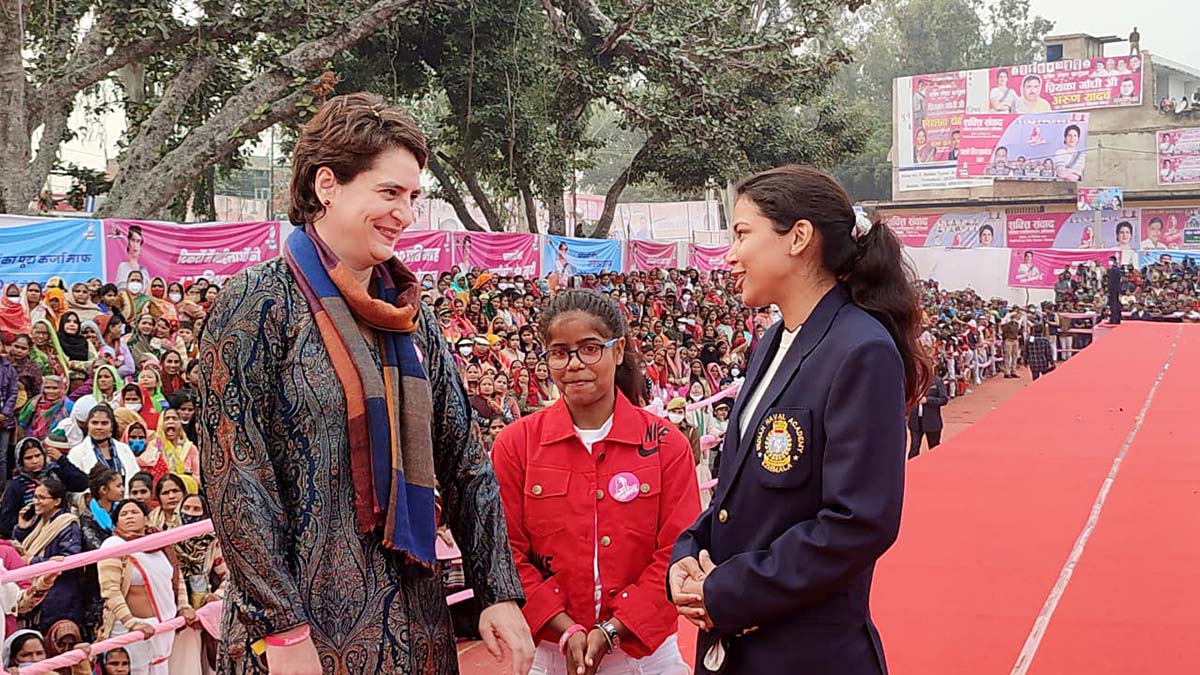 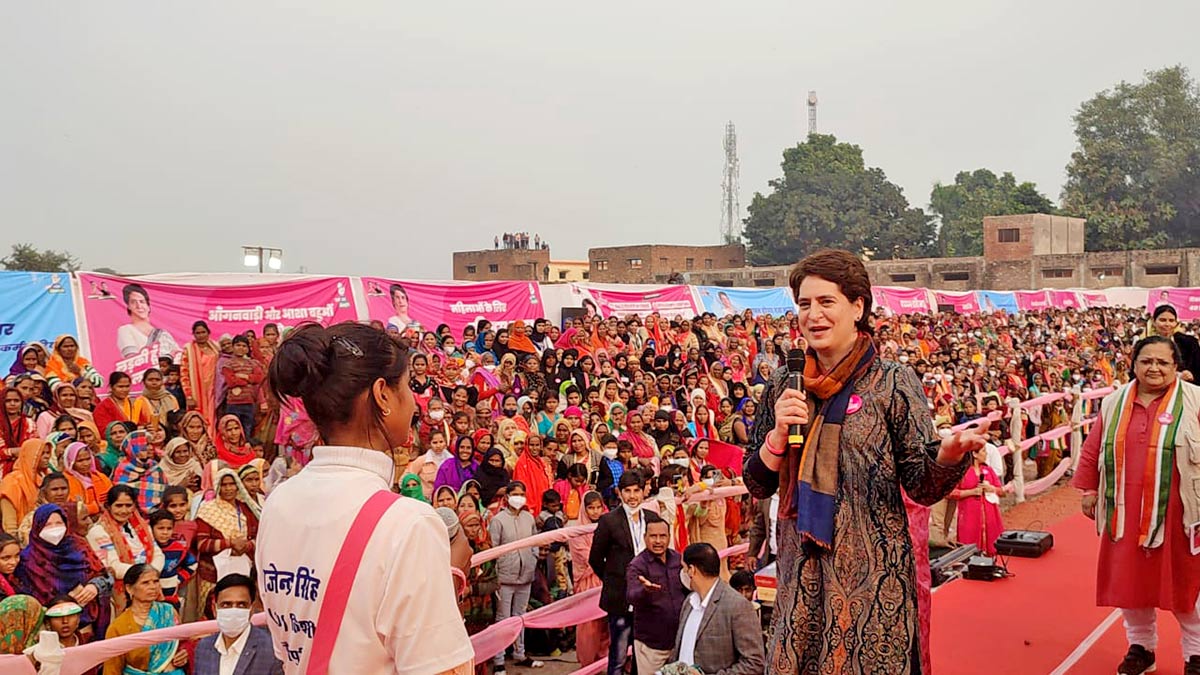 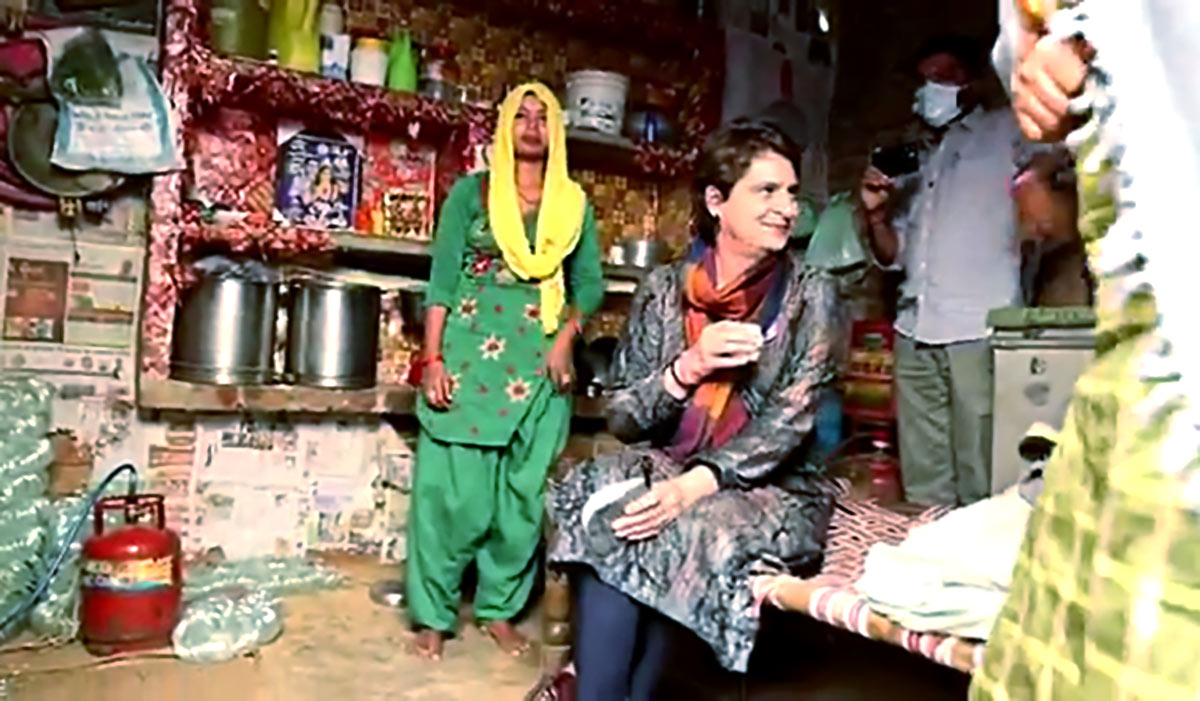 IMAGE: Priyanka reaches out relentless to common folk who don’t usually feature on many leaders’s political and personal radar.
Here she is, having tea at Sitara Jatav’s modest home. Sitara works in a bangle factory in Firozabd.