‘To lead the Congress party, you need experience.’
‘You should have held some positions which give you the experience of running the party at any level.’
‘Tharoor doesn’t have any such experience.’

2000 was the last time the Congress had an election for the post of party president when Jitendra Prasada stood against Sonia Gandhi.

As expected, she won 97% of the votes and become the Congress president.

After 22 years, the party will have an election between Shashi Tharoor, the candidate representing change, and Mallikarjun Kharge representing continuity.

The unsaid message is that the ‘establishment’ prefers the 80-year-old Kharge and not Tharoor who has a good following among the young and middle class.

Interestingly, most of the senior Congress leaders from Kerala openly support Kharge and not Tharoor, a three-time MP from Kerala.

Ramesh Chennithala, one of the state’s senior Congress leaders, has openly said he supports Kharge and not Tharoor.

You described Tharoor as a ‘good friend’, but why is it that you don’t support your good friend in the election for party president?

That is because unlike Kharge, Tharoor had not held any position in the Congress party, and hence no experience in running the party.

To lead the Congress party, you need experience. You should have held some positions which give you the experience of running the party at any level, but he doesn’t have any such experience.

He only had experience in foreign affairs or working with the United Nations. That’s not enough to run a party like the Congress.

At this juncture, we need a Congress president who can carry everybody with him. And Kharge has the ability to do so. That’s why I support Kharge.

Other than being the leader of the Opposition in the Rajya Sabha, he has been an MP, MLA, and a central minister for a very long time.

Mr Kharge is described as a person who would ensure continuity…

See, one person cannot take all the decisions in any party. You need to run a party collectively.

What I mean is, continuity means the status quo, and the status quo has not worked for the Congress for quite some time now as the party has not been winning.
So, don’t you think this is the time to look for change?

I have seen the Congress party for 50 long years. I started off as a mere party worker. I know very well that one person cannot change anything in the party.

Why is it that the Congress has survived all these years? Because of collective leadership that we follow within the party.

What is the status quo? We have all been working in the party in different capacities, always in consultation with all our colleagues. No one person can take any decision.

Even Sonia Gandhi did not take any decision unilaterally. She consulted everybody.

Don’t you think what the party needs right now is a president who can energise the workers so that the party can start winning?

The media is creating a hype (around Tharoor). They are telling so many things.

You have to understand that the Congress has a history and a style of functioning. And you cannot change that in one day. It will not work. Otherwise, it will become a Janata Party!

Look at (Bharatiya Janata Party Jagat Prakash) Nadda. How he became the party president, nobody knows. 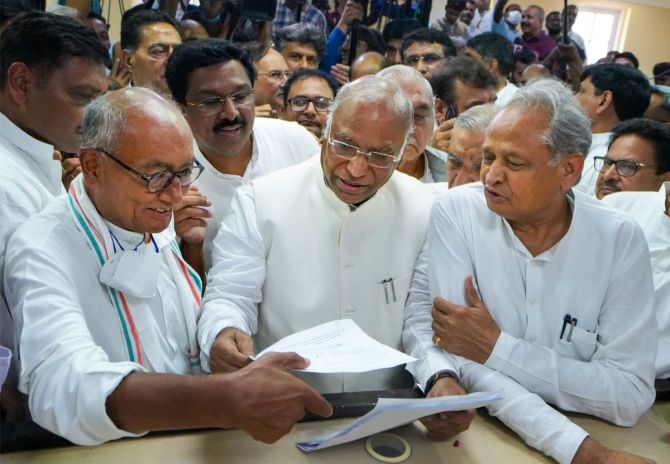 The Congress is the only party that is giving an opportunity for its workers to fight the election. It is a democratic process. You should appreciate that. 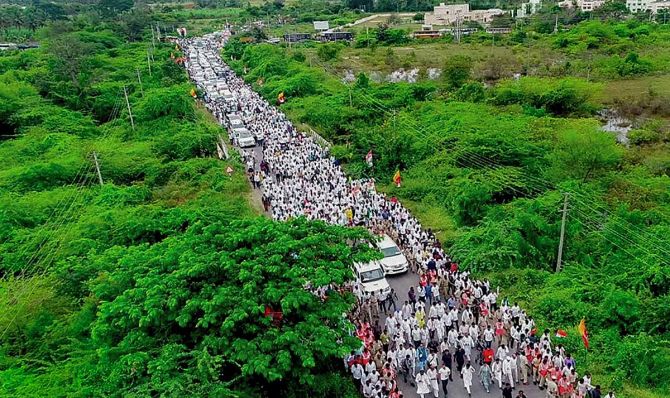 Will an 80-year-old leader be able to energise young workers and voters? More than 60% of Indians are under the age of 35.

See, we have Rahul Gandhi who is undertaking the Bharat Jodo Yatra, which is one of the biggest yatras undertaken by any Indian leader. He is energising the workers and people of India as a whole.

What we want is young and senior people working together. Only then the party can move ahead.

So, I feel Kharge is a better choice. He has served a long innings in the party, so he is more experienced. He can take both young and senior people together.

When the BJP is talking about retiring leaders above the age of 75, you want a leader who is 80.
Does it send out the message that your party is not willing to change?

We are giving an opportunity for anyone to fight in the elections. Let the election happen.

Let the workers decide the verdict. Let them elect who they want to.

Who is stopping them from choosing the candidate they want?

What I am saying is my view. My view is that we need an experienced person at this point of time.

Why do you say, at this point of time?

Because the Congress has to face a lot of elections now onwards. It is the time we need a person with lots of experience.

Why not have an open debate so that the party workers and India as a whole will know where both of them stand?

What debate are you talking about? 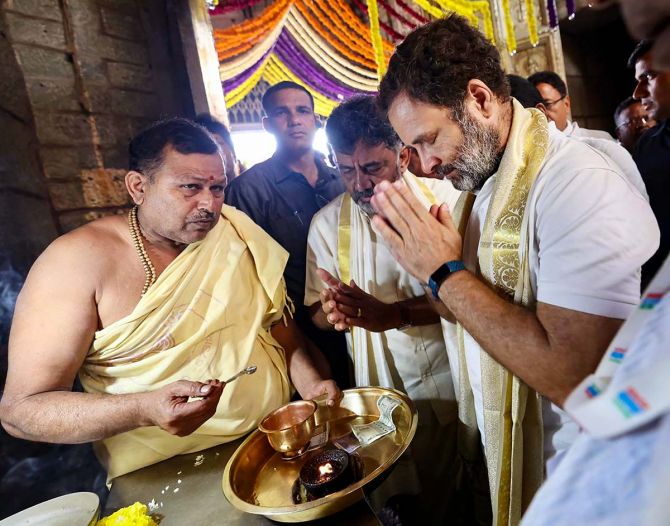 Shashi Tharoor is talking about it.

This is only an internal party election and not a Lok Sabha election.

Kharge is talking about what he thinks. Tharoor is discussing. There is a discussion going on. What more do you need? This is not a war. There is no enmity among party workers. There is a limit for certain things.

So, you feel there shouldn’t be a debate?

It’s not needed. You tell me, what is the experience of Tharoor in the Congress party? Has he held any important position within the party? I don’t want to criticise him. He is a good friend.

People like us have devoted 50 years of our life to the party. We worked day and night for the party. But he has never worked like that in the party.

He has got other qualifications like working in the United Nations, in foreign affairs, etc.

But as a political leader, he has not done enough work in the party.

The party president should know the party and the party organisation deeply.

When he came to the party, we respected him and gave him the ticket. And he was elected as the MP three times.

He won because the party workers worked day and night for him. 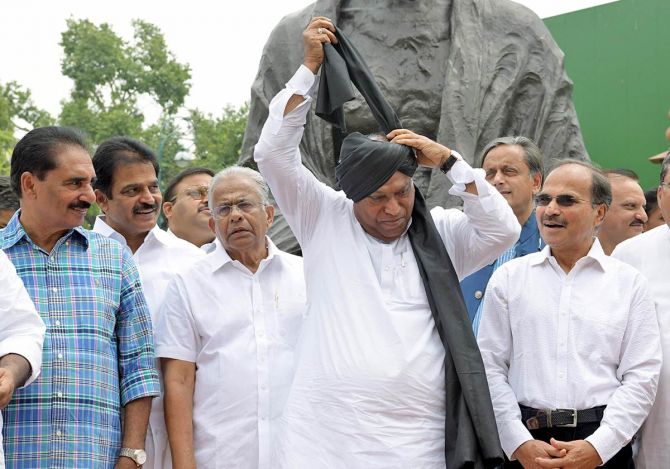 Would people vote for him three times if they don’t believe in what he said?

I am not denying that. Yes, he was elected because he has qualities.

The party made him a minister too. It means the party has given him all the important positions.

It is not true. Young people also support Kharge. Let the election happen. Let them decide who wins.