Over the decades, there has been a steady decline in the number of insects — those diverse, seemingly pesky critters that hold the world together. 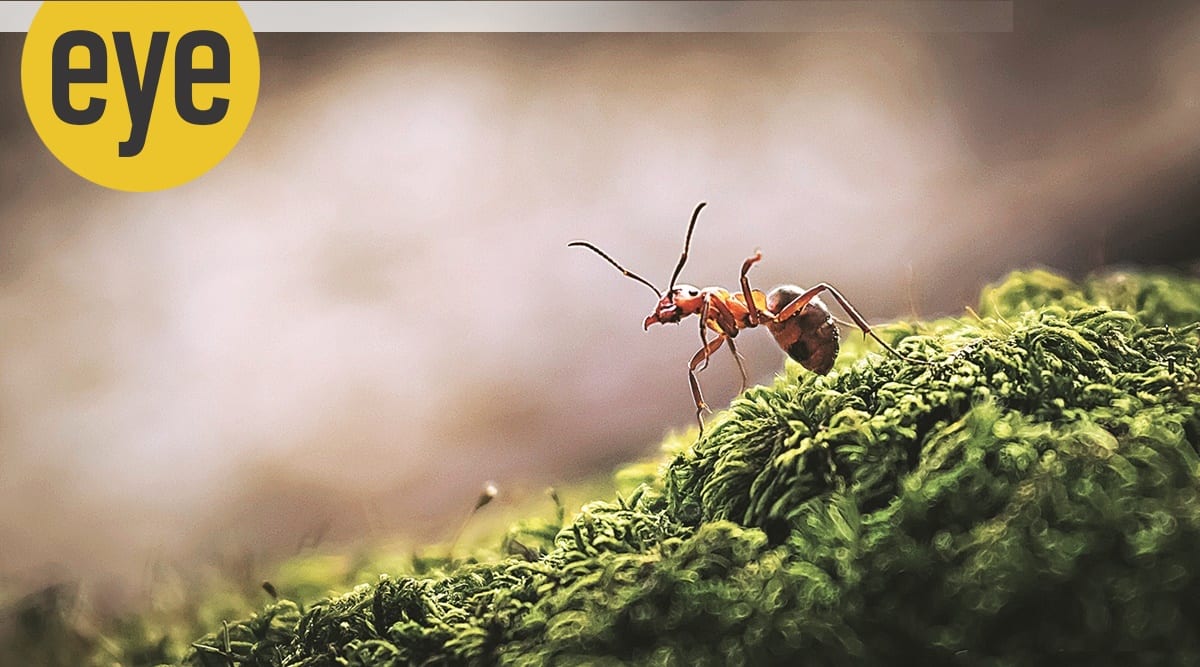 A few days ago, I opened a jar of honey that I hadn’t touched for months. The thick golden treacle was dotted with black spots – ants who had dropped dead after gorging on the nectar. That was something I hadn’t seen for years. It now seems long ago when a forgotten candy bar, a piece of fruit, a cube of cheese left uncovered or even a crumb of cake would draw a troop of foraging insects from nowhere. Their pheromone trails alerting more colony members who would join in the effort to break down the food item into tiny particles, which they carried back home.

These seemingly pesky critters are a diverse lot – there are more than 13,000 known varieties of ants, and at least 10,000 species that are yet to be discovered. They outnumber humans by about a million to one. Highly organised ant societies are almost everywhere – cities, villages, forests, farms. EO Wilson, arguably the world’s greatest living – and at times controversial – naturalist, writes in Tales from the Ant World (Liveright, 2020), “Ants penetrate every available nest site, take control of most available food sources, and in so doing create an arthropod hegemony that controls every level of the land from the highest canopy to the lowest root mass.” Yet, there might be fewer ants than about three decades ago. Last year, a study in the journal Science reported a nine per cent loss in the population of insects like ants, grasshoppers and butterflies, every decade, since the past 30 years.

Good riddance? Ant armies are, after all, known to defend their homelands violently. In Social Conquest of Earth (Liveright, 2012), Wilson writes that during World War II in the Solomon Islands, snipers “were known to fear weaver ants as much as they did the Japanese”.

The reality is, however, more sobering. The decline of ants, butterflies, bees, wasps, grasshoppers, fireflies and dragonflies could have outcomes far beyond their own demise. If not for insects, we wouldn’t get a lot of our plant-based food and without bugs the world would be overrun with rotting material. Insects are the original recyclers: They digest decomposed bodies and dead wood, check the spread of weeds, agricultural pests, disease vectors and other organisms that make lives of humans difficult. They are resources for medicines and indicators of habitat quality. Much like earthworms, ants are ecosystem engineers, who, in tunnelling through earth to make their complex mounds, redistribute nutrients in the soil and improve air and water circulation. Wilson calls insects “the little creatures that run the world”. But other than some charismatic varieties – monarch butterflies for instance – most species of the insect class are rarely monitored or enumerated. Beyond the pioneering studies of Wilson and University of Pennsylvania entomologists Daniel Janzen and Winifred Hallwachs, our knowledge of the fate of most ant species is drawn from anecdotal accounts. In a landmark address 34 years ago, at the opening of the National Zoological Park in Washington DC, that urged the world to pay more attention to the fate of invertebrates, Wilson said, “If invertebrates were to disappear, I doubt that the human species could last more than a few months. Most of the fishes, amphibians, birds, and mammals would crash to extinction about the same time. Next would go the bulk of the flowering plants and, with them, the physical structure of the majority of the forests and other terrestrial habitats of the world. The earth would rot. As dead vegetation piled up and dried out, narrowing and closing the channels of nutrient cycles, other complex forms of vegetation would die off, and, with them, the last remnants of the vertebrates. The remaining fungi, after enjoying a population explosion of stupendous proportions, would also perish. Within a few decades, the world would return to a state of a billion years ago, composed primarily of bacteria, algae, and a few other very simple multicellular plants.”

Wilson is among the scientists who believe that the insect decline is among the most cataclysmic aspects of the “Sixth Extinction”. This is something that Janzen and Hallwachs have been warning for at least four decades. “I have been watching the gradual and very visible decline of Mexican and Central American insect density and species richness since 1953 and Winnie since 1978. The loss is very real…and the reasons are very evident: Intense forest and agricultural simplification of very large areas, massive use of pesticides, habitat fragmentation, and, at least since the 1980s, ever-increasing climate change in temperature…if our terrestrial world remains constructed through constant war with the arthropod world, along with the plants, fungi and nematodes, human society will lose very big time. The house is burning. We do not need a thermometer. We need a fire hose,” Janzen writes in a 2019 article in the international journal on conservation science, Biological Conservation.

Butterflies, moths and bees are amongst the worst hit. The US has lost nearly half of its bee colonies in the past 70 years. The demise of the creatures started immediately after the introduction of DDT in the 1940s and has continued even after America discontinued the insecticide in 1972.

David Wagner and his co-editors of the multidisciplinary American scientific journal PNAS’s seminal issue on insect decline in January this year believe that “many of the butterfly declines in Europe are result of changes in agricultural practices after World War II… when modern tractors and mechanised equipment were employed to accelerate industrialisation of agriculture, insecticides became widely available, and synthetic fertilisers could be manufactured and applied in prodigious volume”. Deforestation, principally for agricultural expansion, is progressing at a rate that has an alarming impact on insects and other arthropods. We do not even know the real scale of this crisis, Wagner and his colleagues fear. In their contribution to this collection, Janzen and Hallwachs write about the “heterogenous blanket” of climate-change effects. Human beings have all through their history impacted insects and biodiversity webs. But at most times in the past, the effects of the assault could be reversed. Due to climate change, write Janzen and Hallwachs, much of that reversal does not happen: “A 200-year-old tree with all its attendant portions of thousands of ecosystem webs now and during its lifetime, now subject to climate change, no longer has the climate or interactors with which to reproduce itself the way its parents did. The herbivores, pollinators, seed dispersers, mycorrhizae, decomposers, diseases, competitors, commensals, mutualists, parents, parasites, and predators are all different from when it was a seed, seedling, and sapling”. Only minimal recovery is likely, fear the original Cassandras of insect decline.

In 2009, French entomologist Nicola Gallai estimated that India has lost close to 40 per cent of its honey bees since the 1980s. “While there is no dearth of information on honey-producing bees in India, right from the very beginning of written history, information on other native bee species is scant and ambiguous,” write Manjishtha Bhattacharya, Sankar Acharya and Susanta Chakraborty in a 2017 article in an open-access journal, Tropical Conservation Science.

Last year, a study in an Andhra village – reported in the International Journal of Tropical Insect Science – compared a firefly enumeration in the same area in 1996 and found that the population of these beetles has come down by 80-90 per cent. The scientists ascribe the decline to unscientific use of pesticides in paddy fields. Research in other parts of the world has ascribed the decrease in these creatures to light pollution – the energy-efficient LEDs, ironically inspired by these luminous insects, are especially known to interfere with the fireflies’ courtship rituals, in which males and females use the play of light and colour to grab each other’s attention. Lights from homes, buildings and cars mess up these signals, and fewer larvae are born every year. The firefly specialist group of the International Union for the Conservation of Nature believes that such studies, though invaluable, need to be backed up by long-term data. Last year, more than 20 scientists from different parts of the world came together to issue a “Warning to Humanity on Insect Extinctions”. In the Biological Conservation, they said, “when we lose insects, we lose more than species. Such losses lead to decline in key ecosystem services on which humanity depends”.