“The state government is procuring 1 crore doses of vaccine while another work order has been placed to procure one crore more of additional vaccine doses. The fourth phase of the vaccination drive will be taken up in stages,” CM BS Yediyurappa said. 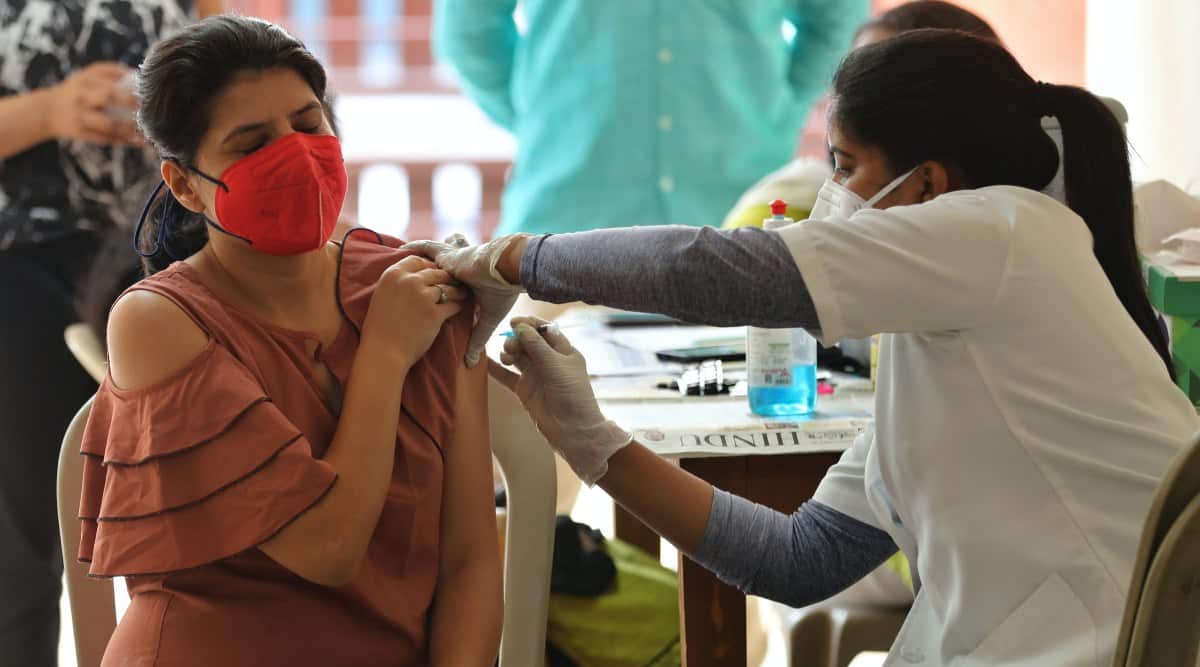 The Karnataka government Thursday announced that it will take up the vaccination drive for people aged 18-44 in a phased manner.

“The state government is procuring 1 crore doses of vaccine while another work order has been placed to procure one crore more of additional vaccine doses. The fourth phase of the vaccination drive will be taken up in stages,” CM BS Yediyurappa said.

He added that the Centre had supplied 99.4 lakh doses of Covid vaccine to the state to date. “While 93.5 lakh doses have been administered, around 5.9 lakh doses are available now,” Yediyurappa said.

The CM further added the Centre had “liberalised” the fourth phase “by allowing direct procurement from manufacturers directly and making an implementation plan” based on requests made by many states.

Yediyurappa further informed that a third vaccine was being introduced, other than Covishield and Covaxin. “Pharmaceutical companies are enhancing their production capacity to meet out the increased demand. Under these circumstances, vaccination drive will continue based on the availability of doses. The drive will be planned to ensure systematic, disciplined and smooth implementation,” he said.

Begin door-to-door vaccination for all: Kumaraswamy

Janata Dal (Secular) leader and former CM HD Kumaraswamy Thursday urged the state government to begin “compulsory door-to-door vaccination” for all aged 18 and above to mitigate the spread of Covid-19.

“As the state is under curfew, I suggest the government take full advantage of the situation and start door to door compulsory vaccination of all 18 plus population so as to instill confidence in the population as well as to arrest the spread of Covid,” he said.

Further, in a series of tweets, the former CM noted that many aged above 45 in the state were yet to get the first dose due to alleged lack of vaccine supply. “And most from the 45-60 age group haven’t received the second dose. Does Government of Karnataka and Government of India have enough supplies to walk the talk?” he asked.