Will uphold national interest, offered resolution, US did not accept: Government 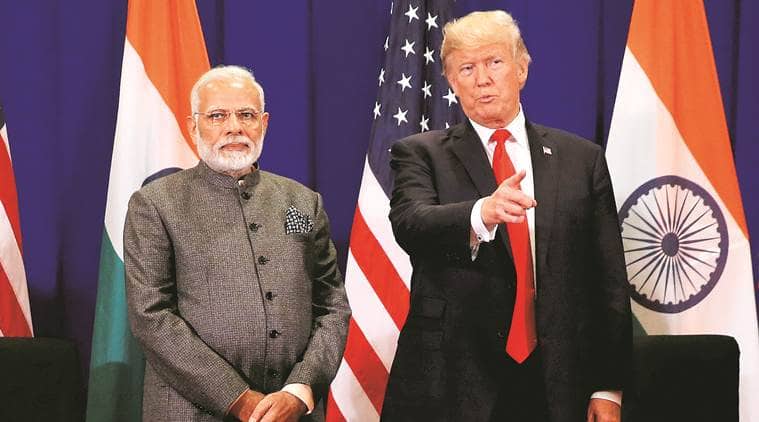 After nearly a month of uncertainty over whether the US would ease its stance on trade relations with India, President Donald Trump Saturday announced that he is terminating India’s benefits under the Generalised System of Preferences (GSP) scheme which provides preferential, duty-free access for over $6 billion worth of products exported to the US, come June 5.

Washington had earlier held off on notifying its decision close to the Lok Sabha elections. India has been a beneficiary of the GSP programme, one of the largest and oldest trade preference programmes by the US, since November 1975. It allows beneficiary countries to export thousands of products to the US without the added burden of duties.

The government has called the development “unfortunate” but indicated it did not plan to budge on some demands. “India, like the US and other nations, shall always uphold its national interest in these matters. We have significant development imperatives and concerns and our people also aspire for better standards of living. This will remain the guiding factor in the government’s approach,” said the Ministry of Commerce in response to the Trump administration’s decision.

Trump delayed withdrawing GSP benefits until polls ended. So with this, trade tensions will deepen and a way out will need deft handling. Minister of External Affairs S Jaishankar is a known negotiator and with Piyush Goyal in Commerce, both have their task cut out.

Over the last two years, tensions with the US have heightened following certain decisions by India that the Trump administration claimed was preventing “equitable and reasonable access” to its markets. This includes India’s decision to slash maximum retail prices of life-saving cardiac stents and essential knee implants over 65 per cent, its tariffs on information and communication technology products and demands that dairy product exporters certify that their produce was derived from animals not fed food containing internal organs.

“India, as part of our bilateral trade discussions, had offered resolution on significant US requests in an effort to find a mutually acceptable way forward. It is unfortunate that this did not find acceptance by the US,” it stated. The ministry views this development as part of ongoing issues that “get resolved mutually from time to time” and it would continue to build on its “strong” ties with the US.

In a proclamation issued by the White House late Friday, Trump said: “I have determined that India has not assured the United States that India will provide equitable and reasonable access to its markets. Accordingly, it is appropriate to terminate India’s designation as a beneficiary developing country effective June 5, 2019.”

India was the largest GSP beneficiary and the withdrawal of benefits could impact its competitiveness in exports of 1,900 items, including organic chemical raw materials, iron, steel, furniture, aluminium and electrical machinery, as duties will now be levied on these products. Exports to the US from India under GSP — at $6.3 billion — were over 11 per cent of India’s total goods exports of $54.4 billion to the US in 2018.

Yet, the commerce ministry earlier said the withdrawal would have minimal impact as the total duty reduction enjoyed by exporters under GSP was only $190 million every year. The US is one of India’s largest trading partners. In 2018, India had a goods trade surplus of $21.3 billion with the US.

Despite months of negotiations, where India attempted to provide a “very meaningful way forward on almost all the US requests”, the Trump administration on March 5 announced that it planned to withdraw India’s status as a GSP beneficiary.

However, the US had initially held off on notifying its decision despite the expiry of its 60-day notice period to do so early in May.

Other sticking points for the US during discussions included issues related to market access for various agriculture and animal husbandry products and relaxation or easing of procedures related to issues like telecom testing or conformity assessment.