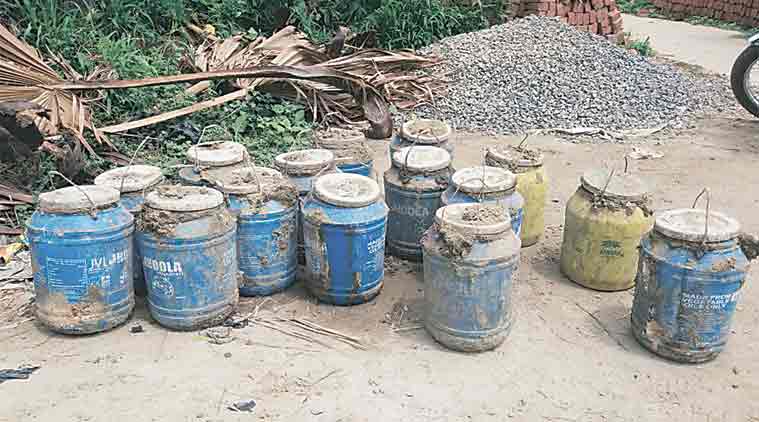 The toll in the Barabanki hooch tragedy in Uttar Pradesh rose to 15 Wednesday, even as the main accused who ran the licensed liquor shop was arrested, officials said. The latest death was reported from the trauma centre of King George Medical University (KGMU), Lucknow, they said.

The incident had prompted the Yogi Adityanath government to order a high-level probe into all the angles, including the possibility of a “political conspiracy”.

So far, 47 patients have been brought to the trauma centre and three of them, including Maniram, have died. Officials said 44 others were undergoing treatment, of whom 10 were admitted in the ICU and their condition was stated to be serious.

Superintendent of Police Ajay Sahini said Jaiswal was held following an encounter, while efforts are on to arrest the other accused Danvir Singh.

Jaiswal received injuries in his leg during the encounter and has been referred to the Lucknow Trauma Centre, the SP said. Both Jaiswal and Singh are carrying a reward of Rs 20,000 each on their heads.

Three others working in the shop which sold the liquor were arrested on Tuesday night, the SP said. During raids at the shop’s godown, illicit liquor was seized.

The police said while the shop was allotted to Danvir Singh, Jaiswal was running it for him.

Locals belonging to Raniganj and adjoining villages consumed the liquor purchased from a licensed shop in Ramnagar area on Monday night and were rushed to the Ramnagar Community Health Centre (CHC).

A magisterial inquiry has also been ordered into the incident following which authorities suspended 10 excise and two police officials on charges of dereliction of duty.