Harsh Vardhan alleged that the move an attempt to cover Maharashtra's "failure" and to spread panic among people by demanding vaccination of all without inoculating enough of eligible beneficiaries. 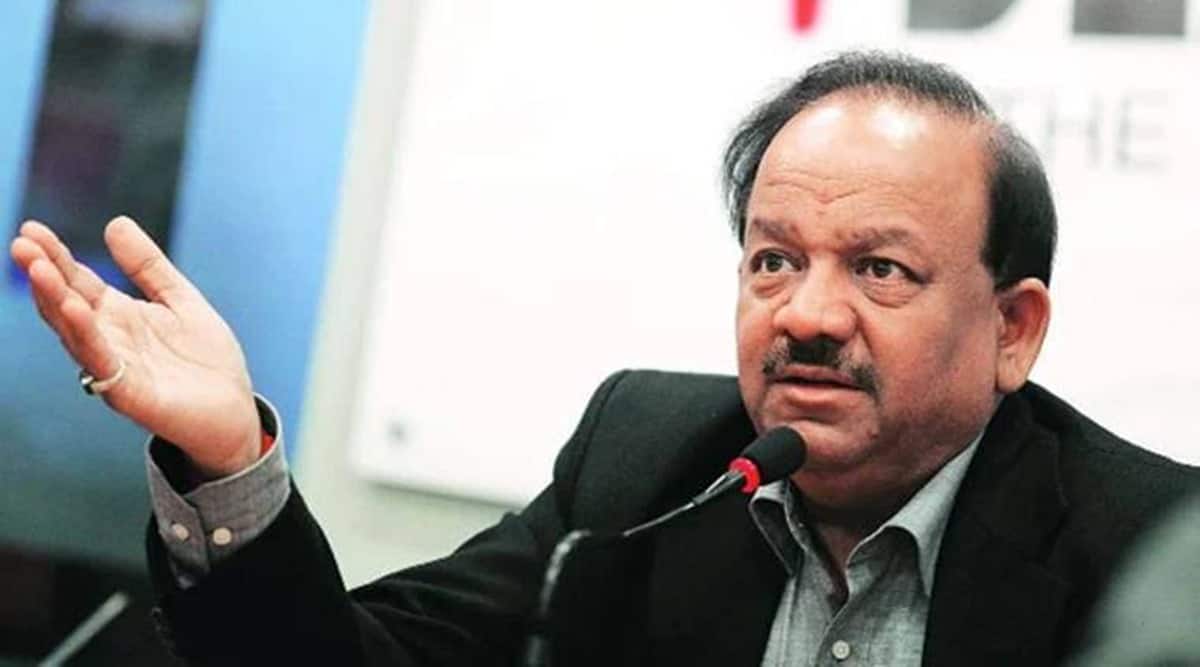 In a strongly-worded statement, Union Health Minister Harsh Vardhan Wednesday responded to the Maharashtra government request to the Centre to send in additional stocks of Covid-19 vaccine.

Vardhan alleged that the move an attempt to cover Maharashtra’s “failure” and to spread panic among people by demanding vaccination of all without inoculating enough of eligible beneficiaries.

“Vaccine supplies are being monitored on a real-time basis, and State governments are being apprised regularly about it. Allegations of vaccine shortage are utterly baseless,” he said.

Maharashtra on Wednesday said that the state was running short of Covid vaccines, especially in urban centres, and urged the Centre to send in additional stocks. The state said it had 13 lakh doses of Covaxin and Covishield in stock, which according to its estimates will be exhausted in three days.

The health minister also reacted to the demands of political leaders including Maharashtra Chief Minister Uddhav Thackeray and his Delhi counterpart Arvind Kejriwal’s request to open up vaccination to everyone above the age of 18.

“Nonetheless, it bears repeating that the primary aim of vaccination is to reduce mortality among the most vulnerable people, and enable the society to beat the pandemic,” he said.

“So long as the supply of vaccines remains limited, there is no option but to prioritize. This is also the established practice around the world, and is well known to all State governments,” he added.

Further listing out vaccination statistics amongst frontline workers in Delhi and Maharashtra, Vardhan said, “Doesn’t it seem evident that these states are trying to divert attention from their poor vaccination efforts by just continuously shifting the goal-posts? Politicizing such a public health issue is a damning indictment of certain political leaders who should know better.”.

“I would like to humbly state that it would be better if the state government focusses its energies on ramping up their health infrastructure rather than on petty politicking,” Vardhan said while flagging “disproportionately higher number of deaths in the last 2-3 weeks” in the state.

Vardhan also said that the state’s testing remains heavily dependent on rapid antigen tests which is not a wise strategy.