The company was a joint venture between the Power Grid Corporation of India and Reliance Infrastructure, but the latter sold its entire 74 per cent equity stake in the venture a few days ago. 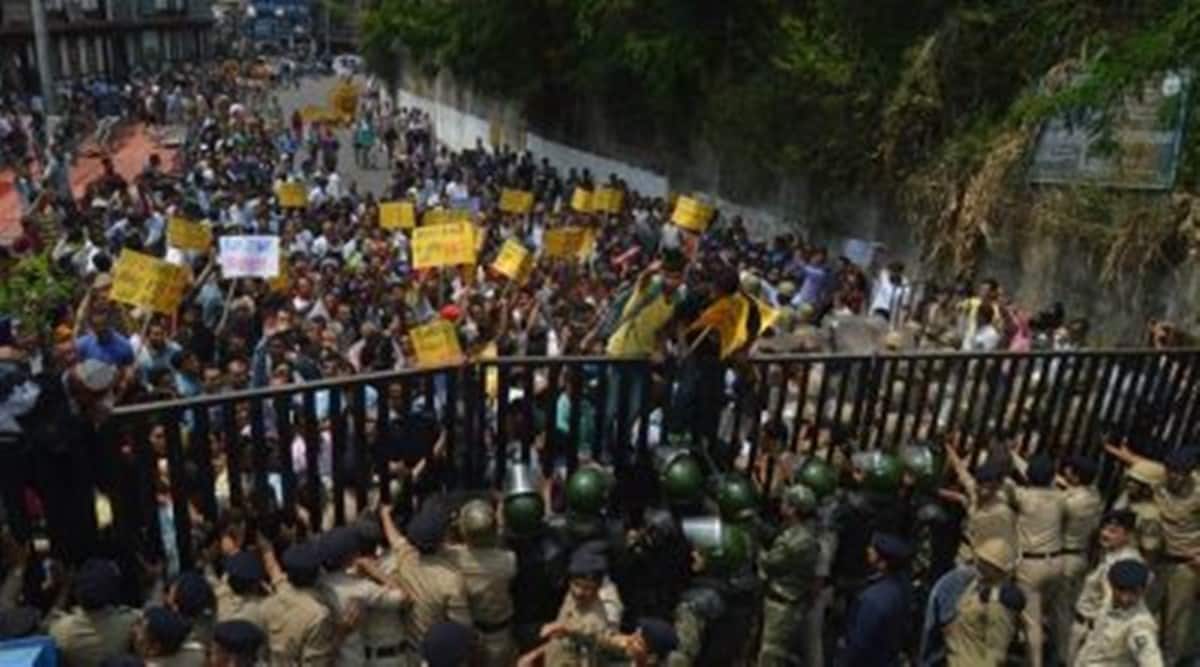 A group of farmers affected by a power transmission line have been protesting in Jukhala in Bilaspur district for the past two weeks. Around 15 to 25 protesters have been staging a dharna to demand fair compensation for the transmission line running through their land, which was set up by the Parbati Koldam Transmission Company from Kullu to Punjab more than five years ago.

The company was a joint venture between the Power Grid Corporation of India and Reliance Infrastructure, but the latter sold its entire 74 per cent equity stake in the venture a few days ago.

The Parbati Koldam Transmission Company is facing at least three court-ordered FIRs in Himachal under the Indian Penal Code, the Indian Forest Act and the Environment (Protection) Act registered in 2015 due to allegations of not having taken requisite permissions before laying the transmission lines.

That same year, following an inquiry by a fact-finding committee, the deputy commission of Bilaspur had asked the state government to take action against the company for allegedly violating the Electricity Act and Indian Telegraph Act, and not adhering to parameters of revenue, horticulture, agriculture and forest departments for providing adequate compensation.

“The matter may kindly be taken up with the Government of India for streamlining the process for providing compensation in such major projects of national importance,” the DC had written. Then last year, the state high court had dismissed a petition by the company which sought the quashing of the FIRs.

Rajneesh Sharma, one of the protesters, said that they will be holding a Jan Chetna rally on Wednesday to intensify their stir, during which a national coordinator of the Bhartiya Kisan Union will join them. He added that they are also demanding a repeal of the Indian Telegraph Act, 1985 under which the transmission lines are laid.