In a statement issued by CPI (M) state office secretary Haripada Das, the party said the BJP-led central and state governments of Tripura are “solely responsible” for the protests in Kanchanpur against the resettlement formula of Bru migrants. 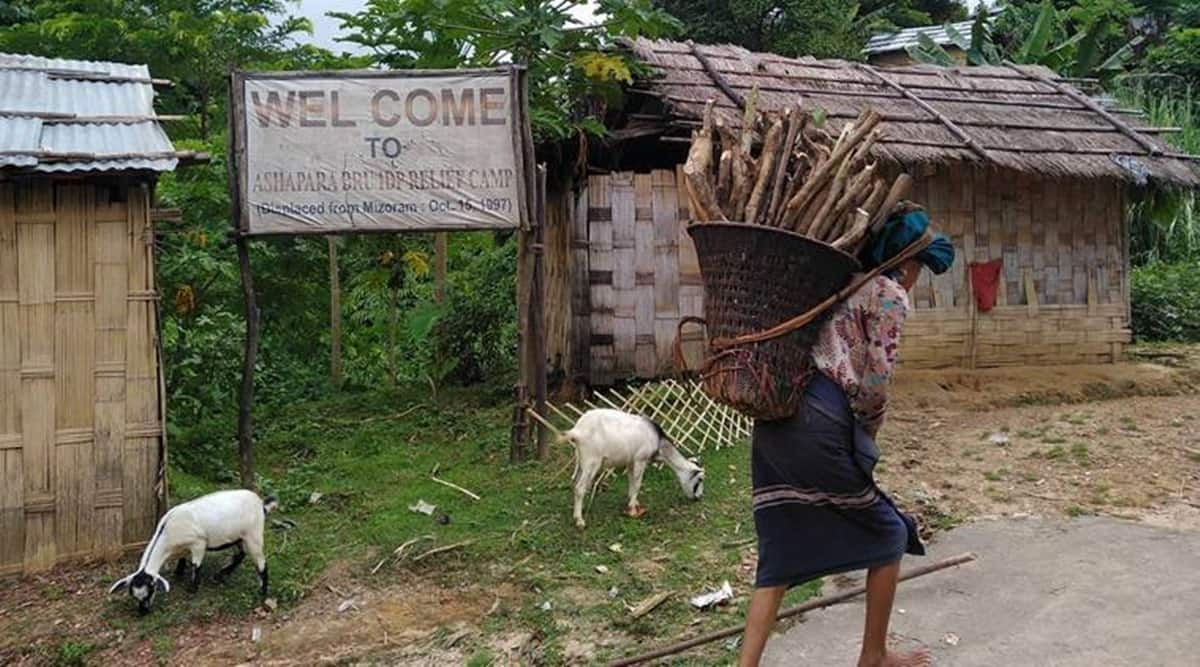 Four days after a number of civil societies of North Tripura began an indefinite strike at Kanchanpur, 160 km from here, against the state government’s formula of resettling Bru migrants from Mizoram, the opposition CPI(M) has said the interest of locals should not be hurt while resettling the migrants.

Over 32,000 Brus who fled Mamit, Kolasib and Lunglei districts of adjoining Mizoram in 1997 are being resettled in Tripura as part of a four-corner agreement between the state governments of Tripura, Mizoram, the central government and Bru migrants. Twenty-three years after their displacement and nine phases of repatriation, the Centre has declared a Rs 600-crore package for resettling these migrants in clusters in the state in January this year.

Joint Movement Committee, a joint forum of local ethnic civil societies including Nagarik Surakhsa Mancha and Mizo Convention, is holding an indefinite strike at Kanchanpur protesting the state government’s formula to permanently settle over 5,000 Bru migrants in the sub-division out of 32,000 who would be resettled in the state

In a statement issued by CPI (M) state office secretary Haripada Das, the party said the BJP-led central and state governments of Tripura are “solely responsible” for the protests in Kanchanpur against the resettlement formula of Bru migrants.

“An indefinite strike called by two organisations of Kanchanpur sub-division is being held there for four consecutive days over the issue of resettling Bru migrants from Mizoram. Some violent incidents occurred on November 17. Normal life has been crippled in the area due to the strike. We feel the BJP-led governments at Centre and Tripura are solely responsible for this situation. They haven’t initiated any dialogue with the protesters at all”, the statement reads.

Criticising the Centre’s move to strike a deal for resettling the Brus in Tripura permanently, the Communist party said the migrants’ legitimate demand of repatriation was denied in the process. The statement also claims opposition political parties were not approached prior to the decision.

With the agreement in place, the opposition party has lent support to the argument floated by Joint Movement Committee that the migrants should be resettled on khash or government lands, reserved forest areas or forest cover-free lands and their livelihood should be ensured without disturbing the interests of permanent local residents. The party has also urged the state government to initiate dialogue with the picketers to reach an amicable solution.

CPI(M)’s statement comes in the midst of a hardening government stand on the protest. A case was registered at Kanchanpur police station on Thursday against unidentified individuals for violation of section 144 in force since the previous day.

Meanwhile, the ruling BJP has welcomed the decision to resettle Brus in Tripura, saying the move would put an end to a 23-year old displacement crisis in the region.

On Thursday evening, Deputy Chief Minister Jishnu Devvarma told reporters that his government is looking into demands and objections raised by some people over Bru resettlement.

“Our government has taken a nationalist stand on the issue….we know there are some demands and objections against Bru settlement; we are looking into it. But creating trouble doesn’t make any sense and it will not solve the problem”, Devvarma said.

Four persons were also booked over the assault on the pump operator during the strike hours on Tuesday. The protesting organisations have, however, maintained that the assault was carried out by Bru migrants.