Not only has RTE unreasonably differentiated between minority and non-minority schools without any explicable basis, there is also no rational nexus between the object of universal education it seeks to achieve and the exclusion of minority schools from its purview. 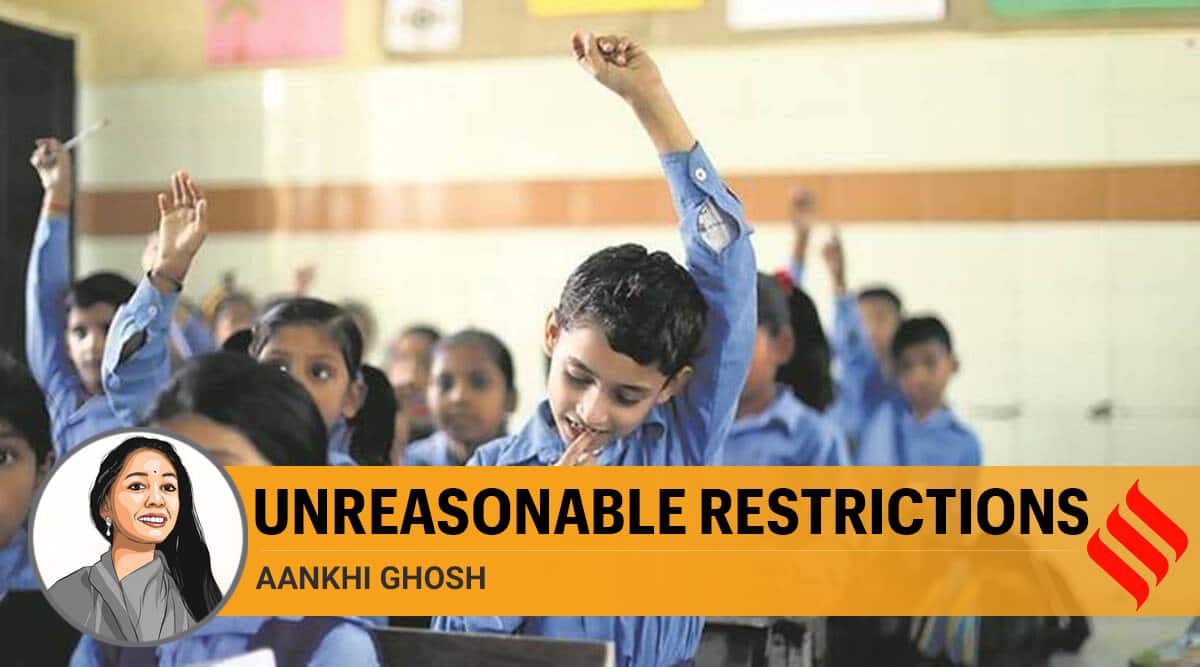 Most fundamental rights are enforceable against the state, not against private individuals. This is known as the vertical application of fundamental rights. Certain rights, however, are horizontally enforceable too, that is, they can be enforced against individuals. The Right to Free and Compulsory Education Act or RTE falls in the latter category.

The next year, the court in Unnikrishnan JP v. State of Andhra Pradesh held that the state was duty-bound to provide education to children up to the age of 14 within its economic capacity. The court acknowledged that such a task could not be fulfilled by the state alone and held that private educational institutions, including minority institutions, would have to play a role alongside government schools. The right to education was finally given the status of a fundamental right by the 86th constitutional amendment in the year 2002 by the addition of Article 21A in the Constitution.

Landmark judgments such as TMA Pai Foundation and P A Inamdar laid the groundwork for the constitutional right to education. The court held in Inamdar that there shall be no reservation in private institutions and that minority and non-minority institutions would not be treated differently.

But in 2005, the Constitution was amended by the 93rd amendment to include Clause(5) to Article 15 which dealt with the fundamental right against discrimination. Ironically, this new provision effected heavy discrimination against a class of private citizens. The clause permitted the state to provide for advancement of “backward” classes by ensuring their admission in institutions, including private institutions. The clause, however, excluded both aided and unaided minority educational institutions thus overruling the Supreme Court’s judgment in Inamdar.

When the RTE Act was subsequently enacted in 2009, it did not directly discriminate between students studying in minority and non-minority institutions. Its provision of 25 per cent reservation in private institutions was however challenged in Society for Unaided Private Schools of Rajasthan v. Union of India where the court upheld the validity of the legislation exempting only unaided minority schools from its purview. In response to the judgment, the RTE Act was amended in 2012 to mention that its provisions were subject to Articles 29 and 30 which protect the administrative rights of minority educational institutions. This was completely different from the way the court had envisaged the issue in its earlier judgments.

This arbitrariness of the Act was challenged several times with the court conceding in Pramati Educational Trust that while non-minority aided and unaided schools were bound by the legislation, both aided and unaided minority schools were exempt. Given the stringent requirements under the legislation, this judgment gave rise to an absurd situation where the onus on private unaided schools was much higher than that on government schools, while even aided minority schools were exempt. It must be noted that the constitutional provision enabling the RTE Act, that is, Article 21, does not make any discrimination between minority and non-minority institutions.

The above provisions of RTE made it violative of Article 14 and also economically unviable for many private schools. While the state does have the power to impose reasonable restrictions on the fundamental right to carry on any occupation, it does not have the power to enact a legislation which violates the constitutionally guaranteed tenet of equality in Article 14. Not only has RTE unreasonably differentiated between minority and non-minority schools without any explicable basis, there is also no rational nexus between the object of universal education sought to be achieved by this act and the step of excluding minority schools from its purview.

Moreover, while dealing with beneficial legislations such as RTE, courts are generally inclined to ensure maximum reach. Given the doctrine of harmonious construction of fundamental rights, it is unclear why the court granted complete immunity to minority institutions when several provisions of RTE would not interfere with their administrative rights.

In 2016, A Muhamed Mustaque, judge of the Kerala High Court held in Sobha George v. State of Kerala that Section 16 of RTE, which forbids non-promotion till the completion of elementary education, will be applicable to minority schools as well. The respondent contended that they were an unaided minority school and were covered by the Pramati judgement, making them immune to provisions of RTE. Justice Mustaque, however, explained that although functioning of minority institutions is not subject to RTE, they are subject to fundamental rights enshrined within the Constitution. He stated that courts must examine whether provisions such as Section 16 of RTE are statutory rights or fundamental rights expressed in a statutory form. If the latter, then Pramati will not be fully available to minority institutions.

RTE has provisions such as prevention of physical/mental cruelty towards students as well as quality checks on pedagogical and teacher standards which children studying in minority institutions should not be deprived of and to that extent be discriminated against.

RTE as a legislation may be well-intentioned, but the time has come to relook at the discriminatory nature of RTE against private non-minority institutions, and to that extent, undo the damage done by 93rd Amendment and the subsequent SC judgments. As a start, the Supreme Court should take inspiration from the prudent decision delivered by the Kerala High Court and overrule its own judgment delivered in the Pramati Educational Society.

This column first appeared in the print edition on April 3, 2021 under the title ‘Unreasonable restrictions’. The writer is a Supreme Court advocate.