“While Article 35A is a constitutional blunder, Article 370 is a wall of hatred,” he said. “We wish that both these provisions are abrogated at the earliest.” 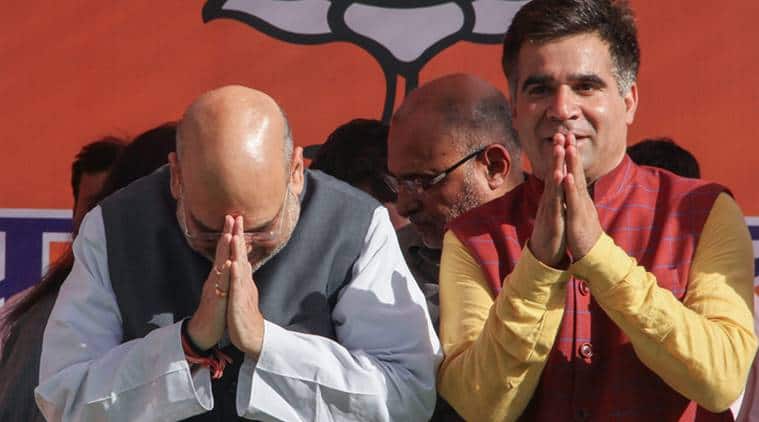 THREE DAYS after winning three Lok Sabha seats in Jammu and Ladakh divisions, BJP state president Ravinder Raina on Sunday said that time has come for Article 370 and Article 35A, which guarantee special status to Jammu and Kashmir, to be removed.

“While Article 35A is a constitutional blunder, Article 370 is a wall of hatred,” he said. “We wish that both these provisions are abrogated at the earliest.”

“Both these provisions have brought great injustice to the people of Jammu and Ladakh divisions and the BJP has been fighting for their abrogation ever since the time of Praja Parishad and Jan Sangh,” he said.

Pointing out that Article 370 was never permanent provision, Raina said, “It has been brought to present times by way of extensions. Even today, it is mentioned as a temporary and transitory provision in the Constitution.”

The BJP leader stated that Article 370 has only led to creation of a sense of separatism and terrorism and has facilitated about 100 political families to loot the state’s poor.

Labelling Article 35A as a “constitutional blunder”, Raina said the provision had been brought into the Constitution through the back door. As per laid down procedure, a provision becomes part of the Constitution only after it is first passed by both Houses of Parliament and then sent to President for his consent, he said, adding that Article 35A was not passed by any House of Parliament.

If both these constitutional provisions had not been there, Abdullahs and Muftis would have been behind bars on charges of corruption, he said.