Low-income countries, contact-intensive sectors, manual jobs, and women have been hit the hardest by the adverse economic impact of the pandemic. 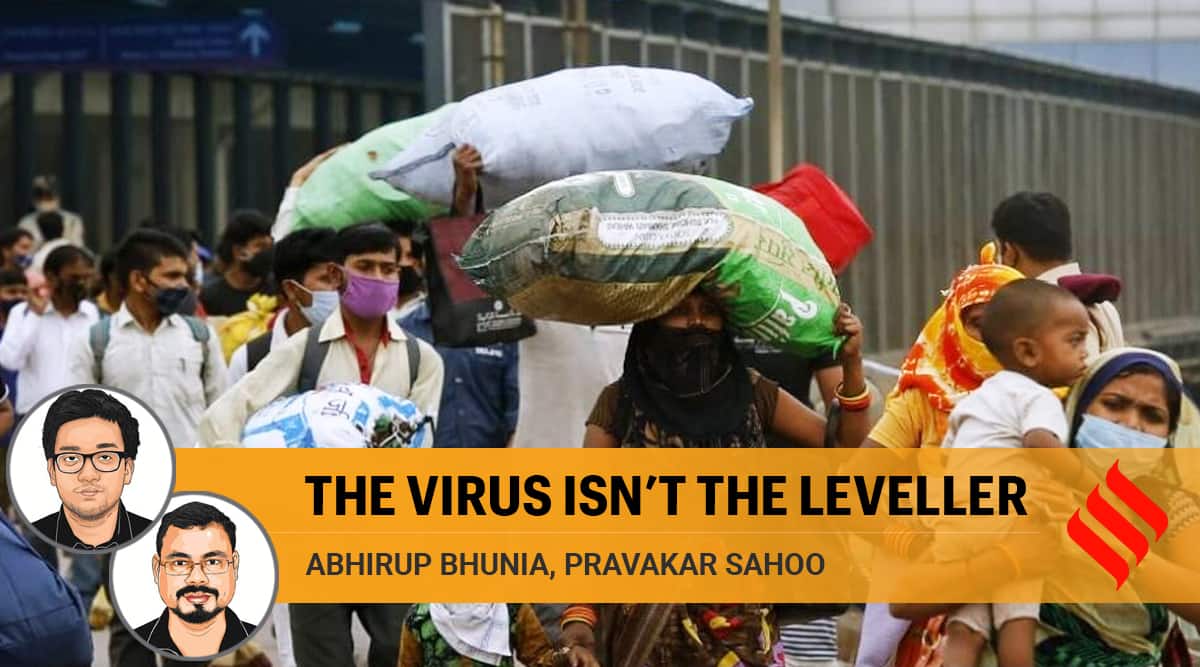 More than a year after the Covid-19 pandemic struck, the virus has not only affected 190 countries, leading to a 4.3 per cent contraction of the world economy, but has also perpetuated inequalities on three interconnected fronts: Inequalities in access to and availability of vaccines; loss of livelihood and standards of living, with millions pushed back into poverty in low and middle-income countries (LMICs); and gender inequality across sectors.

While vaccines have been produced at record speed, disparities in access to and distribution of vaccines have meant that vaccinations are potentially years away for many low-income countries. The Duke Global Health Institute’s assessment shows that wealthy countries had taken an early lead in striking purchase deals, in effect, cornering a lion’s share of available vaccine doses. As early as July 2020, the US and UK secured deals to inoculate 93 per cent and 135 per cent of their populations. By August 2020, Japan and the EU had tied up to vaccinate 95 per cent and 60 per cent of their populations respectively. The Covax global initiative to support vaccinations in 92 LMICs simply did not have enough funds at the time to secure doses. A waiver of Trade and Intellectual Property Rules (TRIPS) for Covid-19 vaccines was initially blocked at the WTO by high-income countries, followed by considerations of support. So long as the virus lurks, economic recovery will be threatened by intermittent infection surges in LMICs.

The World Bank estimates suggest that up to 150 million people could be pushed into extreme poverty by 2021, with a significant number of the new poor in countries with already high poverty rates. The per capita income levels in low-income countries fell by 3.6 per cent in 2020, with output falling by 0.9 per cent – the largest contraction in 30 years. Such losses in per capita incomes will lead to a reversal of the hard-fought gains in the living standards of the poor and widening the north-south divide. Meanwhile, an equivalent of 255 million full-time jobs were lost in 2020, relative to Q4 of 2019, with South Asia among the worst-affected regions.

The pandemic and lockdowns led to a large reduction in revenues from critical sectors affecting output and causing massive job losses. Many of these jobs are lower on the skills hierarchy, whereas simultaneously positive job growth is already visible in high-skill service sectors such as ICT and finance, further manifesting existing job market inequalities. Research indicates less than 10 per cent of urban jobs in developing countries can be performed remotely, with low-wage earners and the self-employed (comprising a large majority of employment in India) having limited opportunities to work from home.

According to the IMF, commodity-dependent countries, tourism-based economies and physical contact-intensive sectors will face difficult prospects going forward due to the slow normalisation of cross-border travel and subdued prices’ outlook. MSMEs, which tend to have small inventories and operate on thin margins, were already badly affected during the first wave. Nearly 90 per cent of all enterprises in Asia and Africa are MSMEs, and many rely on small supplier networks. Most businesses are also informal. But constraints on fiscal space and capacity to implement income support measures are a challenge in LMICs.

The economic impacts of the pandemic have been widely felt but impacted certain groups more than others – low-income countries, contact-intensive sectors, manual jobs, and women. According to a survey, female-owned businesses were 5.9 percentage points more likely to have faced closure than male-owned ones during/post-Covid-19. Notably, women are more likely to be employed in low-paying, insecure and informal jobs, even as the global gender pay gap remains persistently high at nearly 20 per cent.

Global recovery will require a collaborative international effort. The Covax initiative needs an estimated minimum of $2 billion in additional funding to lock in some doses till early 2022. According to IMF research, $50 billion worth of investments towards vaccinating the world by early 2022 can yield economic returns worth $9 trillion by 2025. But as of now, the world is far away from achieving this level of funding.

This column first appeared in the print edition on May 26, 2021 under the title ‘The virus isn’t the leveller’. Bhunia is an International Development Consultant and Sahoo is Professor, Institute of Economic Growth, Delhi