On Friday, the CM had instructed Chief Secretary Somesh Kumar to get an inquiry done by the Medak District Collector on the complaints of encroachments of lands on the outskirts of Achampet in Masaipet Mandal in Medak district, get a comprehensive report and submit the same to him. 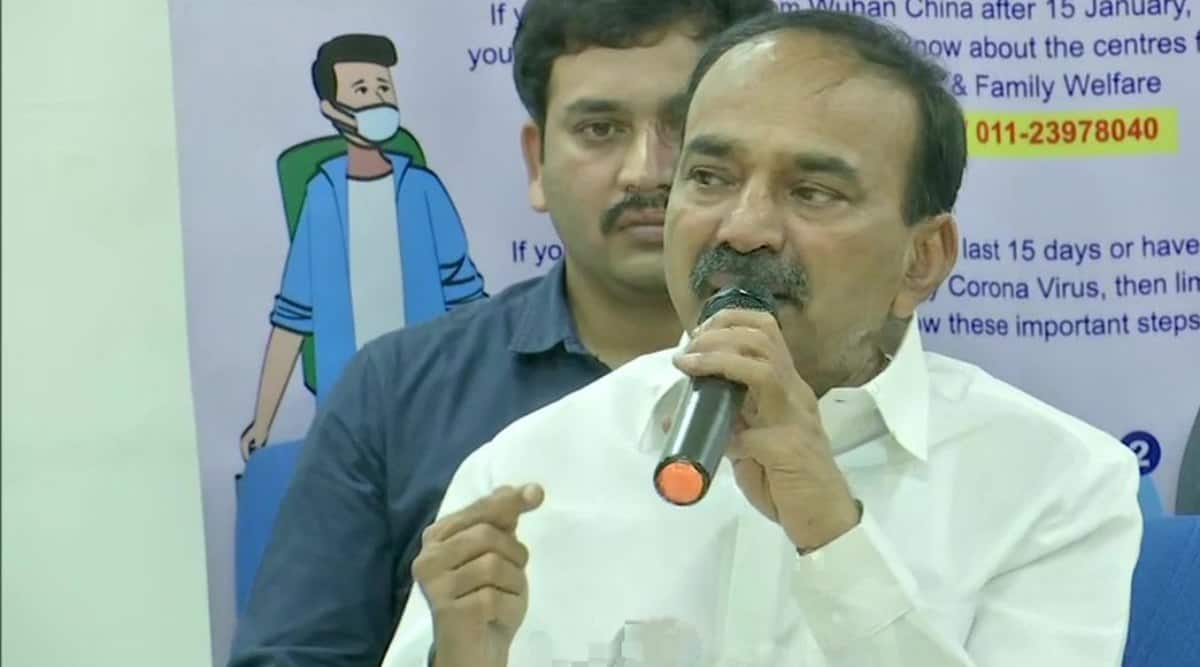 Telangana Health Minister Etela Rajender has been divested off his portfolio over allegations of land grabbing in Medak district. Chief Minister K Chandrashekar Rao will handle the health portfolio.

On Friday, the CM had instructed Chief Secretary Somesh Kumar to get an inquiry done by the Medak District Collector on the complaints of encroachments of lands on the outskirts of Achampet in Masaipet Mandal in Medak district, get a comprehensive report and submit the same to him.

The CM also instructed Vigilance DGP Purnachandra Rao to find out the truth behind the allegations. The CM issued orders that the primary inquiry in the matter should be done immediately. Several farmers and landowners in Achampet recently complained that they were forced to sell their land to Jamuna Hatcheries owned by Rajender’s family. Jamuna Hatcheries had recently expanded and the company purchased lands adjacent to the existing facility. The complaints came from the same landowners.

However, Rajender said that the land for expansion was purchased legally and the landowners gave up their lands willingly. “This is an attempt to malign my image. When the allegations were first made, I had sought an inquiry by a sitting judge. I had also stated about the expansion plan of Jamuna Hatcheries to the CM and Principal Secretary Narsing Rao,” Rajender said. The Medak District Collector Dr S Harish started conducting the inquiry by meeting the land owners and farmers who complained that they were coerced into selling the land to Jamuna Hatcheries. “The farmers and landowners complained that the minister and his associates grabbed around 100 acres of land that was assigned to them under various government schemes on the outskirts of Achampet and Hakimpet,” an official said.

However, while the inquiry is still underway, the office of Governor Dr Tamilisai Soundararajan issued a statement in the afternoon saying that on the advice of the CM, the governor had approved the transfer of Medical, Health and Family Welfare protfolio from Etela Rajender to the CM with immediate effect.

Rajender is a four-time MLA and belongs to the strong Mudiraj community. Although he is one of the founding members of Telangana Rashtra Samiti (TRS), he and the CM have their differences. As the number of Covid-19 cases surged last month, Rajender criticised the Centre several times for controlling the flow of vaccines and medicines, and complained that the Centre was not supporting states to combat the virus spread. Chief Minister K Chandrashekar Rao however maintained silence. Sources said that due to the allegations against Rajender, Opposition parties were targetting the CM and therefore, the decision to divest Rajender off his portfolio was taken.

The change comes amid a surge in Covid-19 cases with 7,754 new cases and 51 deaths being reported in the last 24 hours. Due to shortage of vaccines, the state has not been able to start the vaccine drive for people in 18-44 years age group today.