Sabareesan is a powerful face in Stalin's camp, a man known for mobilising resources to holding talks and negotiations with friends as well as foes. 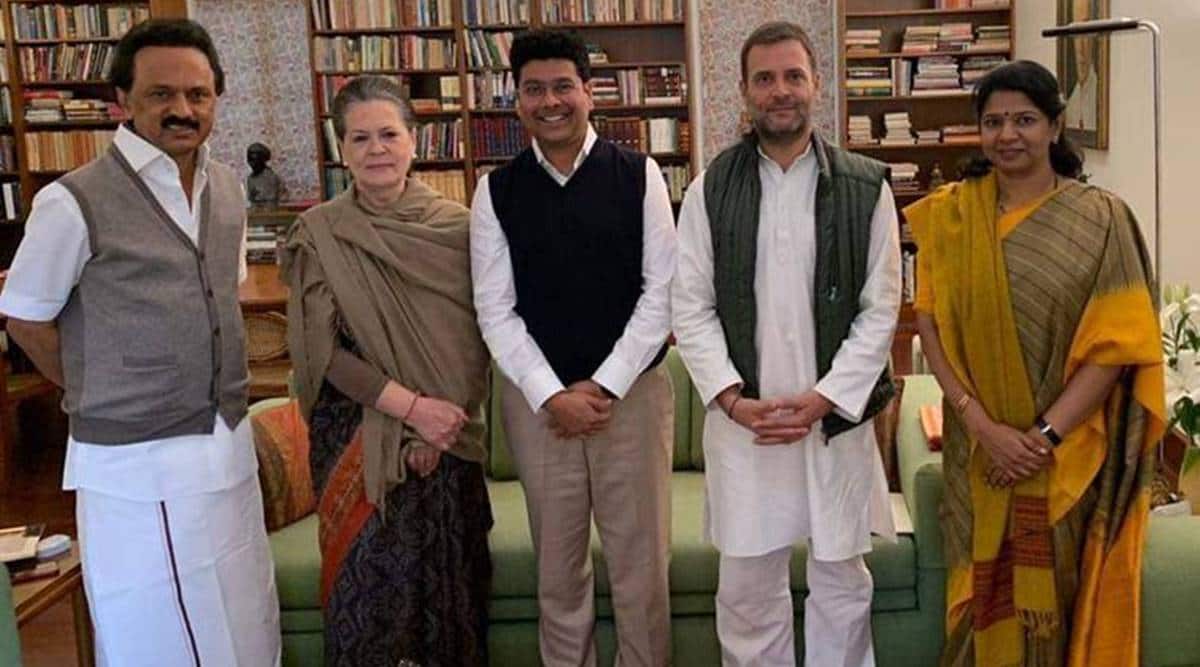 The Income Tax department is conducting searches at at least four premises of Sabareesan, who is the son-in-law of DMK president MK Stalin. Apart from his residence, several other places connected to him are also being searched. Sabareesan is a powerful face in Stalin’s camp, a man known for mobilising resources to holding talks and negotiations with friends as well as foes.

Sources said the residence of Karthik Mohan, son of DMK’s Anna Nagar candidate MK Mohan is also under the scanner.

DMK general secretary Duraimurugan said with just a couple of days left for the assembly polls, the raid at DMK’s daughter’s residence is politically motivated. Addressing the reporters in Vellore, he said “Our party won’t be frightened by these silly acts. This is not democracy, I condemn this act of the central government. These kinds of acts will only strengthen us,” he said

Other allies of DMK also condemned the central government. VCK leader and MP Thol Thirumavalvan said the raids are an act of ‘Revenge’. “DMK leader’s daughter’s residence is suddenly raided by IT officials. This is a result of the fear of failure of the BJP alliance. People are watching these political threats, they will teach a lesson in the upcoming polls,” he wrote on his Twitter page.

A week ago, properties of DMK Tiruvannamalai (south) district secretary and candidate for the Tiruvannamalai assembly seat, EV Velu, were raided by IT sleuths.

The I-T searches comes four days ahead of the assembly elections, scheduled to be held on April 6 in a single phase and a day after Stalin’s son Udhayanidhi blamed Prime Minister Narendra Modi for the death of former ministers Sushma Swaraj and Arun Jaitley.

On Thursday, Udhayanidhi’s poll campaign speech kicked up a controversy. During his road show at Dharapuram on Wednesday, a day after Modi’s campaign there for BJP state president L Murugan, Udhayanidhi said: “Modi had come here yesterday and accused that I had taken a shortcut route… Who is saying that? Being the Chief Minister of Gujarat, we know that how Modi sidelined many… I have the list”.

He then went on to name party veterans L K Advani, Murli Manohar Joshi, Yashwant Sinha (who recently joined Trinamool Congress); Sushma Swaraj and Arun Jaitley. He claimed Swaraj and Jaitley “died of troubles” for which he blamed the Prime Minister.

Udhayanidhi, who is leading roadshows across the state for several weeks, said that he wasn’t “scared” of Modi like E K Palaniswami or O Panneerselvam. “I am Udhayanidhi Stalin, Kalaignar’s grandson…,” he said, referring to the late M Karunanidhi, to cheering crowds.