For a patient, open-minded and active India, there will be no dearth of balancing opportunities in Afghanistan. 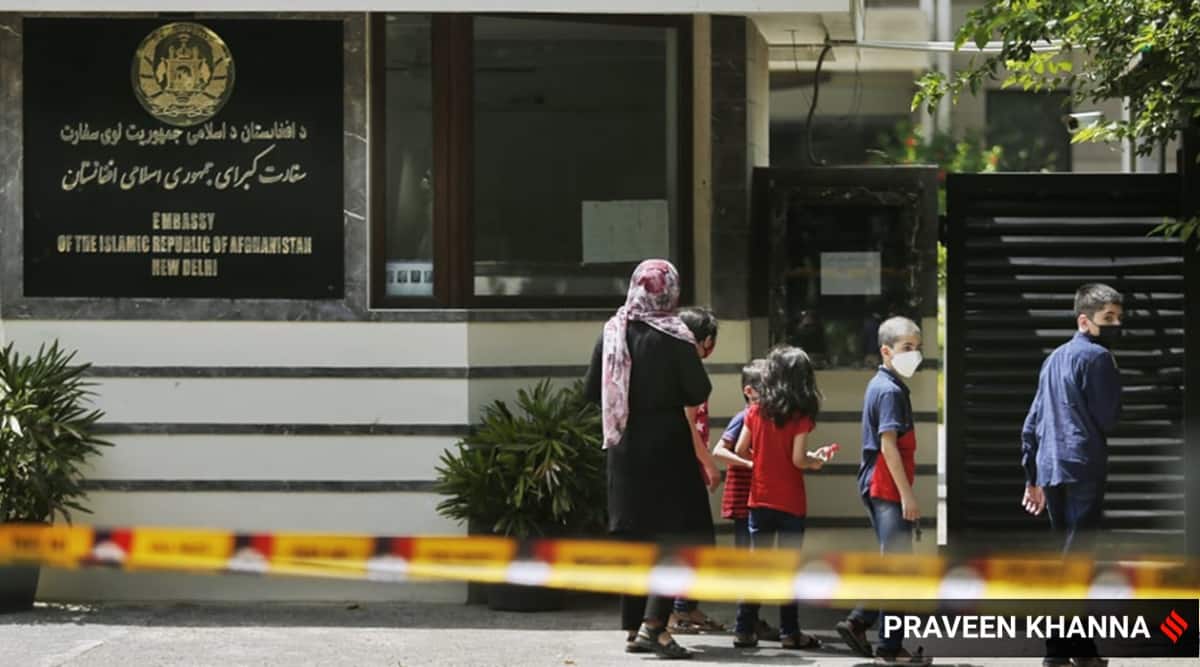 As we reflect on the rapid collapse of the Afghan government and the triumphant return of the Taliban, it is worth recalling the insight of K M Panikkar on the relationship between Kabul and Delhi. Panikkar affirmed that developments in the Kabul Valley inevitably affect the empires of the Gangetic plains. He was referring to the innumerable invaders consolidating in the Herat and Kabul valleys before attacking northern India’s heartland.

Recent developments in South Asia certainly point to a recurring dynamic between Afghanistan and India. The Soviet occupation of Afghanistan in 1979 and the 2001 terror attacks on New York and Washington followed by the US intervention have had profound effects on the domestic, intra-regional and international politics of the subcontinent.

There is no question that the Taliban’s entry into Kabul on Sunday marks the beginning of a new phase in the relationship between Afghanistan and India. The pattern gets more interesting when we consider the “Indus Rider” to the “Panikkar thesis”. Put simply, the kingdoms on the Indus have had a powerful role in shaping the contests between alien forces and the heartland empires. That rings true when you consider Pakistan’s persistent politics of balancing against India, with the help of external powers, in the post-Partition international relations of the subcontinent.

The restoration of Taliban rule in Afghanistan with Pakistan’s support undoubtedly presents some very serious potential challenges for Indian security. But the gloom and doom that descended upon Delhi since the swift meltdown of the post-2001 political order in Kabul is excessive. India has seen much worse before on its northwestern frontiers. A measure of strategic patience could help Delhi cope with the adverse developments in Afghanistan and find ways to secure its interests in the near future. But first to 1979 and 2001 and how they changed the subcontinent.

At the end of 1979, the Soviet Union launched a massive military invasion to protect a communist regime in Kabul. The US and Pakistan responded by unleashing a religious jihad that bled the Russian bear and compelled it to withdraw by 1989. The 1980s would transform the region irrevocably. The jihad against the Soviet Union facilitated General Zia ul Haq’s rapid Islamisation of Pakistan’s polity. It also gave great impetus to violent religious extremism across South Asia. Pakistan’s critical role in the Afghan war against Russia allowed Zia to secure the political cover for the country’s acquisition of nuclear weapons.

The Pakistan army turned the jihadi armies to gain control of Afghanistan and launched a proxy war against India, especially in the Punjab and Kashmir regions. The turbulence of the 1990s saw deepening conflict between India and Pakistan, both countries conducting nuclear weapon tests, and the establishment of Pak-backed Taliban rule in Afghanistan.

Pakistan’s triumph in Kabul, however, turned out to be short-lived. Al Qaeda, hosted by the Taliban, launched terror attacks against the US on September 11, 2001. Swift US retribution brought an end to Taliban rule and compelled Pakistan to reconsider its policies.

America’s ambition to undo the sins of 1979 by “draining the swamps” of international terrorism in the Af-Pak region, and Musharraf’s plans for “enlightened moderation” at home, seemed to open up new pathways for the region. Tensions between India and Pakistan yielded to a productive dialogue that produced tantalising possibilities for normalisation of bilateral relations, including a resolution of the Kashmir dispute. After 2001, there has also been a significant expansion of the India-US strategic partnership.

By the end of the decade, though, Musharraf had been dethroned and the Pakistan Army had swung back to its default positions — renewed support for the Taliban in Afghanistan, expanding attacks on the Kabul government’s positions, and scuttling of civilian leaders’ efforts to expand the engagement with India. Pakistan also teased an increasingly war-weary Washington into a negotiation with the Taliban for a peace settlement.

Last week marks a huge triumph for Pakistan’s Afghan policy. It not only ensured a swift Taliban advance across Afghanistan but also a peaceful surrender of Kabul. The Taliban leaders are also saying all the right things about letting the foreigners leave, protecting lives and properties of Afghan people, and respecting the rights of women. Reports from the provinces, however, point to gross human rights abuses by the Taliban. If the new Taliban dispensation demonstrates a better record in Kabul, it might encourage the world to respond positively. That of course is a big “if”.

For Delhi, a bigger question mark will be about the Taliban’s renewed support for international terrorism and Pakistan’s re-direction of jihadi groups that have allegedly fought with the Taliban towards India. Delhi, however, will go by evidence from the ground rather than verbal promises.

What about the Taliban’s ideology? Like all radical groups, the Taliban will have trouble balancing its religious ideology with the imperatives of state interests. Delhi would want to carefully watch how this tension plays out.

Equally important is the nature of the relationship between the Taliban and Pakistan. Although Pakistan’s leverage over the Taliban is real, it may not be absolute. The Taliban is bound to seek a measure of autonomy from Pakistan. India will have to wait a while, though, before the current chill between Delhi and the Taliban can be overcome.

While Delhi must fully prepare for a renewal of cross-border terror, the international conditions of the 1990s and 2020s are rather different. There is a lot less global acceptance of terrorism today than in the permissive 1990s. No major power would like to see Afghanistan re-emerge as a global sanctuary of terror. The world has also imposed significant new constraints on Pakistan’s support for terror through mechanisms like the Financial Action Task Force. Unlike in the 1990s, when Delhi simply absorbed the terror attacks, it now shows the political will to retaliate forcefully.

What about a regional geopolitical alignment against India after the American scramble out of Afghanistan? While the US retreat has been humiliating, there is no question that the US would have left sooner than later. It is also important to note that the US and the West will continue to have a say in shaping the international attitudes towards the new regime. The Taliban and Pakistan appear to be acutely conscious of this reality. Meanwhile, the US withdrawal compels the creation of a new balance of power system in and around Afghanistan. On both fronts, the contradictions facing the Taliban and Pakistan are real.

Structuring the internal balance of power within Afghanistan has always been hard. It remains to be seen if the Taliban and Pakistan can do any better than the last time when the Taliban ruled. A deeper Sino-Pak partnership in Afghanistan will inevitably produce countervailing trends. For a patient, open-minded and active India, there will be no dearth of balancing opportunities in Afghanistan.

The writer is director, Institute of South Asian Studies, National University of Singapore and contributing editor on international affairs for The Indian Express