This was the first meeting of Adhikari with the top leaders of the BJP after becoming the leader of opposition in the West Bengal Assembly. 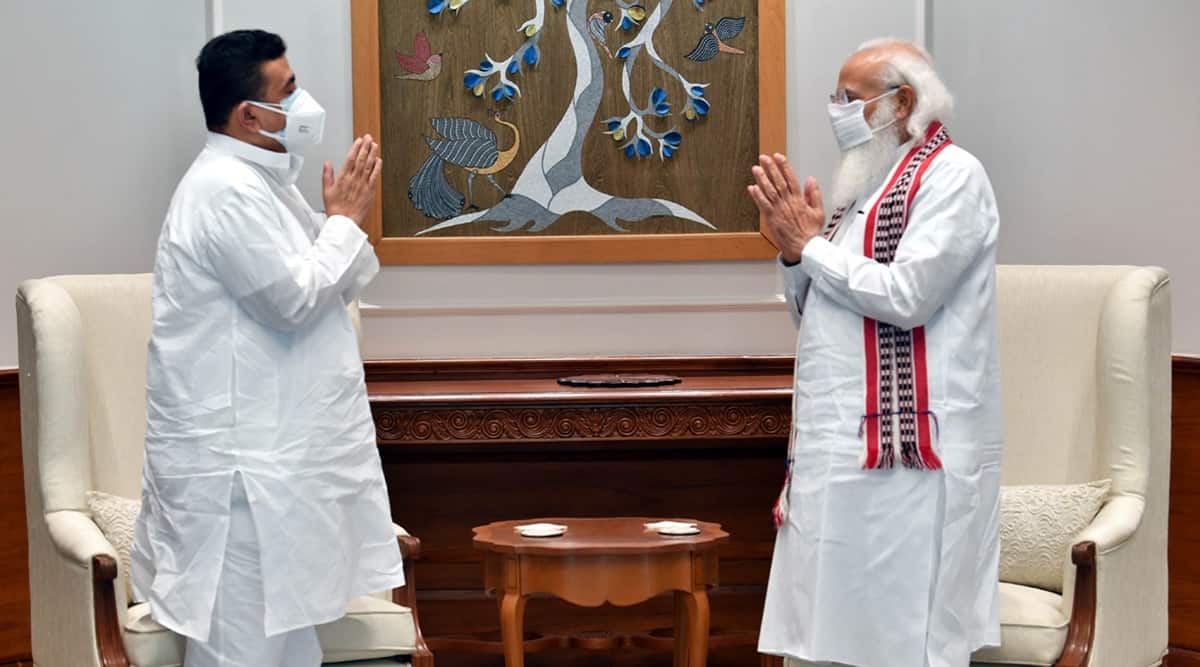 BJP MLA and Leader of Opposition in the West Bengal Assembly Suvendu Adhikari on Wednesday met Prime Minister Narendra Modi here and discussed with him several political issues relating to the state.

Adhikari met Modi at his residence a day after meeting the BJP’s top brass, including its president JP Nadda and Union Home Minister Amit Shah.

This was the first meeting of Adhikari with the top leaders of the BJP after becoming the leader of opposition in the West Bengal Assembly.

The prime minister also tweeted about the meeting, while tagging a picture of the meeting and said, “Met the Leader of the Opposition in the West Bengal Assembly, Shri Suvendu Adhikari.”

After his meeting with the prime minister, Adhikari tweeted, “Blessed to meet the Honourable PM Shri @narendramodiji. I thank him for his precious time spared for me. Detailed discussion took place for almost 45 minutes regarding Bengal and several other political issues. Sought his support and guidance for the development of West Bengal.”

Adhikari also tweeted about his meeting with Union Agriculture Minister Narendra Singh Tomar and said it was a pleasure to meet him and they “discussed the rampant corruption prevalent in the execution of MGNREGA in Bengal.”

“He (Tomar) has assured me that my grievances will be taken care of,” the West Bengal leader said.