Soyabean meal, the protein-rich cake remaining after extraction of oil from the bean, is a key ingredient in animal feed. 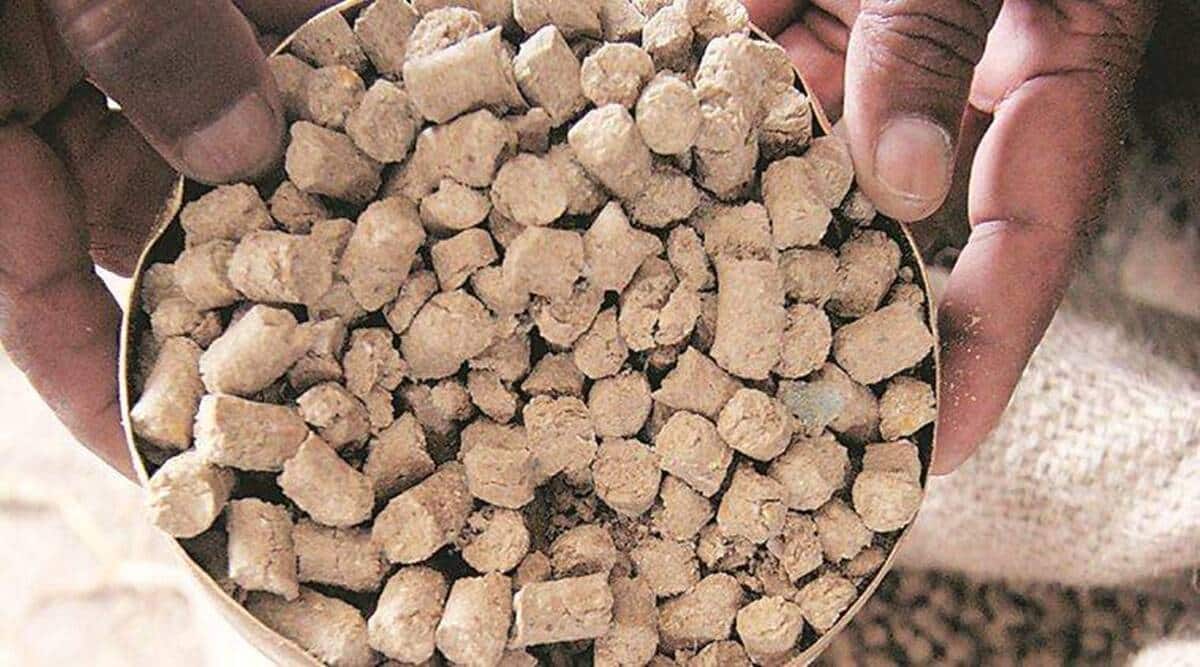 INDIA MAY have to import another one million tonnes (mt) of soyabean meal during March-April 2022, in addition to the 1.5 mt expected to come in the next couple of months, according to Balram Singh Yadav, managing director, Godrej Agrovet Ltd.

“There is no physical stock available in the country. My sense is that our soyabean crop will be bad this year, too, because of Madhya Pradesh [the largest producing state] facing drought in the first half of July and heavy rainfall causing water-logging/floods towards the month-end. The government should watch the situation and allow another one mt imports next March-April,” said Yadav, whose Rs 6,306-crore sales company is India’s largest poultry, cattle and aqua feed manufacturer.

Soyabean meal, the protein-rich cake remaining after extraction of oil from the bean, is a key ingredient in animal feed. In the past one year, prices of feed for meat-yielding broiler birds have risen from Rs 27-28 to Rs 41-42 per kg. The increase has been less, from Rs 22-23 to Rs 27-28/kg, for feed given to egg-laying birds. Broiler feed usually contains around 30 per cent soyabean meal, 65 per cent maize (for carbohydrates) and 5 per cent vitamins, minerals, etc. Layer feed has less meal (15 per cent), 80 per cent maize and 5 per cent vitamins/minerals.

“The cost of feed has gone up mainly because meal prices have soared to Rs 95,000-100,000 per tonne, from Rs 35,000-40,000 a year ago. Moreover, there is very little stock today. We [Godrej Agrovet] require about 500 tonnes of de-oiled cake [soyabean meal] daily for our own feed production, whereas are we barely managing to get 200 tonnes now,” Yadav told The Indian Express.

Imported de-oiled cake/meal is mostly sourced from genetically modified (GM) soyabean. India does not permit import of GM foods. However, the Ministry of Forest, Environment and Climate Change, on August 6, clarified that since the de-oiled cake per se obtained after crushing GM soyabean does not contain any living modified organism, it “has no objection for import of soya cake or meal from environmental angle”.

Yadav was hopeful that that soyabean meal prices should ease somewhat from September with the arrival of imports as well as the domestic crop. “Bangladesh is importing meal at $550 per tonne, while the price of our de-oiled cake is $1,300-1,400. Last year, there were unseasonal rains closer to the time of harvesting and everybody got the size of the crop wrong. Our own field reports suggested that there were pods but no seeds inside. We cannot afford a repeat of last year,” he said.

Yadav said the poultry industry suffered a double whammy, first from a demand collapse following the Covid-induced lockdown and then skyrocketing feed prices. “In January 2020, broiler sales in India were 75-80 million birds (each weighing 2 kg each) per week, with the same at about 40 crore per day for eggs. Post-pandemic, these fell to 60-65 million birds/week and 28-30 crore eggs/day in July-August 2020, before recovering to 70-75 million birds and 35-37 crore eggs by January 2021. With the subsiding of the second wave, eggs sales have held, but broiler sales are down again to 60-62 million per week because of high feed prices,” he said.