Indira Jaising writes: We have lost him at a time when our civil and political rights are endangered. His contribution would have mattered to the country 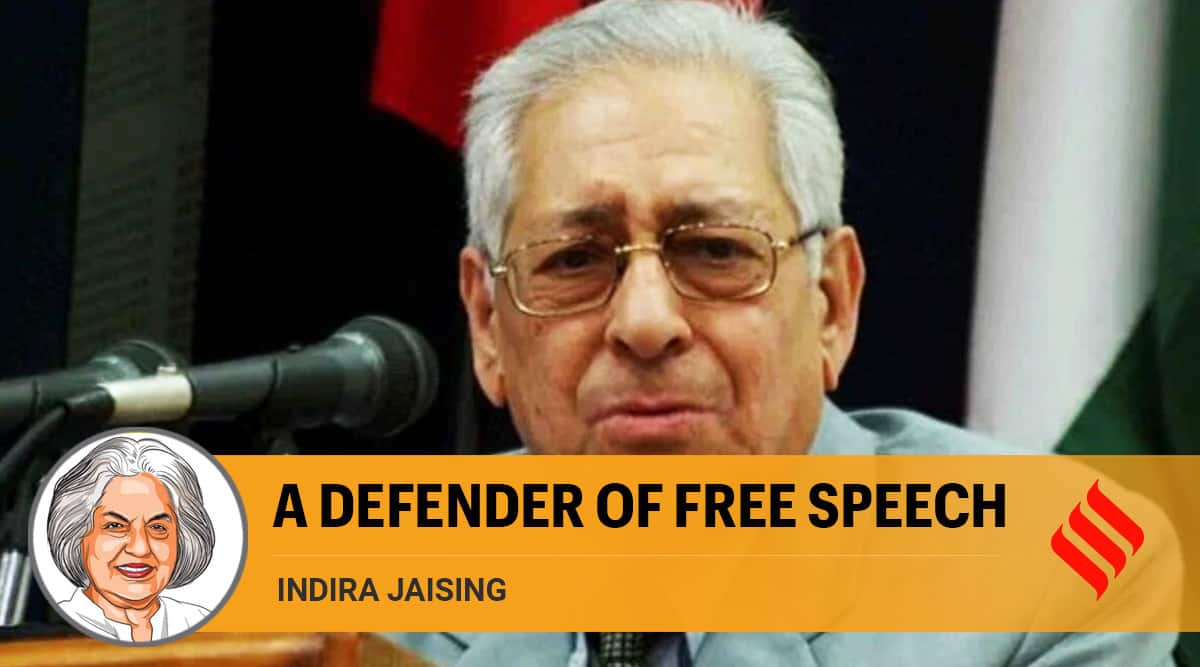 With the passing away of Soli Sorabjee, we have lost one of the few people remaining from the first generation of post-colonial lawyers. He was the unmistakable product of Bombay, now Mumbai, and of the original-side bar, where lawyers were divided between solicitors and advocates. His advocacy was in the British mould in style and substance — he mastered the art of adversarial litigation. Having dominated the bar for over seven decades, he left an impact on a generation of lawyers who came after him, though they were very different from him.

When Sorabjee was a young lawyer, the Bombay bar was dominated by the Parsi and Gujarati communities. He already had a role cut out for him in the legal community in the heart of the commercial capital of India. He carried with him till his last days his Bombay Parsi style of advocacy. It was rumoured in the 1980s that the Bombay bar dominated the Supreme Court until things changed. This impression was in no small measure due to the presence of Sorabjee, who was a solicitor-general and twice attorney-general of India. His juniors included Harish Salve and sitting Supreme Court judge U U Lalit.

Ever since I can remember, Sorabjee focused his attention on civil and political rights and, more particularly, on the right to freedom of speech and expression. His generation of lawyers did not focus their attention on social and economic rights, which was left to the lawyers who came after them. His opposition to the Emergency earned him the position of solicitor-general of India — a well-deserved position. Although he argued many history-making cases, speaking for myself, I found his most memorable contribution in the challenge to the settlement between the Union of India and Union Carbide in the Bhopal gas tragedy case. The settlement was signed when a Congress government was in power and K Parasaran was attorney-general. In return for $450 million, the settlement agreed that all civil and criminal charges would be dropped against Union Carbide. With the change in political power, V P Singh appointed Sorabjee attorney-general, and it fell upon him to argue the review petition filed by the victims to set aside the settlement. To his credit, he stood by the victims not for political reasons but out of his commitment to human rights and persuaded the court to set aside the closure of the criminal cases. It was no accident that Union Carbide was represented by yet another Bombay lawyer, Fali S Nariman, who was equally distinguished.

Of all of Sorabjee’s children, it was his daughter Zia Mody who took to the law. Once again, starting her career in the commercial capital of India, she has carried forward her father’s legacy in the field of commercial law and has gone on to found one of the most successful law firms in India dealing with transactional law. His sons are renowned in their own field of expertise and did him proud. His wife was a founding member of the Bahai faith in India and Sorabjee supported her in every possible way in her religious endeavours.

Soli was a man of multiple talents. He was known not only as a lawyer, but also as a jazz lover, art critic, and his columns in The Indian Express were widely read. Despite his multiple successes, he never lost contact with ordinary members of the bar and was often found in the Supreme Court bar room interacting with all of us. His was a time when the bar was not politicised. He did not participate in party politics nor the politics of the bar. Today, it would be almost impossible to find such a person, for success is almost impossible without political alignments.

We have lost Sorabjee at a time when our civil and political rights are endangered. The Supreme Court went through a phase focussing on civil and political rights in the 1970s, and then on social and economic rights in the 1980-90s. And now the time has once again come for the court to focus on political and civil rights — most importantly the right to free speech and dissent. His contribution would have mattered to the country. The task now falls on younger generations of lawyers.

This article first appeared in the print edition on May 1, 2021 under the title ‘A defender of free speech’. The writer is former additional solicitor general of India and senior advocate, Supreme Court.