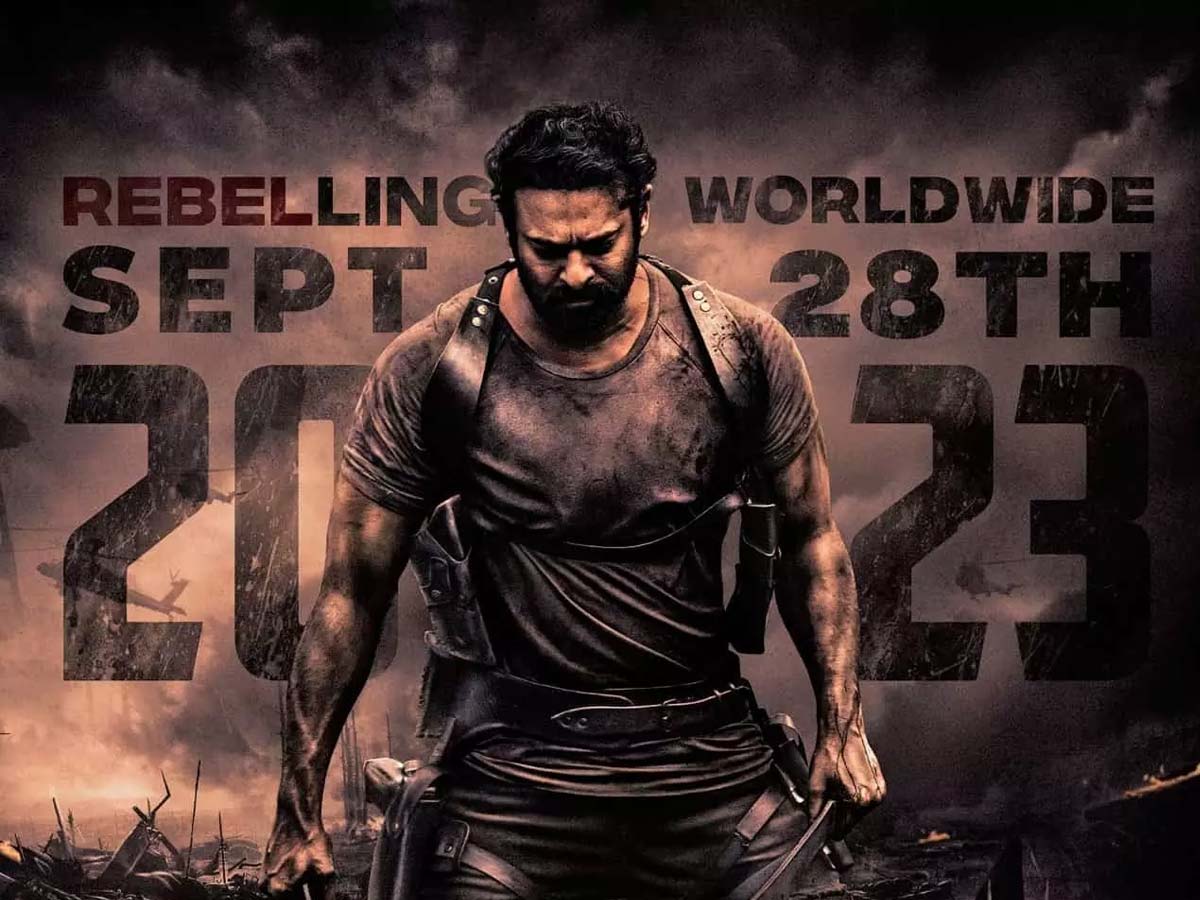 Salaar release date:  Finally the wait is over. As per the latest update, filmmaker Prashanth Neel has locked the release date of  Salaar which has Young Rebel star Prabhas in the lead role.   Today afternoon the production house Hombale films took to Twitter, released a new poster and revealed that Salaar will hit the theaters on 28th September 2023.

Recently, Salaar’s producer Vijay Kiragandur has also stated that the film’s shooting will be completed by this year.

Talking about Salaar, it is the most anticipated project of Baahuabali and Saaho fame  Prabhas. The anticipation around the movie escalated after the release date of its teaser was revealed.

Prashantha Neel’ magnum opus Salaar is an important project for Prabhas since his last two releases, Saaho and Radhe Shyam failed at the box office. Both the movies received poor reviews from audiences and critics. It remains to be seen whether Salaar would break the spree of Prabhas unsuccessful films.

Shruti Haasan is on the board to play the female lead in Salaar which is bankrolled by Hombale Films. It is all about the story of a gang leader who makes a promise to his dying friend. Salaar, the gang leader then starts a fight against other criminal gangs.

The movie will be released in Telugu, Kannada, Hindi, Tamil and Malayalam.