In a daring robbery at an ATM kiosk on Chakan-Alandi Road near Pune in the wee hours of Sunday morning, burglars stole Rs 16 lakh (Rs 1.6 million) by triggering a low intensity blast at the cash dispenser.

According to CCTV footage available with the police, it shows two men arriving on a bike at the Axis Bank ATM. The robbery occurred at around 3.45 am.

In a similar incident months ago, at an ATM kiosk near Chakan in Pune, burglars broke the cash dispenser via a blast using an IED-like contraption and fled with Rs 28 lakh (Rs 2.8 million) cash.

Please click on the images for a better look at what happened. 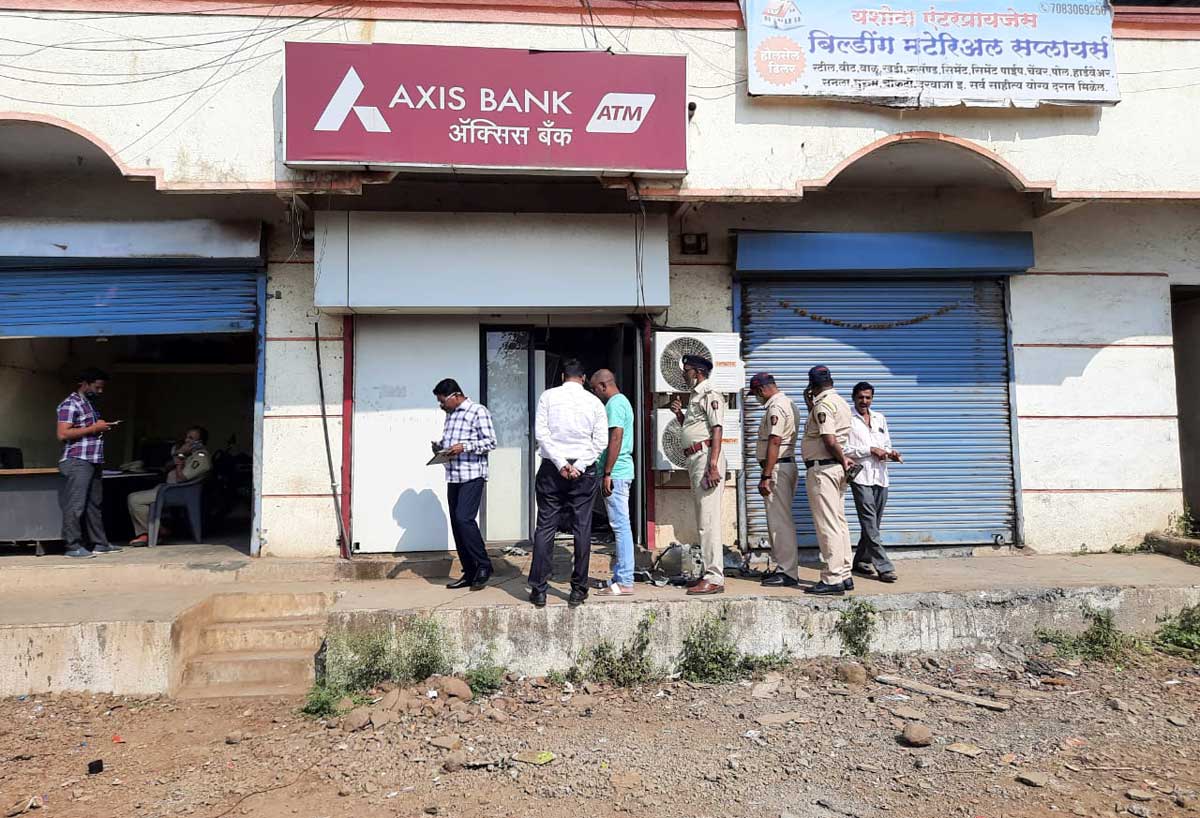 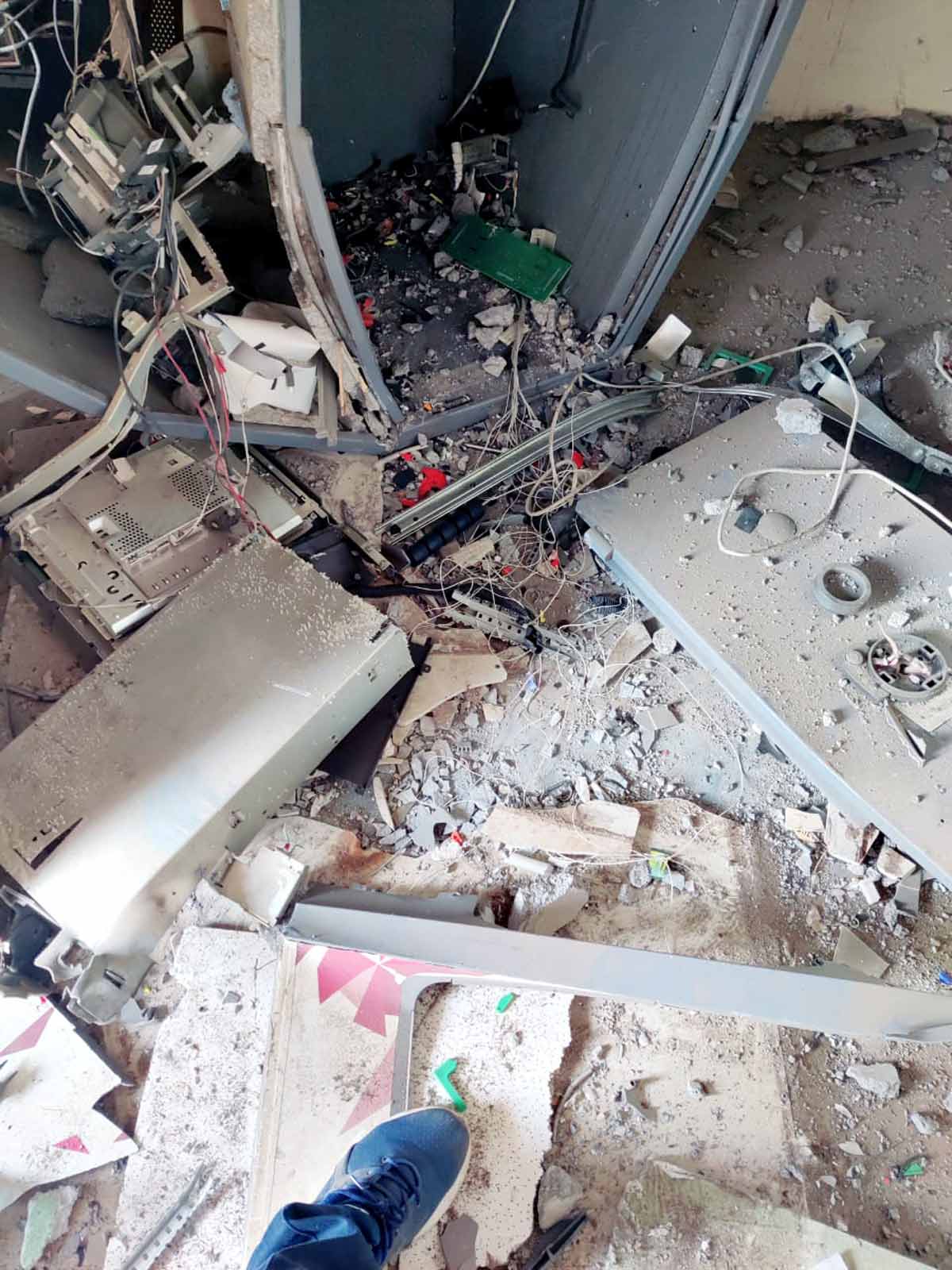 IMAGE: This is what the ATM looked like after the blast.
Photograph: ANI Photo