After witnessing cloudy skies this year, the country’s renewable energy sector is expected to boom with a likely investment of over $15 billion in 2022 as the government focuses on electric vehicles, green hydrogen, manufacturing of solar equipment as well as achieving the ambitious 175 GW renewable capacity target. 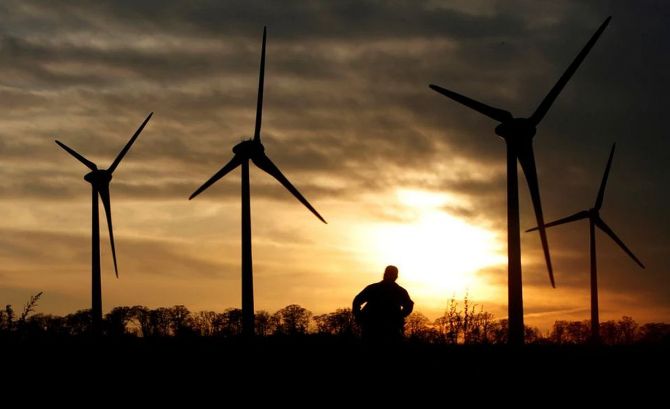 India, which has an installed renewable energy generation capacity of a little over 150 GW, aims to reach 175 GW in 2022.

“In 2022, we expect the investment in renewable energy to cross at least $15 billion,” Union Minister for Power and New and Renewable Energy R K Singh told PTI.

These figures were cited by the minister in a written reply in the Rajya Sabha last month.

The second wave of COVID-19, which started in April, had impacted implementation of various renewable energy projects as states imposed restrictions to curb the spread of infections.

During the 2014-2019 period, renewable energy programmes and projects in India attracted investments of $64.4 billion, as per REN21 Renewables 2020 Global Status Report.

Data from the Department for Promotion of Industry and Industrial Trade (DPIIT) showed that Indian ‘Non-Conventional Energy’ sector received about $7.27 billion as FDI from 2014-15 up to June 2021.

In November, Singh said, the country achieved an installed capacity of 150 GW of renewable energy, including large hydro projects.

There is 63 GW of renewable energy capacity which is under installation, which is expected  to be completed next year, he noted.

At COP 21, as part of its Nationally Determined Contributions (NDCs), India committed to achieving 40 per cent of its installed electricity capacity from non-fossil energy sources by 2030. India has achieved this target in November 2021 itself.

The nuclear energy-based installed electricity capacity is at 6.78 GW.

Together, the non-fossil-based installed energy capacity is 157.32 GW, which is 40.1 per cent of the total installed electricity capacity of 392.01 GW.

India aims to have 500 GW of installed renewable energy (RE) capacity by 2030.

Talking about boosting investments in the RE space, Singh said, “We have also opened the gates for installation of RE and selling it through open access.

“Now, anybody can set up RE capacity and sell it wherever it wants.”

These include the upstage vertical components like cells, wafers, ingots and polysilicon.

The initiative is expected to reduce import dependence in the solar PV sector.

Pursuant to the decision, a tender inviting bids for manufacturing of high efficiency solar PV modules was issued.

As many as 18 bids were received and that could help add another around 55 GW of solar PV module manufacturing capacity to the present capacity of around 11 GW.

Letter of Awards have been issued by IREDA to three successful bidders for setting up 8,737 MW capacity of fully-integrated solar PV manufacturing units.

The government has plans to increase the allocation of the PLI scheme to Rs 24,000 crore.

As on November 30, 52 solar parks have been sanctioned with a cumulative capacity of 37.92 GW in 14 states.

Solar power projects of an aggregate capacity of around 9.2 GW have already been commissioned in these parks.

Under the rooftop solar programme Phase-II, a total of 5.7 GW solar capacity has been set up as on November 30.

Against the target of 4 GW for residential sector under Phase-II, allocation of 3.4 GW has already been made to various states/ UTs and 1.07 GW has been installed.

About 8,434 ckm (circuit kilometres) of intra-state transmission lines have been constructed and 15,268 MVA intra-state substations have been charged under the green energy corridor for evacuation of RE.

In his Independence Day speech this year, Prime Minister Narendra Modi announced the launch of the National Hydrogen Mission.

The goal is to make India a global hub for green hydrogen production and exports.

Under the 12 GW grid-connected solar PV power projects by Central Public Sector Undertakings (CPSUs) with domestic cells and modules, the government has sanctioned around 8.2 GW projects as of November 30.