The top-most bureaucrat in the ministry, Defence Secretary Sanjay Mitra, is on an extension of three months till August. Whoever Rajnath chooses next would have a fixed tenure of two years. 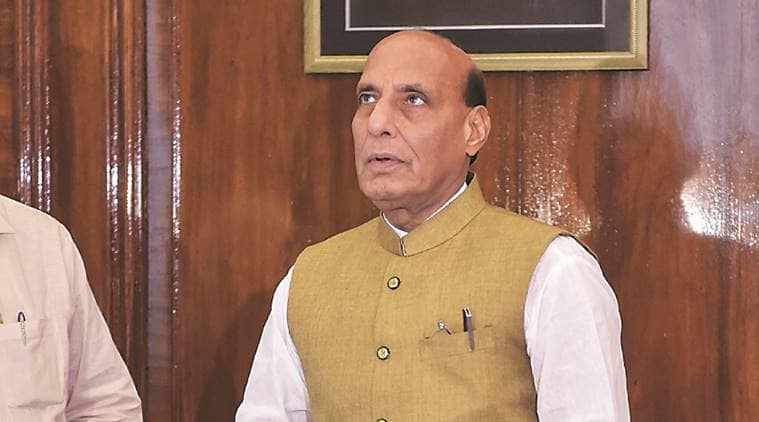 One of the first tasks before Rajnath Singh, who took over as Defence Minister on Saturday noon, is setting in place a new team, both civilian and military, under him. This will be critical for him as he is seen as someone who will bring political stability to a post which saw four ministers in the past five years, and which has often been caught in tension between bureaucrats and military officers.

The top-most bureaucrat in the ministry, Defence Secretary Sanjay Mitra, is on an extension of three months till August. Whoever Rajnath chooses next would have a fixed tenure of two years.

Besides, the chiefs of the Indian Air Force and Army are up for retirement. Air Chief Marshal B S Dhanoa will retire in September and General Bipin Rawat at the end of the year. The selection of their replacements assumes importance as the previous BJP government had dispensed with the principle of seniority in selecting the service chiefs, the latest being Admiral Karambir Singh, who took over as the new Navy Chief a few hours before the minister took over.

Defence is a new domain for Rajnath, and his political heft will be required to guide his ministry, which requires close coordination with Home, Finance and Foreign ministries as well as the office of the National Security Advisor. With political heavyweight Amit Shah as Home Minister and the well-respected S Jaishankar as External Affairs Minister, Rajnath would have to establish working equations with them.

As the Defence Ministry has struggled for a greater share of funds during the past five years, his next challenge will be convincing Nirmala Sitharaman to increase the defence budget when she presents her Union Budget in July. As a former defence minister, Sitharaman may not need convincing but the declining GDP growth rate may tie her hands. Additional allocation for the Defence Ministry, for the services to pick up their pace of modernisation, may eventually need the intervention of Prime Minister Narendra Modi.