Gandhi in his letter said that it was important to consider 'long-term measure' in order free farmers from the 'vicious debt trap' given the devastating impact of floods that occurred in Kerala in 2018. 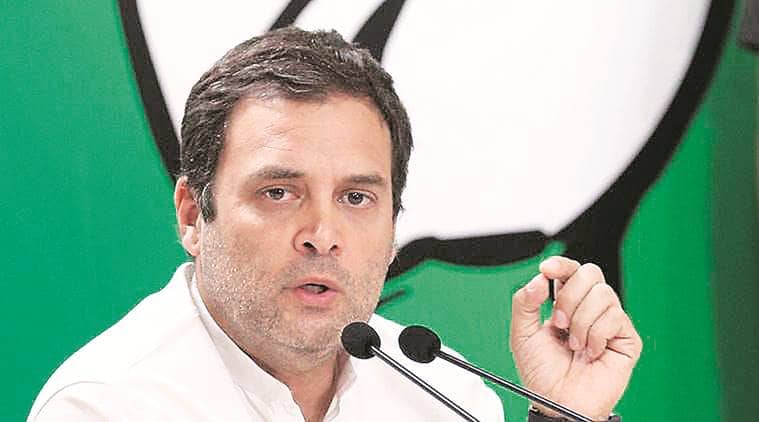 Newly elected Wayanad MP and Congress president Rahul Gandhi urged Kerala Chief Minister Pinarayi Vijayan to provide assistance to the family of a farmer, who allegedly committed suicide due to non-repayment of loans.

“I am deeply saddened by the suicide of Shri V D Dinesh Kumar, a farmer, in Neervaram, Panamaram Panchayat, Waynad. On speaking with his wife, Smt. Sujitha, I learnt that her husband had been under severe stress due to his inability to repay the loans he had taken and this pushed him to commit suicide,” Gandhi, in his letter to Pinarayi dated May 28, said.

The Congress chief also requested Vijayan to conduct an inquiry in the matter.

“Kumar’s case isn’t an isolated one. There have been a spate of farmer suicides in Wayanad, due to an inability to repay loans,” Gandhi had said in his letter.

“What is disturbing is that while the government of Kerala has announced a moratorium on repayment of farm loans till December 31, 2019, yet farmers are still being pressured and hounded by loan collection agents,” Gandhi added.

Further, Gandhi in his letter said that it was important to consider ‘long-term measure’ in order free farmers from the ‘vicious debt trap’ given the devastating impact of floods that occurred in Kerala in 2018.

Offering full support and cooperation in discovering long term solution to the problems of Kerala’s farmers, Gandhi said that he wishes to ensure that every farmer in Kerala lives a life of dignity.

Gandhi will be on a two-day visit to Wayanad, his new Lok Sabha constituency in Kerala, from June 7 to 8.

His Twitter account for Wayanad announced on Friday, “Congress President and newly elected Member of Parliament from Wayanad, Shri Rahul Gandhi will be in the constituency on 7th and 8th of June to thank the people for their love and support.”