The Congress has no time to sit and lick its wounds as it must immediately pick itself up for the upcoming state elections, Shashi Tharoor said. 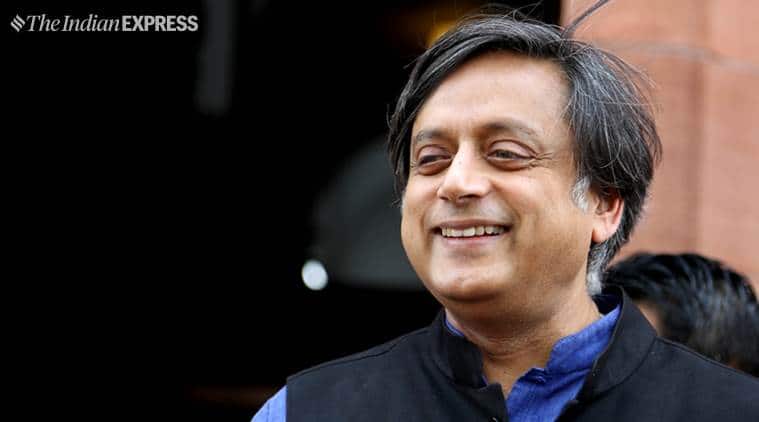 Rahul Gandhi is the best person to pull the Congress out of its predicament following the setback in the Lok Sabha polls, says party leader Shashi Tharoor while declaring that his party is “alive and kicking” and it is too premature to write its obituary.

The Congress has no time to sit and lick its wounds as it must immediately pick itself up for the upcoming state elections, Tharoor told PTI.

The party faces an existential crisis with the party president adamant on his decision to quit after the poll debacle — winning just 52 Lok Sabha seats — and its state governments facing an uncertain future.

Tharoor, who scored an electoral hat-trick by winning from the Thiruvanathapuram seat in the Lok Sabha polls, also said he is ready to take on the job of the Congress’ leader in the Lok Sabha if offered the post.

The Congress still represents the only credible national alternative to the BJP and it will take its message to the country, hopefully under Gandhi’s leadership, he said.

In his view, the Gandhi-Nehru family will continue to command “great clout and respect” within the party, on the basis of the tremendous contributions it has made in shaping and guiding the party since Independence.

The former Union minister said Gandhi has led the party from the front and still has far more to offer to the party.
Asked about Gandhi’s offer to resign and if he was still Congress’ best bet in terms of leadership, Tharoor said attempts in the media to pin all the blame for the party’s electoral setback on his shoulders are simplistic and unfair.

“I think it does a disservice to the very complex challenges facing the Congress party to reduce it to a question of one person. “While Rahulji has bravely taken full responsibility for the defeat, we all are responsible for what went wrong and we all have a responsibility to ensure the party’s revival,” the 63-year-old leader said.

Gandhi will easily beat any other interested candidate by a landslide if the party decides to hold a free and fair election tomorrow for the position of party president, he claimed. “That is the kind of place he has built in the hearts of the rank and file of the Congress party and therefore, to my mind, he still undoubtedly remains the best person to help rally the party out of the predicament it finds itself in and help us collectively move forward,” Tharoor said.

Asked whether a non-Gandhi could lead the party, Tharoor said others can rise to prominent positions in the Congress and a case in point is that the last two Congress prime ministers were not Gandhis. “Still, I have no doubt the Gandhi-Nehru family will continue to command great clout and respect within the party, just on the basis of the tremendous contributions they have made in shaping and guiding the party since Independence,” the former diplomat said.

Two former prime ministers from the Gandhi family — Indira Gandhi and Rajiv Gandhi — even sacrificed their lives for the nation and this is the proud legacy to which Rahul Gandhi is heir, he said. 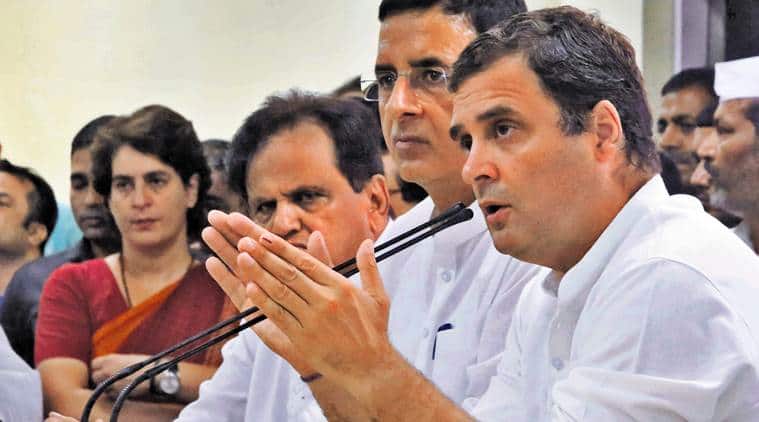 Asked if the Congress still remains a credible alternative to the BJP, he said, “It’s far too premature to write any obituary for the party – as Kerala and Punjab have shown, we are very much alive and kicking.”

Despite Congress’ poor showing across the country, the party performed well in Kerala and Punjab, winning 15 and eight seats respectively.

“I strongly believe that we have no time to sit and lick our wounds and must instead pick up again immediately and effectively — not least because we have several state elections coming up, some of which are four or five months away,” he said.

Elections are due in the states of Jharkhand, Haryana and Maharashtra later this year. Tharoor said he strongly disagreed with Swaraj India leader Yogendra Yadav’s recent “ill-considered” statement that the “Congress must die”. “I genuinely and passionately believe that what the Congress stands for and offers the nation is fundamentally indispensable to the future of the country,” he said.

The Congress represents an alternate vision of the idea of India, an inclusive and pluralist vision, that reflects truly the heart and soul of the country, Tharoor said.

Asked if he would take up the role of Congress leader in the Lok Sabha, he said, “If offered, certainly I would, but that is not for me to determine. It is clear, though, that since so many of our stalwarts have lost these elections, those of us who remain will have to pull our weight and take on extra responsibility. I am ready for that.”

Talking about polarisation playing a role in elections, Tharoor said certainly the party has to understand why voters chose not to vote in their economic self-interest.

With unemployment at a 45-year high, farmers in such distress that record numbers are committing suicide, and small and micro enterprises are shutting down all over the country, one would think that economics would decide the election, he said.

“…Why should a young man who voted for Mr Modi in 2014 in the hope of getting a job vote for him again in 2019 when he still doesn’t have a job? And yet he did,” Tharoor said.

“Undoubtedly, the increasing religious polarisation was a factor. But it is not the whole story, I think. The larger-than-life personality cult around the PM seems to have convinced some voters that he is the only one to lead the country and keep it safe from real and imagined enemies, within and without,” he said.