Apart from attempting to retain the seats already held by them, all four are also trying to snatch seats from their rivals. 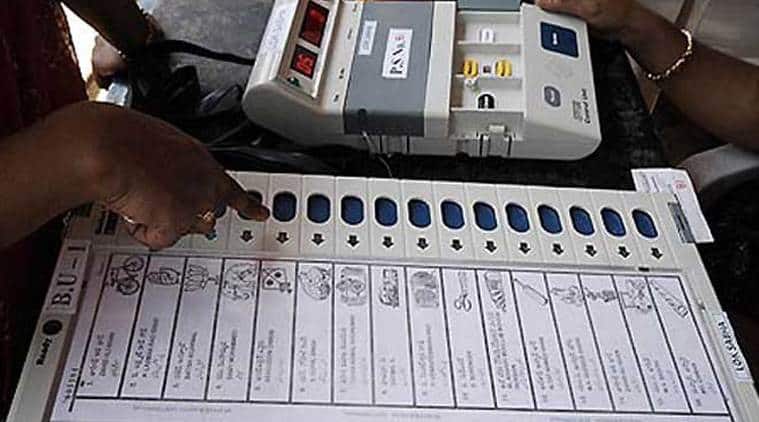 With SAD, BJP, AAP and the Congress holding one seat each out of the four Assembly segments going to bypolls on Monday, all four major political parties in Punjab are in a scramble to record victories in the electoral contest.

Apart from attempting to retain the seats already held by them, all four are also trying to snatch seats from their rivals.

While Mukerian was represented by ruling Congress MLA Rajnish Babbi, who passed away, Jalalabad was represented by SAD and was vacated after former Deputy CM Sukhbir Badal got elected to Lok Sabha, Phagwara was represented by BJP’s Som Parkash who was elected as MP, and Dakha was AAP’s segment vacated by H S Phoolka who resigned from Assembly to protest against government’s inaction in Bargari sacrilege.

While Congress, being the ruling party eyes all four seats, AAP too wants to make its mark in the state. AAP’s state convener Bhagwant Mann has been campaigning actively especially in Dakha and Jalalabad segments. Since Dakha was already an AAP seat, losing it would mean its number going down in the Assembly also. Mann had contested from Jalalabad during Assembly election, but had lost to Sukhbir Badal. He is trying to woo voters there yet again.

AAP has backed its four volunteers, Gurdhian Singh Multani from Mukerian, Santosh Kumar from Phagwara, Amandeep Singh Mohi from Dakha and Mahinder Singh from Jalalabad in the bypoll.

Congress, on the other hand, eyes all four seats as usually local sentiment in bypoll is with the ruling party. But in this scenario losing any bypoll would not look good on the ruling party although CM Amarinder Singh has already stated that these bypolls would not be a referendum on the government in any way. It has bet on four first-timers, Raminder Awla from Jalalabad, Capt Sandeep Sandhu from Dakha, Indu Bala from Mukerian and Balwinder Singh Dhaliwal from Phagwara (reserve). Amarinder himself campaigned for his party’s candidates spending maximum time in Dakha where his political secretary is contesting.

SAD, contesting on two seats, seeks to retain at least Jalalabad, the pocket borough of junior Badal. It is also trying its best to win Dakha, a rural panthic seat. Winning at least one of the two is important for Akalis, who are looking at a come-back strongly ahead of the 2022 Assembly election.

SAD has fielded Manpreet Ayali from Dakha and Raj Singh Dibbipura from Jalalabad.

Similarly, the BJP, the ruling party in Centre is eyeing Punjab, a state that bucked national trend of electing BJP in Lok Sabha elections. Securing both the seats, it is contesting on, is being seen as vital for the saffron party. The party has fielded Rajesh Bahga from Phagwara and Jangi Lal Mahajan from Mukerian.

Dakha is also seeing another party, Lok Insaf Party (LIP) of Simarjeet Singh Bains, contesting from the seat. It has fielded Sukhdev Singh Chakk. Bains, who has contested Lok Sabha election, led from the segment.

He is trying to send another member in Assembly. LIP has two MLAs in Punjab Vidhan Sabha.

For latest coverage on Haryana and Maharashtra Elections, log on to IndianExpress.com. We bring you the fastest assembly election 2019 updates from each constituency in both the states.