Some of the farmers allegedly tried to block Khattar's vehicle but police managed to provide a safe passage to the chief minister, sources said. 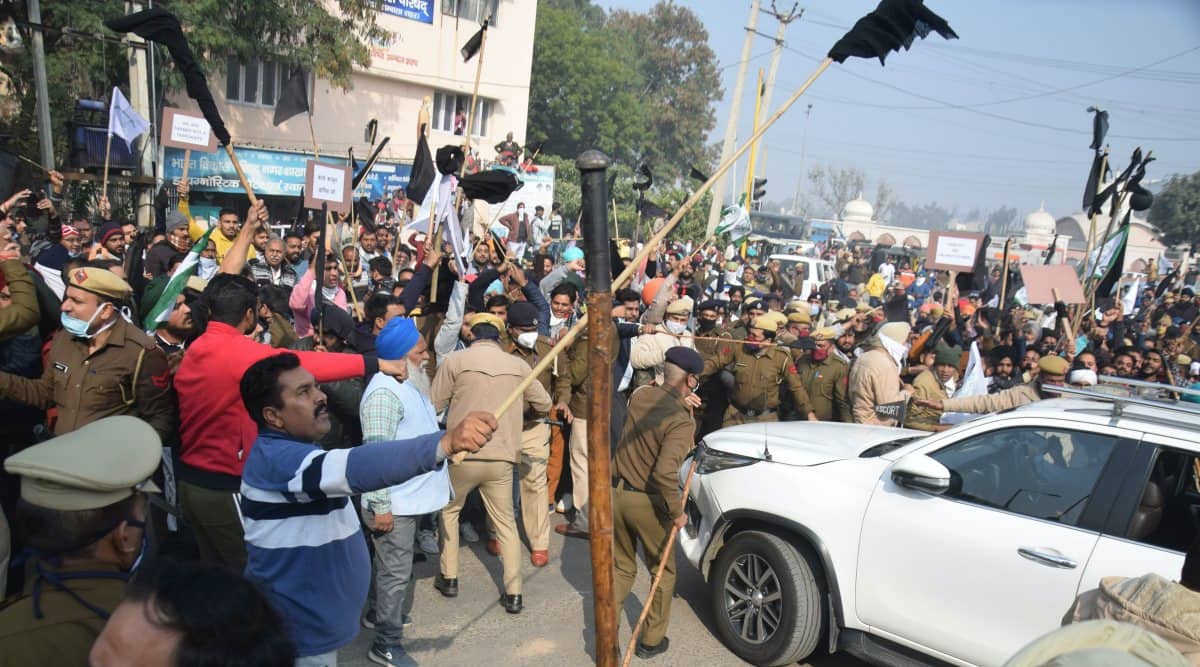 Some of the farmers allegedly tried to block Khattar’s vehicle but police managed to provide a safe passage to the chief minister, sources said.

Khattar had come to Ambala to address public meetings in support of BJP’s mayoral candidate Vandna Sharma and other ward candidates for the upcoming civic bodies polls. As soon as Khattar reached Agrasen Chowk in Manmohan Nagar to address a public meeting, the farmers gheraoed his motorcade, waived black flags and raised slogans against the government and said that they would continue to protest till the three farm laws are not repealed.

A large number of police personnel were deployed near the Chowk. The police, however, provided an altaernative passage to to the CM’s convoy through old Hissar road.

The farmers later started gathering at the Anaj Mandi and also tried to block the Ambala-Hisar highway.

Almost two weeks later, BJP MP Nayab Singh Saini faced the ire of farmers in Yamunanagar as they raised slogans against the Centre for not repealing the three agri laws. Saini, an MP from Kurukshetra, was visiting Khurdi village to lay the foundation stones of some projects and inaugurate a community centre. The protesters had thrown black paint on the foundation stones.