Investigators’ records show that former Madhya Pradesh Chief Minister and 2019 candidate from Bhopal Digvijaya Singh tops the list of candidates who received election funds from persons covered in the searches. 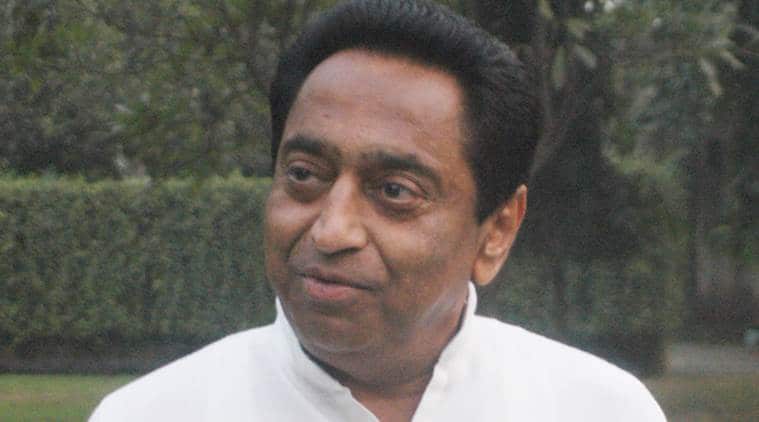 INVESTIGATION reports and testimonies submitted by the Income Tax Department to the Election Commission, and now forwarded to the CBI, allege money transfers to 11 Congress candidates of the just-concluded Lok Sabha elections in Madhya Pradesh as well as payments to the tune of Rs 20 crore made to the All India Congress Committee (AICC), records accessed by The Indian Express show.

In all, five key persons connected to Chief Minister Kamal Nath were covered in search operations conducted on April 7, 2019. IT investigators are said to have matched accounting records with testimonies and tracked money transfers through WhatsApp chats and intercepted phone conversations. Transcripts of these calls have not been submitted to the EC yet but it alleged that money was “diverted for use of various candidates” while recommending, in writing on May 4, a CBI inquiry.

Investigators’ records show that former Madhya Pradesh Chief Minister and 2019 candidate from Bhopal Digvijaya Singh tops the list of candidates who received election funds from persons covered in the searches and that these details were gleaned from the computer of one Lalit Kumar Challani, described by IT in its report, as an accountant who worked with R K Miglani and Praveen Kakkar, former aides of the Madhya Pradesh Chief Minister.

Records show that Lok Sabha candidates allegedly received between Rs 25-Rs 50 lakh through Challani and Digvijaya Singh received Rs 90 lakh. IT has noted that signed receipts for these payments have been traced only in the case of two candidates Rajaram Tripathi (Satna) and Madhu Bhagat (Balaghat).

The EC has taken the view that since statements for election expenses for the Lok Sabha candidates will come in only by end June, its action can wait.

In the case of funding for Assembly elections, the IT Department’s conclusion is that, in all, Rs 17.9 crore was given by the group to 87 candidates and, of them, 40 have been elected to the Legislative Assembly.

The EC has said that none of the receipts has been reflected in expense statements submitted by them and that amounts provided to candidates for the Assembly polls, in many cases, was above the prescribed ceiling of Rs 28 lakh.

Questioned on these findings, Chief Minister Kamal Nath told The Indian Express that he had “nothing to do with it.” He added: “Let them send the case to the CBI, it does not matter. It will have no effect. They can keep saying what they want. One of the persons raided, Himanshu Sharma, has already appeared on TV saying he works for the BJP.”

Records passed via the Department of Personnel and Training (DoPT) to the CBI on May 17, however, has several sections which link the recovered evidence and testimonies recorded by the IT to the Chief Minister.

Other evidence recovered from phones of Lalit Kumar Challani shows that Rs 17 crore was allegedly transferred by him to the AICC to be used for the Lok Sabha elections. The IT report notes that this Rs 17 crore payment was corroborated in messages found in Himanshu Sharma’s phone and testimony of Vijayan Damodaran, a member of Chief Minister Kamal Nath’s staff at his New Delhi residence.

According to the IT report sent to the EC, the testimony of Vijayan Damodaran also turned out to be crucial for a controversial transfer of Rs 20 crore from the New Delhi residence of the Chief Minister to the AICC on April 6, 2019. Vijayan was searched and he later admitted to dropping off the cash to the AICC. The Indian Express contacted many of the candidates named. Most of them either denied the allegations or declined to comment, many said that all transfers were legal into their bank accounts. Despite repeated attempts, Digvijaya Singh was unavailable for comment.

Congress candidate from Bhind Devashish Jarariya said: “I was not even Congress candidate when the raids took place. I don’t know why I am being dragged into this. My ticket was finalised on April 13. I am not financially capable so the party transferred money to my election account. I have regularly accounted for the party money by submitting details to the EC.’’

Said Khajuraho candidate Kavita Singh Natiraja: “I have not done anything wrong. I have no idea what documents have been seized and what they say. Money I have received is legal (in bank account) and I am submitting regular details. People can say anything they want, I am not afraid because I have not committed any crime.”

Congress candidate from Hoshangabad Shailendra Singh Diwan said, “I have not received anything else apart from the money transferred to bank. Maybe they wanted to give but nothing has reached me. I know how I have fought the election by selling things. It’s confirmed that I did not receive anything (in cash).’’ Former OSD Kakkar said no cash and no documents were found from his home.