The United States House of Representatives made history by impeaching a president for a second time, indicting President Donald Trump a week before he leaves office for inciting last week’s deadly Capitol Hill riot.

Ten Republican Congressmen also joined the Democrats to vote in favour of an article of impeachment on Wednesday that charged Trump with a count of “incitement of insurrection” for his actions on January 6, when he delivered a speech inciting his supporters to storm the US Capitol.

With the Capitol secured by armed National Guard troops inside and out, the House voted 232-197 to impeach Trump.

The violence temporarily halted the counting of Electoral College votes and resulted in the deaths of five individuals, including a police officer.

The 25th Amendment, adopted more than 50 years ago in the wake of President John F Kennedy’s assassination, provides a mechanism for the succession of the president for his or her replacement in the event he or she proves unfit to serve. Under the amendment, the vice president and a majority of either the Cabinet or some other body designated by Congress may remove the president from office.

Here are some photographs from the impeachment process. 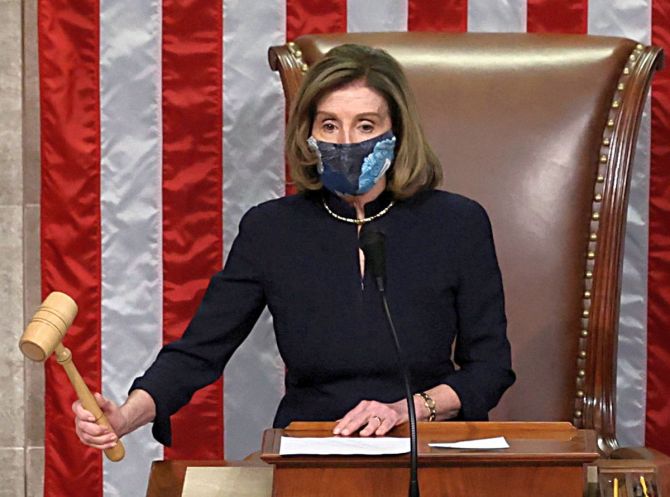 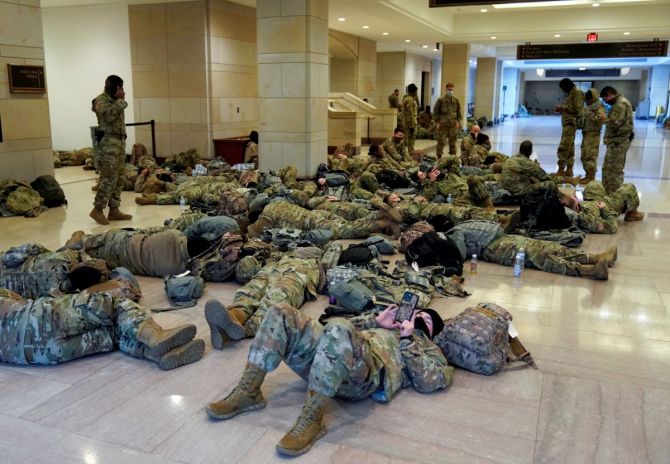 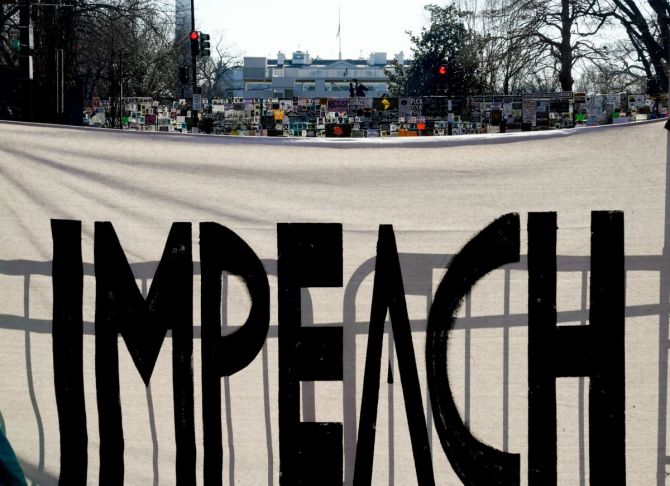