Petrol and diesel prices: Petrol price in Delhi stands at Rs 101.84 per litre while diesel is available for Rs 89.87. In Mumbai, petrol is retailing at Rs 107.83, while diesel costs Rs 97.45. Read below to find out fuel prices in your city. 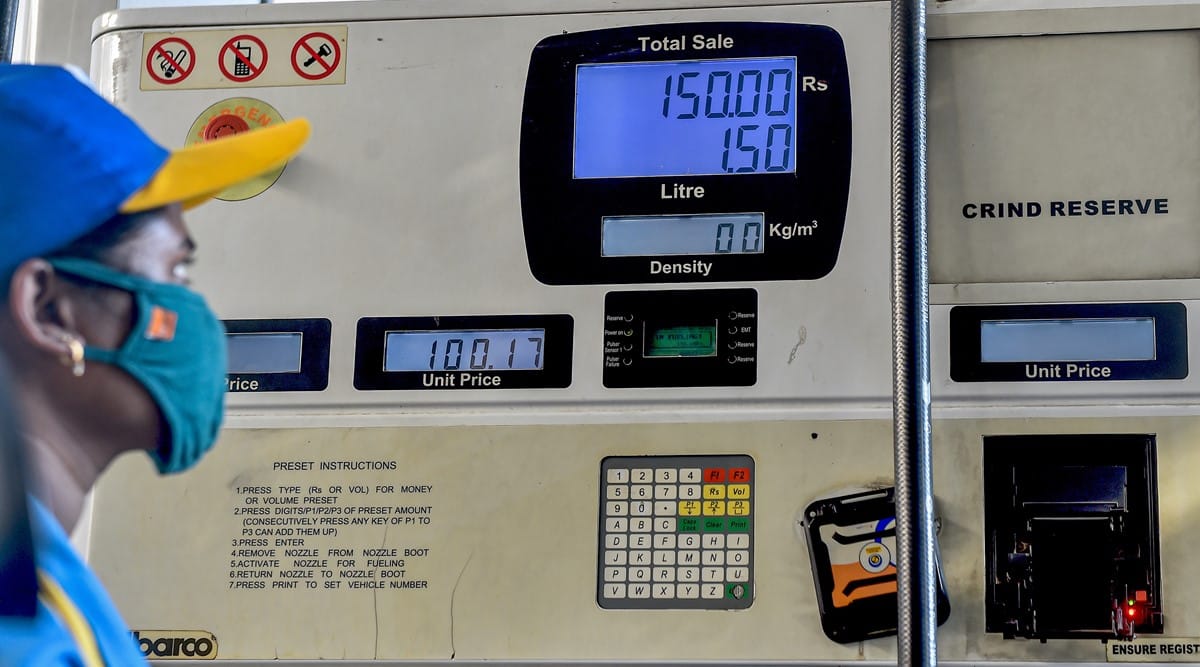 Petrol and diesel price today: Prices of petrol and diesel remained unchanged across the country for the second consecutive day on Monday, July 19, 2021. Petrol had touched fresh record highs on July 17, when it rose by 30 paise per litre in the national capital, while diesel prices were kept unchanged.

The price of petrol in Delhi stands at Rs 101.84 per litre while that of diesel is at Rs 89.87. In Mumbai, petrol currently costs Rs 107.83, while diesel is retailing at Rs 97.45, data available on Indian Oil Corporation’s website showed.

So far in July, petrol prices have been hiked nine times while diesel rates have witnessed a rise on five occasions and a cut on one occasion. During the month of June, both the auto fuel prices were hiked on 16 occasions, which followed the 16 hikes in the month of May after the oil marketing companies (OMCs) resumed their price revisions ending an 18-day hiatus that coincided with the assembly elections in key states. During this period, petrol price has increased by Rs 11.44 per litre and diesel has climbed by Rs 9.14 in New Delhi.

Auto fuel prices in the country differ from state to state depending on the local taxation (VAT) and freight charges. Apart from this, the central government charges an excise duty on auto fuels.

OMCs revise rates of petrol and diesel daily based on the average price of benchmark fuel in the international market in the preceding 15-days and foreign exchange rates.

Internationally, crude oil prices recouped some losses on Monday, but were still down after OPEC+ overcame internal divisions and agreed to boost output, which sparked concerns about a crude surplus as COVID-19 infections continue to rise in many countries, news agency Reuters reported earlier in the day.