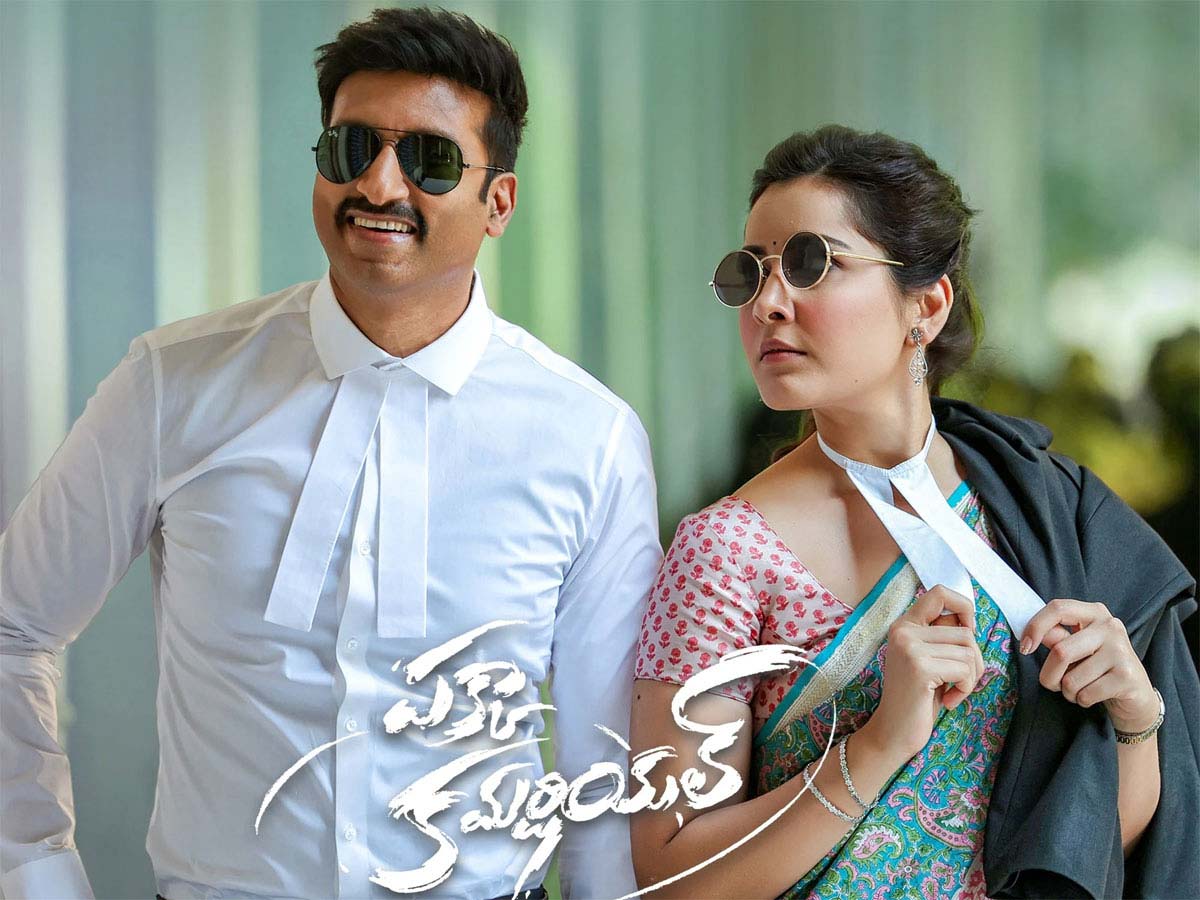 Directed by Maruthi, Pakka Commercial is a courtroom drama that has Gopichand and Raashi Khanna as the leads. The film was released in the theatres on July 1st. It couldn’t impress the audience during its theatrical run and remains a box office dud.

Now, the film is arriving on OTT, after the four weeks of its theatrical release. Popular platforms Netflix and Aha have grabbed the streaming rights of the movie and it has announced that the film will be available on these platforms from August 5th.

Those who missed the movie in theatres can watch it online from the coming Friday. It is produced by GA2 Pictures and UV Creations. Jakes Bejoy composed the music tracks. Rao Ramesh, Satyaraj and others are seen in supporting roles.