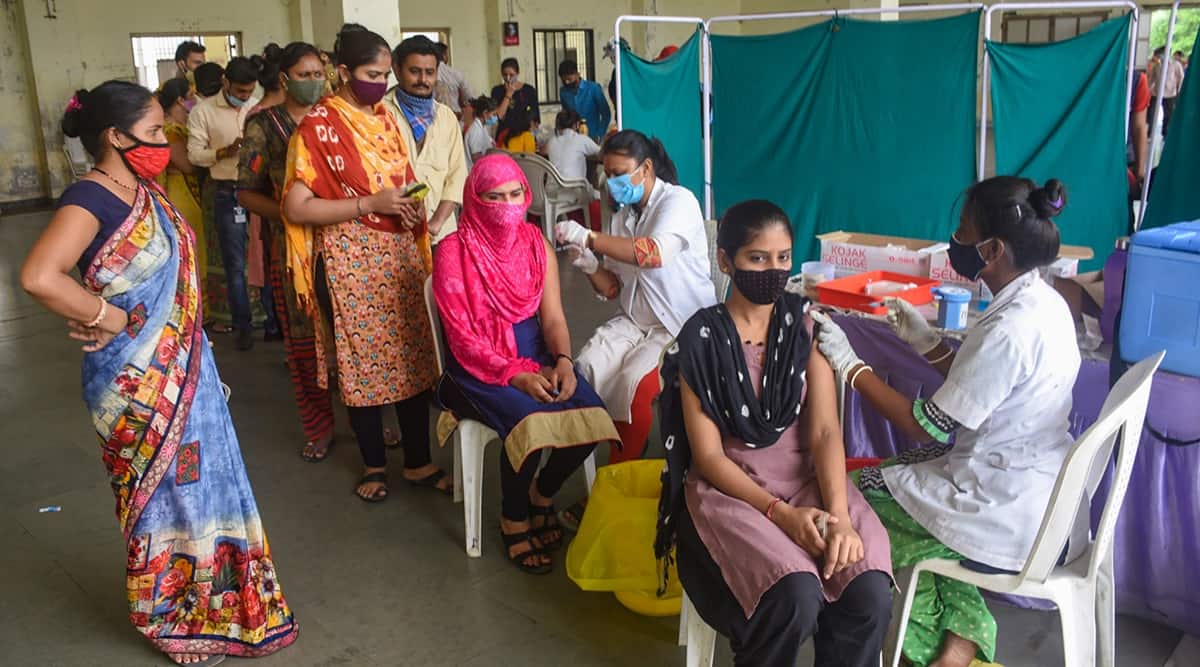 “In the last 24 hours, 47,092 new cases have been registered,” Union Health Secretary Rajesh Bhushan said at Thursday’s briefing on the pandemic situation.

“We should not forget that the second surge of Covid-19 cases has not concluded. Therefore, we cannot lower the guard, and we have to adopt Covid-19-appropriate behaviour,” Bhushan said.

Dr Bhargava said that with cases continuing to rise in some parts of the country, full (both doses) vaccination should be a prerequisite for all participants in case a gathering is unavoidable.

“I have a few points to make,” Dr Bhargava said. “We know vaccines prevent severe disease and death. Therefore, it is absolutely essential to wear a mask even after vaccination.

Second, I want to emphasize that mass gatherings should be clearly discouraged, particularly in the upcoming festival season. The third is that full vaccination should be a prerequisite if it becomes critical to have a gathering.”

A record 18.38 crore doses of Covid-19 vaccine had been administered in August, the Centre said on Thursday. Fifty-four per cent of the country’s eligible (adult) population have received at least one dose, and 16 per cent are now fully vaccinated, Bhushan said.

Dr Paul underlined the importance of vaccination, and warned of a possible new surge after the festival season if Covid-appropriate behaviour was not followed.

“The key message we want to convey with all humility is that we have to be careful, particularly in the context of the festival season that is coming up. Therefore, even as we accelerate the uptake of the vaccination programme, our precautions must continue and get intensified. We cannot celebrate festivals in a crowd. There cannot be a large gathering,” he said.

“The x-factor is the behaviour of the virus. If the virus mutates, it can unsettle our preparations. We have to be careful. Those who are not vaccinated should come forward [to be vaccinated]. No one should be left behind. Specifically, pregnant women should be vaccinated. It offers protection to both the mother and the child,” Dr Paul said.

While the national weekly positivity rate remained under 3 per cent for the ninth consecutive week, the Centre expressed concern about the 39 districts that are reporting a weekly positivity of more than 10 per cent.

“These 39 districts are from Kerala and the Northeastern states. Also, 38 districts are reporting a weekly positivity between 5 per cent and 10 per cent. We are highlighting this because WHO says if the positivity rate is less than 5 per cent, and if you are testing 140 persons per 10 lakh population on a daily basis, then we can say things are under control. Therefore, states need to monitor those districts where positivity is more than 5 per cent,” Bhushan said.